Party people! I mean can we even call ourselves party people during a pandemic? Nonetheless, we may all be, more or less, confined to our homes, but our favorite billionaires are out doing what they do: traveling and spending their money. Good for them. It must be nice. Sheldon Adelson and his wife just gave big money to a Super PAC supporting Mitch McConnell's re-election campaign, among other GOP senators. Mark Zuckerberg is on vacation in Hawaii and is taking his sunscreen very seriously. Robert F. Smith continues to do good with his billions. And finally, Steve Ballmer and his wife made a generous donation to end gun violence. Get settled in, this is the latest edition of the Billionaire Roundup.

Las Vegas-based billionaire Sheldon Adelson and his wife Miriam donated $25 million to a Super-PAC called the Senate Leadership Fund that supports the election of Senate Republicans like Mitch McConnell and Joni Ernst. The Super-PAC raised $30.2 million in June and 83% of that was from Adelson. They have donated more than $100 million to the Super-PAC over the past 4 years. The $25 million is the biggest donation the Adelsons have made this year. Adelson has a net worth of $28 billion. He is the owner of the Las Vegas Sands Corp. which owns and operates the Venetian Hotel in Las Vegas. He is also the owner of the Las Vegas Review-Journal newspaper. 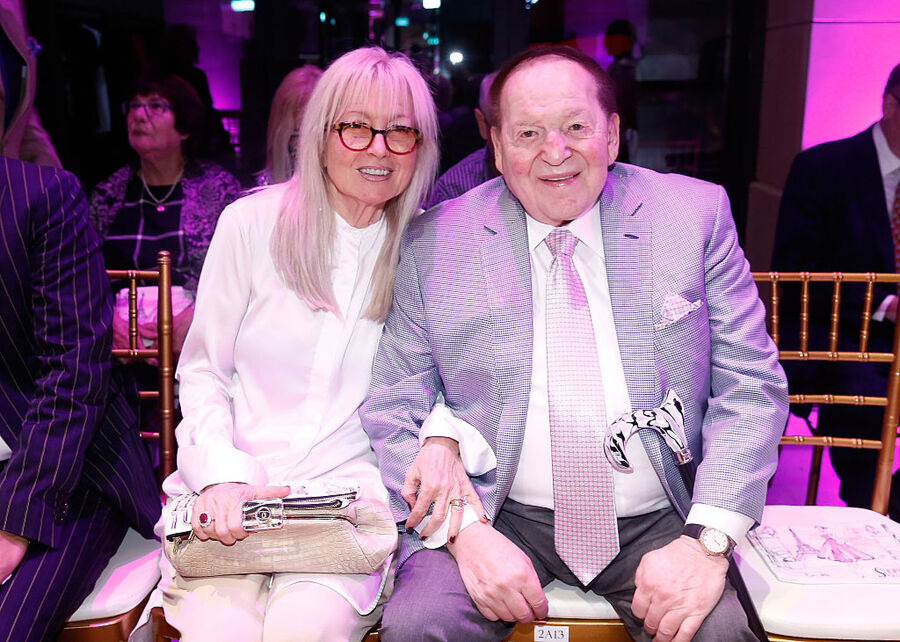 Mark Zuckerberg Slathers On The Sunscreen In Hawaii

Mark Zuckerberg was recently on vacation in Hawaii. He was spotted surfing in a long sleeve blue shirt and black shorts. Nothing too unusual there. His face, however, was so covered with thick, white sunscreen from his hairline to his chin that he looked like he was wearing a mask. One Twitter user compared Zuckerberg's look to the Joker. The billionaire Facebook founder was not surfing in a traditional manner beyond his excessive sunscreen. He was riding a $12,000 eFoil electric board. So yeah, he wasn't paddling out and waiting for a wave. He turned on his electric surfboard and rode it over the water. Over the years, Zuckerberg has purchased a lot of land in Kauai. He actually has the nerve to sue native Hawaiians for their land so he can build his mansion. There's a Change.org petition to stop Zuckerberg with nearly 850,000 of the 1,000,000 signatures it is seeking.

Robert F. Smith is out there doing good again. He's donating $1.9 million to research prostate cancer in black men. The fact is that black men are 76% more likely to be diagnosed with this specific cancer than white men. His money is going to the Prostate Cancer Foundation. Smith's donation will be used to develop a test named after him that can use the DNA in saliva or a blood sample to find genetic markers that indicate a likelihood of developing prostate cancer. There will also be a study to identify factors linked to aggressive prostate cancer in black men. The study is expected to last five years. Most of the prostate studies to date have focused on white men of European ancestry. The test is expected to cost less than $90, lowering the socio-economic barrier to health care. The National Institute of Health revealed that black men are more likely to be diagnosed with the aggressive form of prostate cancer. Black men also have a higher risk of dying from the disease (4%), while the death rate in white men with aggressive prostate cancer is 2%.

Steve Ballmer and his wife Susan have made a $7 million donation to Everytown for Gun Safety, a national gun control group co-founded by billionaire Michael Bloomberg. The contribution was made in April and is the latest in a number of donations by the Ballmers to end gun violence. Through their foundation, Steve and Susan Ballmer have made larger and larger political donations, focused mainly on eradicating poverty in the U.S. This newest donation, however, is the largest they've made to-date.