Party people! How's it hanging? Are you still on lockdown or have you thrown open the door to your home, torn off your mask, and just decided Covid-19 is over? I'm not going to judge you, because that's not my style, but put that mask back on so we can all have some semblance of a summer. I kid, mostly. Anyway, our favorite billionaires continue to make news even though the world is still in the middle of a pandemic with no vaccine on the horizon. WeWork may have dumped its controversial founder and former CEO Adam Neumann, but it still has a private jet (with quite a story attached to it) that it needs to sell. Yeezy is still his narcissistic self, but now that he's a billionaire officially, he's also looking into expanding his business into the beauty industry. He certainly married into the right family for that! Billionaire Robert F. Smith has a plan to funnel billions towards Black-owned businesses in America. And finally, I hope you aren't hoping to receive money that Square owes you because they aren't paying it out right now.

Adam Neumann, founder of WeWork, has been shown the door after his tenure as CEO that was marked by poor management and leadership, excessive spending, and alleged bullying of employees. However, WeWork still has the company's private jet, a swanky 2018 Gulfstream G650 to sell. In 2019, the company put the jet on the market for $60 million after the IPO Neumann was planning fell apart. Now, the jet, which is one of the most expensive and luxurious models of private jets on the market today, has been marked down to $49.9 million. Brand new the jet costs at least $65 million. The G650 is considered to be the biggest, fastest, and best private jet money can buy. Unfortunately, WeWork, which is currently being run by Softbank, cannot find a buyer for the jet. Neumann's palace in the sky has flown for just 414 hours and had 131 landings. When WeWork attempted its ill-fated IPO, employees of the company were upset that Neumann spent $60 million on a jet when the company was losing money hand over fist. They have a point. Anyway, if you have enough friends, maybe you can pool your resources and buy this jet. I'd wash it in bleach and sage it before flying in it, but that's just me.

Yeezy Files Trademark To Get Into The Beauty Biz

Is there anything that Kanye West can't do? He's a rapper, a fashion designer, he runs his Sunday Service like a cult leader, he's made noise about potentially running for president in four years… and now he wants to tackle the beauty industry. But wait, doing so would put him in direct competition with his wife Kim Kardashian West who owns KKW Beauty and his sister in law, Kylie Jenner who founded Kylie Cosmetics and sold a majority stake of her company to Coty for $600 million in late 2019. Yeezy, unlike Kylie, IS a billionaire, however. In early June, West filed a new trademark application with the U.S. Patent and Trademark Office for a line of new products to be marketed under his Yeezy brand. Those products include makeup, perfumes, skincare, hair care, nail care, face and body glitter, baby wipes, hair removal cream (that's a TMI I can't unsee that thing for Kim), as well as aromatherapy pillows, bath crystals, essential oils, scented stones, and scented pine cones. 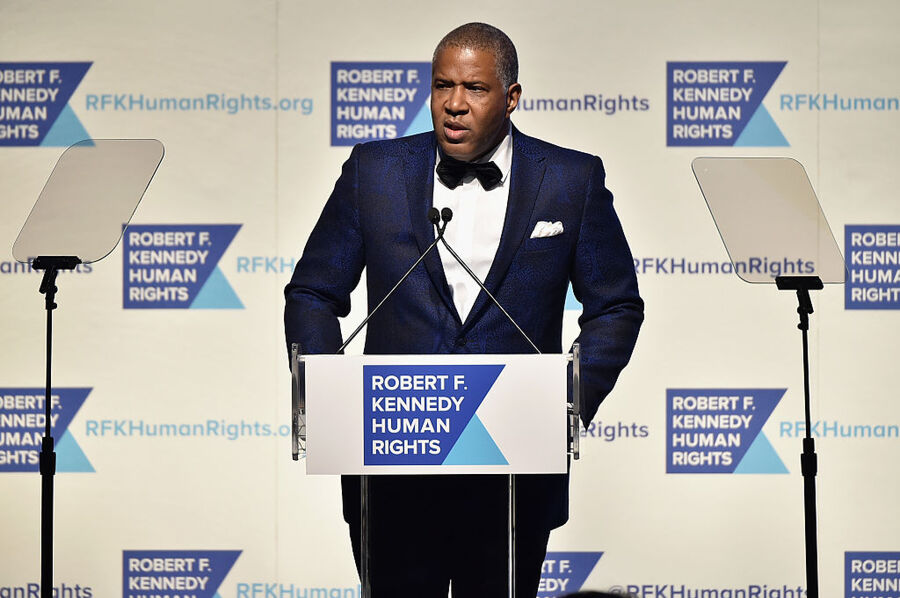 Robert F. Smith's Plan To Get Billions Into The Hands Of Black Business Owners In The U.S.

Billionaire investor Robert F. Smith has a plan to reverse corporate America's history of systematic racism. In a keynote address he gave, he said that big corporations should use 2% of their annual net income for the next 10 years to benefit minority communities. He made this comment after a sent a plan to CEOs that calls on big banks to invest in Black-owned businesses and minority-run entrepreneurial companies. He said that Black and minority communities have been abandoned by large banks. These communities need capital to build their business and local infrastructure and institutions. Smith called it reparative capital and said that investing directly in these communities would be the fastest way to bring more economic justice to Black Americans. Black Lives Matter, people. Racism is evil and hatred and wrong. We can no more help the color of skin we are born with than we can our eye color.

I think we can all agree that what we all need in this pandemic (except maybe people who are multi-millionaires and wealthier) is cash. Cash, as they say, is King. Well, I hope you don't run your business using Square for payments. The Jack Dorsey founded and led company is reportedly withholding about 30% of its payments, forcing the customers that rely on those payments to lay off employees and skip their own bills, including rents and mortgages. With the unemployment rate soaring in the U.S. right now (2.5 million people filed for unemployment in May with a 13.3% national unemployment rate) this doesn't seem like good business. Square claims the new policy, which allows the company to withhold up to 30% of payments due to customers, is to protect against "risky" transactions that may carry a higher than usual rate of refunds. However, sellers claim that Square is holding back thousands in payments for up to 120 days, whether or not the seller has any risky transactions. More than 1,400 businesses have signed a petition asking the company to stop withholding funds. Sellers commented that they feel like they are keeping Square afloat during the pandemic when they are the ones that need to keep their heads (and businesses) above water. Those sellers have a point. After all, Dorsey is a billionaire several times over. Your average mom and pop business using Square to process payments is not.