By Amy Lamare on February 13, 2016 in Articles › Billionaire News

It is another week and our favorite billionaires (and millionaires) are out and about in the world doing what they do best: spending money and running their mouths. In all seriousness though, there are a few surprises this week, such as who beloved former President Jimmy Carter endorses in the presidential race, a billionaire seeking diplomatic immunity for an unusual reason, and some not-so-surprising things, like the entitlement of a billionaire's son. Let's get on with it, shall we?

I'll let you recover for a moment. Surprising, right? Former President Jimmy Carter has endorsed Donald Trump as his choice… for the Republican nomination. Given the choice between the Donald and Ted Cruz, Carter chose Trump because he believes the real estate mogul is completely malleable. "I don't think he has any fixed opinions that he would really go to the White House and fight for. Ted Cruz is not malleable. He has far right wing policies… that would be pursued aggressively if and when he would become president," he said. Make no mistake; Carter will not actually be voting for Trump, he just sees him of the lesser of the two evils he was presented with. 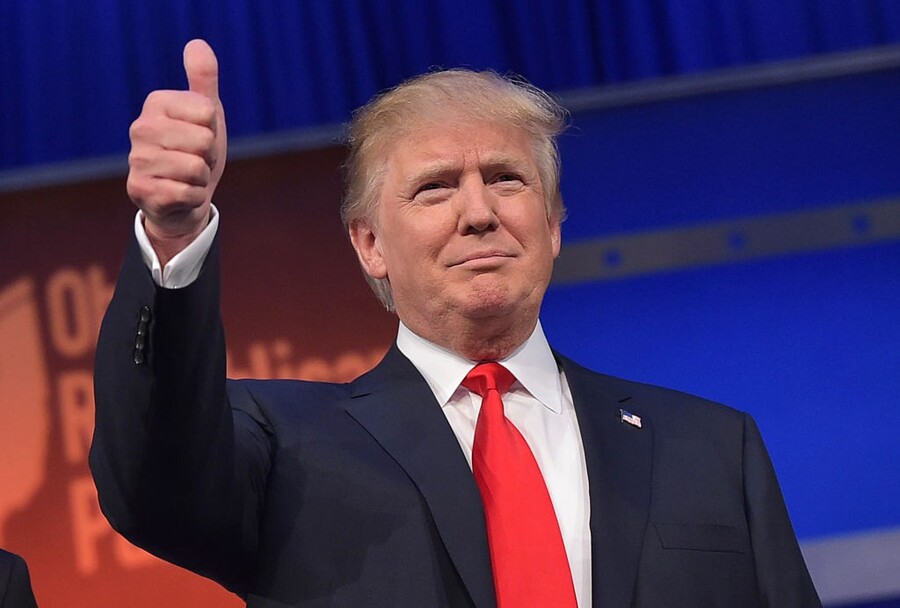 Saudi billionaire Sheikh Walid Juffali's was seeking diplomatic immunity in his divorce from former model Christina Estrada after 13 years of marriage and one child. If you remember the story, the Sheikh had resided in England with Estrada for many, many years. But then he went back to Saudi Arabia and married another woman. It was only after that that the Sheikh decided to let Estrada go and invoke diplomatic immunity to prevent Estrada from laying claim to any part of his $5.7 billion fortune. Shady, right? The Sheikh asked the London family court judge to throw out his ex-wife's claim on the basis of the fact that he is protected from legal action in the UK because of the diplomatic immunity he has as a permanent representative to the International Maritime Organization by the island of St. Lucia.

However, the judge struck down the Sheikh's plea and dismissed it as "spurious." It was revealed that his diplomatic immunity was a bit of a sham, as the Sheikh never attended any meeting of the International Maritime Organization, and, in fact, may have sought his position just for the possibility of using diplomatic immunity in his divorce. The judge in the case agreed, saying: "I am satisfied that what has transpired here is that he has sought and obtained a diplomatic appointment with the sole intention of defeating Estrada's claims consequent on the breakdown of their marriage."

Google's parent company, Alphabet, was briefly the most valuable company in the world and if I was a betting woman, I'd lay odds it will regain the top spot again in the near future. Alphabet's CEO Sundar Pichai is reaping the benefits of the company's high profile, in some ways at least. Rather than paying him a huge salary, the company gave him the equivalent of stock worth $200 million. Pichai can start to cash in the shares for cold hard cash next month if he would like to. All he has to do to get the full amount of the stock is keep his job until the end of 2019. Three years for $200 million? That's not a bad gig if you can get it.

Donald Trump Jr. Whines About How Hard It Was Growing Up The Son Of A Billionaire

Earlier this week, Donald Trump Jr. whined about how, as the son of a billionaire, he "can't even have an opinion anymore." He was responding to a question about how it was that he grew up as a normal person… which was a bizarre question to ask him, given his history of big game hunting. Normal people don't go out and shoot cheetahs for fun and then pose holding the dead animal. Trump Jr. insisted he wasn't a trust fund baby. He worked his way up the ranks of the family business.

"We were very fortunate. We experienced great things, but we were spoiled the right way. We were spoiled with great education, great experiences, we weren't spoiled with cash. You know, like I said, I'm the only son of a billionaire who can drive a D10 just because those were the jobs that I had growing up."

Do you hear that? It is the world's tiniest violin playing in sympathy for the poor little rich boy.