By Amy Lamare on February 5, 2016 in Articles › Billionaire News

We live in a very strange world, people. The number one ranked book in several categories on Amazon is an erotic novel about Donald Trump. I'm sorry if that just made you spit your coffee at your computer screen, but it is true!! Also, remember when Sheldon Adelson bought the Las Vegas Review-Journal and newspaper employees across the country had a collective hissy fit? Well, it turns out, their fears about the massive GOP donor may have been right on after all. Billionaire Robert F. Smith has made an enormous donation to his alma mater, with a fascinating catch. Finally, Adele really wants Donald Trump to stop playing her music.

Other winning lines from the book include: "His voice wrapped around my body like queso around a smothered burrito," and "With his oily orange skin glistening in the sunlight as if he were a soggy cheeto, his hair unkempt and messy, like a gorgeous rat's nest. He was beautiful." Daniel dedicated the book to alcohol and marijuana. 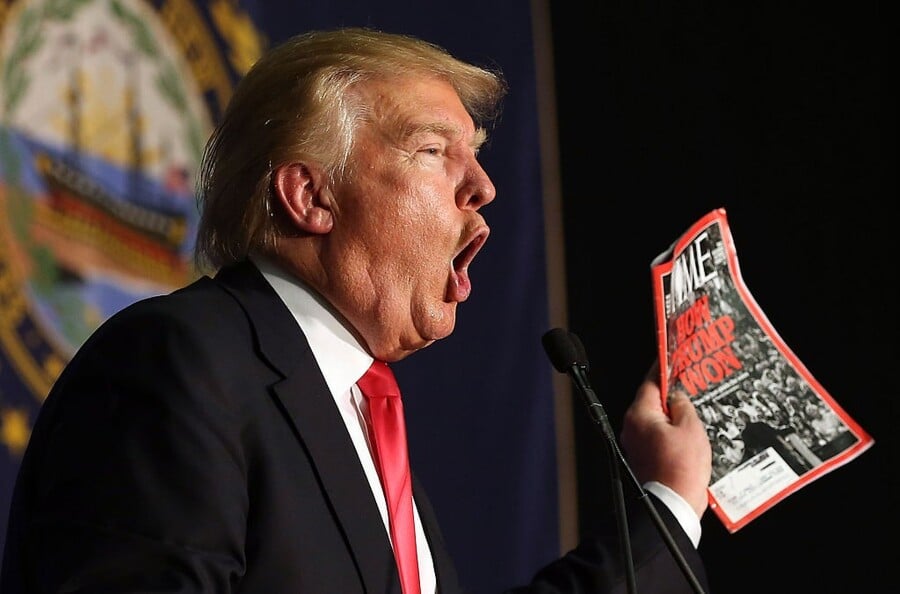 If employees of the Las Vegas Review-Journal had any doubt about Sheldon Adelson's intentions for their newspaper, they no longer do. Last week Adelson fired 40-year-old publisher Jason Taylor, a rising star in the newspaper industry, and replaced him with his own man, 65-year old former USA Today publisher Craig Moon. Moon will be responsible for choosing the newspaper's next editor. Taylor has been at the helm of the RJ since July 2015 and had uprooted his wife and children ages 11 and 15 for the job in Las Vegas.

What does this mean for the Review-Journal? Well, the paper has always been praised for its independent and often rebellious coverage of the new owner.  In regard to the change in publisher, the paper released only a washed down, simple press release, which is out of character for the RJ. Also, an in depth disclosure about Adelson's business interests which previously appeared on page three of the print edition has disappeared. In the past, Review-Journal writers have live-tweeted and made on-the-record statements. That has been shut down by Adelson and the new publisher.

It is now all but confirmed that Adelson will decide which GOP candidate the paper endorses in the Nevada Republican presidential primary on February 28th. Nevada is a pivotal swing state.

Sources inside the newsroom report that the mood there is grim. They are preparing to pack up their desks, expecting to be let go—especially if they have been vocal about the newspaper's ownership change or Adelson's business dealings in the past, which from the sound of things, is most of the newsroom.

It seems the newspaper industry had a reason to worry after all. Adelson is working to ensure that the Review-Journal reports only the news HE wants printed. That is very dangerous indeed.

Billionare Robert F. Smith, the founder, chairman and CEO of Vista Equity Partners, made a $50 million commitment to his alma mater, Cornell University's School Of Engineering. As a result, the school will be renamed the Robert Frederick Smith School of Chemical and Biomolecular Engineering at Cornell. Smith's donation will fund the Robert Frederick Smith Tech Scholars Program which he stipulated should focus on providing financial aid  for minority and female students.

Smith is the richest African American man in the United State with a net worth of $2.5 billion. He is the second richest African American behind Oprah Winfrey. In 2000, Smith launched Vista Equity Partners. In the 16 years since then, Vista has grown to nearly $16 billion in assets and generated insane returns for its investors. Vista has delivered a whopping 31 percent average annual rate of return to its investors since 2000.

Trump Called Out By Adele And She's Not Saying Hello

Donald Trump is like a bull in a china shop. He just barrels ahead, taking what he wants, without caring about the consequences. Such is the case with the music he's been playing at his rallies. On two separate occasions, Trump used Adele songs without the singer's permission. He played "Rolling in the Deep" when he introduced Sarah Palin in Oklahoma and "Skyfall" at a rally in Ohio. Now the English singer is fighting back. She released an official statement through a spokesperson that said, "Adele has not given permission for her music to be used for any political campaigning."

This isn't the first time Trump has used a song without getting the artist's permission. Previously, R.E.M.'s Michael Stipe and Aerosmith's Steven Tyler asked Trump to stop using their songs after he played them at rallies on the campaign trail.