Billionaire Roundup: The Elon Musk Edition (With A Side Of Kim And Kanye)

First, we'd like to welcome Kanye West to the three comma club. It was just a few years ago that the headlines were screaming "Kanye is broke," and now look at him! We've got tea to spill from behind the Kardashian-West home's front doors. Other than that, this is a pretty special edition of the Billionaire Roundup because it's the one in which Elon Musk finally lost what was left of his mind and went full-on Howard Hughes. Someone needs to intervene and take Twitter away from him because the things he's been posting are straight-up coo-coo for Cocoa Puffs. Buckle up, party people, we're in for a wild ride.

While Kanye West can revel in his billionaire status, reportedly, his wife, Kim Kardashian, is not that happy with him. Reports are surfacing that he is on her last nerve. Girl, we feel you, self-isolating with him must be exhausting. That said, apparently, Kim is taking issue with his lack of parenting of their four children, North, 6, Saint, 4, Chicago, 2, and Psalm, 11 months. Kim said all of the parenting falls on her because Kanye is focused on his creativity. We hope they work it out. Rumors of divorce have circulated around the couple before as well as reports that Kim feels trapped in her marriage. The coronavirus induced isolation probably isn't helping.

Oh, y'all, Elon Musk must be off his meds or something because his tweets are crazier than ever. This week he published a tweet that said, "Hospitals in California have been half-empty this whole time." He then pushed the narrative that because hospitals aren't slammed like the ones in New York City that the government basically has us on house arrest. He then went on to post a bunch of "Free America Now" type tweets and made less and less sense (as if he ever did) as he went on. 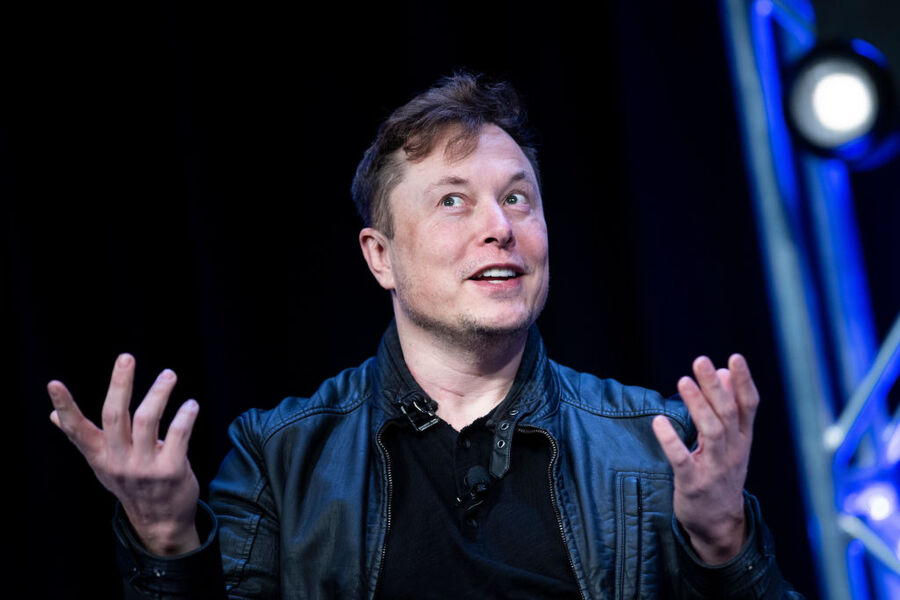 Elon Musk Selling All Possessions, Will Own No House

On Friday, May 1, Elon Musk tweeted "I am selling almost all physical possessions. Will own no house." He followed that up with "Just one stipulation on sale: I own Gene Wilder's old house. It cannot be torn down or lose any its soul." And then "My gf "Grimezsz is mad at me. And I bet she is as she is due to give birth to the couple's baby next week. After that, Musk started tweeting lyrics to the Star-Spangled Banner. Musk has been a harsh critic of the global response to the pandemic as well as California's stay-at-home orders. During Tesla's first-quarter earnings call on Wednesday, April 29, he called them fascist. He said: "It's breaking people's freedoms in ways that are horrible and wrong and not why they came to America or built this country. What the f–k? Excuse me. Outrage." Musk owns several homes in California valued at over $100 million, including six adjacent homes in the Bel Air neighborhood of Los Angeles. Later on, he tweeted that possessions weigh you down and he is devoting himself to Earth and Mars. You do you, Elon.

After Musk's Twitter tirade, shares of Tesla fell more than 10% and wiped $14 billion off of the company's value. He also tweeted that Tesla's stock was too high, which contributed to the selloff of stock. Minutes after Musk tweeted "Tesla stock is too high, IMO" shares fell sharply. As of this writing, Tesla stock is down 10.3% to $701.32.  At the opening of the market on Friday, May 1, shares were trading at $770.49. On Thursday morning, shares were trading at $855.70.