Billionaire Roundup: Tech CEOs And Layoffs Edition With A Side Of X Æ A-12 Musk

Hey party people! I hope everyone is safe, healthy, and surviving the stay-at-home/shutdown orders of your state or city. If you've been furloughed or laid off, know that our thoughts are with you as so many of our friends and family members are also facing these economic hard times. There's been a rash of layoffs and furloughs in the tech industry this week, especially at Airbnb and Uber – two companies that have taken a huge hit in this stay-at-home and no traveling period we are experiencing. We'll dive into those things in the paragraphs ahead, but we cannot believe what Elon Musk and Grimes named their baby.

Dear Mom And Dad (Musk and Grimes) Just What The Heck Did You Name Me?

So Elon Musk and Grimes had their baby. It's a boy. And the name they chose is straight-up crazy. According to Grimes, it's some combination of Elven language and, according to Grimes, the couple's favorite aircraft. Who knew that (a shared favorite aircraft) was a thing? Anyway, I'm sure you've heard, but the newborn boy was named X Æ A-12. What even is that? What is the kid supposed to be called? Hopefully, he will grow up and look at his weird parents and rebel because of the name. Anyway, who knows why Musk does any of the weird things he does. But in other good-ish news, at least he found someone equally as quirky in Grimes. There really is a pot for every lid, as the saying goes. 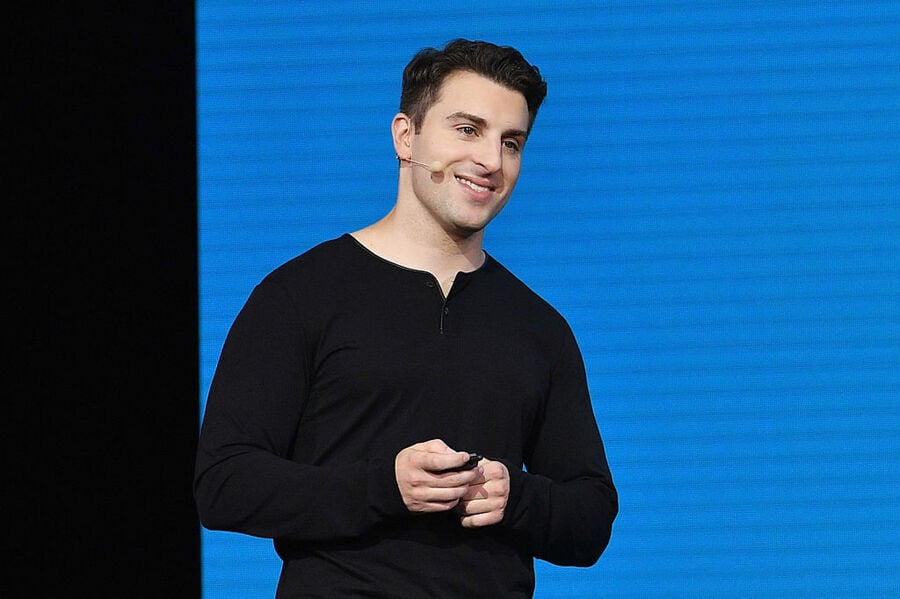 Airbnb Lays Off 25% Of Its Staff, CEO Brian Chesky Pays Salaries And Healthcare For Many Months

More than 30 million people are unemployed and counting. It isn't a shock that Airbnb is one of the companies taking the hardest hit in this pandemic. Travel has pretty much halted. Concerts have been canceled. Vacations wiped out. Weddings postponed. All the typical reasons we have for renting an Airbnb on a trip are on indefinite hold. This has led to Airbnb's need to cut about 1,900 from its 7,500 strong workforce. This is one of the biggest layoffs out of Silicon Valley due to the effect of COVID-19. But, Airbnb is not your typical company. They didn't just cut them in a cold and uncaring matter. Quite the opposite. CEO Brian Chesky told those who were being laid off that they will be receiving 14 weeks of base pay plus one additional week for every year at Airbnb and tenure will be rounded up to the nearest year. Someone at Airbnb for three years and seven months, for instance, will get an additional four weeks of pay for 18 weeks total. Additionally, Airbnb is paying for a full year of COBRA health insurance for all 1,900 of its staff it let go. Clearly, Chesky is not one of the "bro types" of Silicon Valley as this move signals his heart and empathy. Thank you for that, Mr. Chesky.

Not surprisingly, Uber and Lyft are also fighting the economic downturn of the stay-at-home orders. I, for instance, don't have a car and rely on Uber and Lyft for 100% of my need to get somewhere that isn't within walking distance. I haven't been in a rideshare car since March 2nd. So the loss in revenue from me alone over the past two months is around $300-500. Now multiply that times all of their users and the loss of income is nearly as staggering as Airbnb's. Uber's global gross bookings are down 80% since April. Uber is reporting 14% of its staff, roughly 3,700 people, mostly from its customer service and recruiting departments. However, CEO Dara Khosrowshahi has, in another good guy move by a tech CEO, announced that he will also forgo his base salary for the rest of the year, which was $1 million in 2019.

Similarly, Lyft has also seen a crazy high reduction in bookings, as well as revenue from subscription plan Lyft Pink and other membership programs. Lyft has laid off 17% of its workforce. That's 988 people for the company. During a recent call on quarterly earnings, Lyft CEO Logan Green said bookings on the app were down 75% in April. Lyft reported a $398 million loss during its quarterly earnings call. Lyft has also furloughed 288 employees and reduced salaries for exempt employees for a three month period. Lyft's executive team will take a 20-30% pay cut. All other non-furloughed employees will have their salaries reduced by 10%. Members of Lyft's board of directors have also agreed to forgo 30% of their cash compensation for the second quarter of 2020.

We don't want to ruffle the feathers of any supporters of Donald Trump with this news at all. It's just fascinating when a billionaire makes a huge donation to either (or any for you third party people) political party or partisan candidate. The Lincoln Project is an anti-Trump super-PAC founded by prominent Republicans, including George Conway, husband of the one and only Kellyanne Conway. The group released a video called "Mourning in America," a riff on Ronald Reagan's 1984 "Morning in American" campaign ad. We won't get into the content of the ad, because again, we don't want to ruffle anyone's feathers. But Christy Walton was revealed to be among the biggest donors to the super-PAC.