Billionaires, they're just like us in a pandemic – sitting at home and binging on television content. They're just doing it from far nicer homes. And perhaps, like Bill Gates, they've been storing food for years in anticipation of a global pandemic. I mean, at least he gets to shelter in place in his 66,000 square-foot Seattle area home. Billionaires also have access to COVID-19 tests that regular people don't. Times are tough all over right now nonetheless. Sir Richard Branson's Virgin Australia airlines filed for bankruptcy. Now he's looking for help from the UK's government to save his airline. And finally, while some states are loosening restrictions and reopening, California has appointed a commission of people to aid in the state's decision to ease restrictions down the road. The commission is made up of a Who's Who of California leaders including former governors, billionaire Tom Steyer, and former Disney chief Bob Iger. Stay home. Stay healthy. This is the latest edition of the Billionaire Roundup.

Bill Gates Has Been Storing Food For Years

Reportedly, Bill and Melinda Gates have been storing food in the basement of their 66,000 square foot home for years. This makes sense if you think about it, the Bill and Melinda Gates Foundation focuses on, amongst other things, public health, and infectious diseases. Bill stepped down from Microsoft to run this arm of his foundation. He's been studying pandemics and talking to experts for years. And Xanadu 2.0, his home, is prepared. In an interview with BBC Radio, Melinda Gates said:

"A number of years ago, we had talked about, you know, what if there wasn't clean water? What if there wasn't enough food? Where might we go? What might we do as a family? So I think we should leave those preparations to ourselves. But absolutely we had prepared and had, you know, some food in the basement in case."

Bill Gates has been warning people about a pandemic for years, saying in a 2015 TED Talk that the world wasn't "ready for the next epidemic" and repeating the sentiment in a 2017 op-ed where he wrote that the next epidemic could be "a super contagious and deadly strain of the flu." In early April, Gates said that the coronavirus pandemic would be the "biggest event" of most people's lifetimes. On April 15, the Bill and Melinda Gates Foundation announced it would provide $150 million in funding to get additional medical supplies and to help scientists discover treatments and a vaccine for COVID-19. The foundation has donated a total of $250 million to aid global coronavirus response efforts. 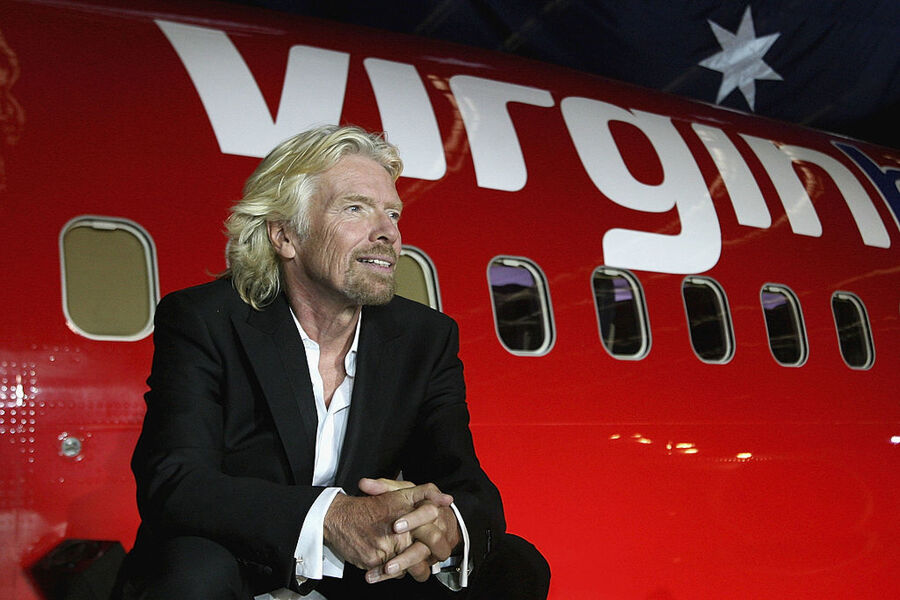 Neighbors are getting fired up in Saint Tropez on the French Riviera after it was revealed that billionaire residents have access to COVID-19 testing while locals of lesser means do not. Les Parcs de Saint-Tropez is a gated compound where some of the world's richest people own homes. The community has its own private testing site. Billionaire residents and their friends are eligible to be tested for the virus at this location. The exclusive service is thanks to the president of the compound's homeowners' association, Jean-Louis Oger. Oger is a rich pharmacist turn entrepreneur who owns several clinics and labs in the south of France. LVMH chairman Bernard Arnault, Indian steel magnate Lakshmi Mittal, and former Harrods and current Ritz Paris owner Mohamed Fayed all own palatial villas in the compound.

Locals became upset when they found out the compound has access to tests while the nearest hospital, Pole de Sante du Golfe, does not have access to coronavirus tests. When told the Saint-Tropez hospital did not have tests, Oger reportedly responded: "That's not my concern."

Sir Richard Branson's Virgin Australia is the country's second-biggest airline. This week, it entered voluntary bankruptcy protection as the coronavirus pandemic has all but halted global travel.  Virgin Australia filed for bankruptcy after it failed to secure the required financial assistance from state and federal governments in Australia. Virgin Atlantic is also on the verge of bankruptcy. At the start of the pandemic, Branson asked his airline staff to take eight weeks' unpaid leave. He was sharply criticized for this move, with members of Parliament suggesting that Branson should use his net worth to pay the unpaid leave and that it could be covered by the "interest on your wealth." Branson has a net worth of $5.1 billion.

Branson wrote an open letter to "the Virgin family" in which he thanks his 70,000 staff and addresses "comments" on his "net worth" and the need for government money to support the businesses they work for. Last week Virgin Atlantic was told by the U.K. government to resubmit its proposal for its coronavirus $622 million bailout package as the government rejected the initial bid from Branson and Virgin.