Billionaire Roundup: Shenanigans, Bamboozling, And Other Problems Of The 1%

As the 2016 U.S. Presidential campaigns march on, more and more bizarre things keep happening. It will be interesting to see how we look back on this election cycle in 20 years, especially with regard to the dearth of billionaire donors to the GOP. Billionaire George Soros has been analyzing China's economy and he notices a troubling pattern that investors and others should take note of. Remember when Sheldon Adelson bought the Las Vegas Review Journal and people started freaking out? Well now, one respected columnist has a real reason to worry.

Where Are The GOP's Billionaire Donors?

We are pretty far into the election cycle to say this: The Republican party has a money problem. GOP billionaires are just not giving to the campaign this year. Experts predict that to mount a general election campaign for the presidency, the GOP candidate (presumably Donald Trump) will need to spend at least $1 billion. So far in this election cycle, Hillary Clinton has raised the most money.

This lack of big money donations to the Republican party isn't because they lack wealthy members supporting the cause. It is just that for some reason, the big donors of past election cycles are staying away so far. This includes Sheldon Adelson who spent $100 million of his own money in the 2012 elections. So far in 2016, he's given a few thousand dollars to various candidates and causes.

Even the Koch brothers are staying away. In an interview with ABC News, Charles Koch said that he wasn't planning to back any of the Republican candidates. He also mentioned that it was "possible" that Hillary Clinton is better suited for the presidency than any of the GOP candidates.

It is going to be a fascinating election cycle, but without the big money donors, the GOP may have a hard time competing, period. 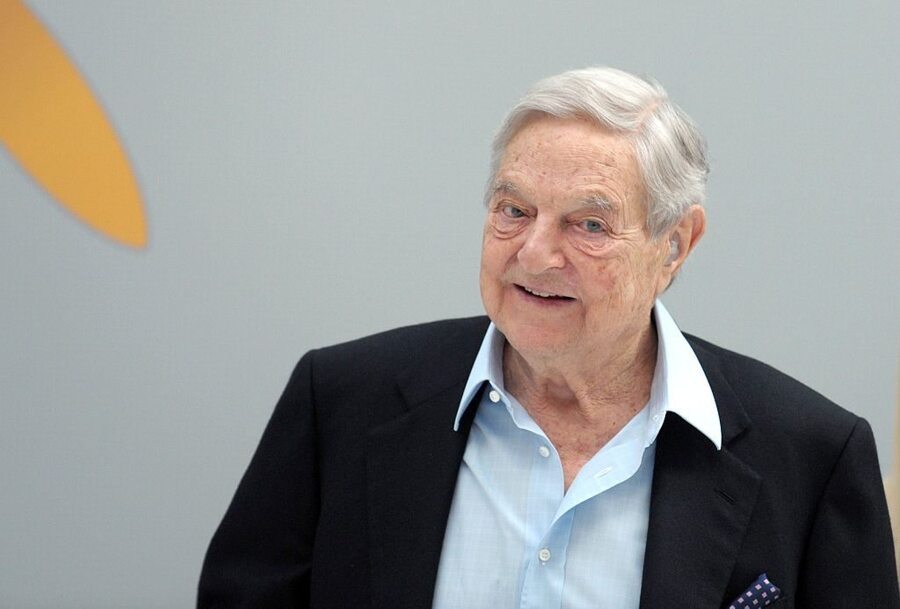 Is China's Economy On Verge Of Collapse? This Billionaire Thinks So!

Billionaire George Soros has been doing some research on China's economy and he doesn't like what he sees. Soros is warning people that China's economy is on the verge of collapse and if this happens it could plunge the world into yet another global financial crisis. Most of us have barely recovered from the last one, sheesh!

Soros noticed a big resemblance between China right now and the U.S. in 2007-2008 just before the U.S. economy tanked and sent us into the downward spiral we call the Great Recession.

Basically, it appears as if the Chinese government is prioritizing growth of debt and as such debt in that country is mounting daily. Sound familiar? While this tactic can keep people happy in the short term, it leads to long-term problems. This is exactly what happened in the U.S. just before the recession. Debt is being used to accrue more debt.

Also, China's real estate markets are experiencing a bubble very similar to the one the U.S. had before the Great Recession. Home prices are up more than 60% in some areas of China. As we know from our own experiences in the U.S., this kind of market is not sustainable.

If Soros is correct and the Chinese economy collapses, it will impact U.S. markets and trigger another recession.

Long time Las Vegas Review Journal columnist John L. Smith resigned when the new editor banned Smith from writing columns about the newspaper's owner, Sheldon Adelson. You may remember, in 2005 Adelson famously sued Smith in a defamation suit over a passage he wrote about the billionaire in his book Sharks in the Desert: The Founding Fathers and Current Kings of Las Vegas. The suit drove Smith into bankruptcy. At the time of the suit, Smith's daughter was undergoing treatment for brain cancer.

The RJ's new editor Keith Moyer made the gag order public on Saturday when he said: "As long as I'm editor, John won't write about Sheldon Adelson."

As you can imagine, that doesn't sit well with Smith or other writers who rightly feel it is censorship.

Smith has written about Nevada politics for the Review Journal for years. The ban on columns on Adelson was issued in January, shortly after the casino mogul purchased the paper. However, the last straw for Smith came when the gag order was updated to include Steve Wynn, who also unsuccessfully tried to sue Smith in the past.

With Smith unable to report on the moving and shaking of two of Las Vegas' most high profile residents, his hands were tied and he was left with no choice but to resign.