By Amy Lamare on December 13, 2018 in Articles › Billionaire News

How on earth is it already December? Our favorite billionaires are out and about and, as always, entertaining us. One of Donald Trump's daughters is dating a Nigerian billionaire. Remember when he called that country a "sh*thole country?" That had to make Thanksgiving awkward. We will dive into that a bit later. Another billionaire accidentally crashed his private jet into Donald Trump's 757… what's up with that? Facebook COO Sheryl Sandberg reportedly ordered dirt on billionaire George Soros. And finally, our favorite eccentric billionaire Elon Musk plans to live on Mars, even if it kills him. This is the latest edition of the Billionaire Roundup.

Tiffany Trump And The Nigerian Billionaire

Tiffany Trump has a new (ish) boyfriend named Michael Boulos. He's not a Nigerian Prince, but he is the son of a billionaire from Nigeria. Michael Boulos grew up in Lagos, the largest city in Nigeria. He comes from a wealthy, well-connected family. His family is of Lebanese origin. The two have been dating in secret since they met over the summer in Mykonos. Tiffany and her boyfriend spent Thanksgiving together and he has met most of her family. Tiffany's father, President Donald Trump, described Nigeria as a "sh*thole country in January 2018 when the President denounced immigrants by asking, "Why do we want all these people from sh*thole countries coming here?" He later took back that comment and we're happy to report that there wasn't an issue at Thanksgiving! 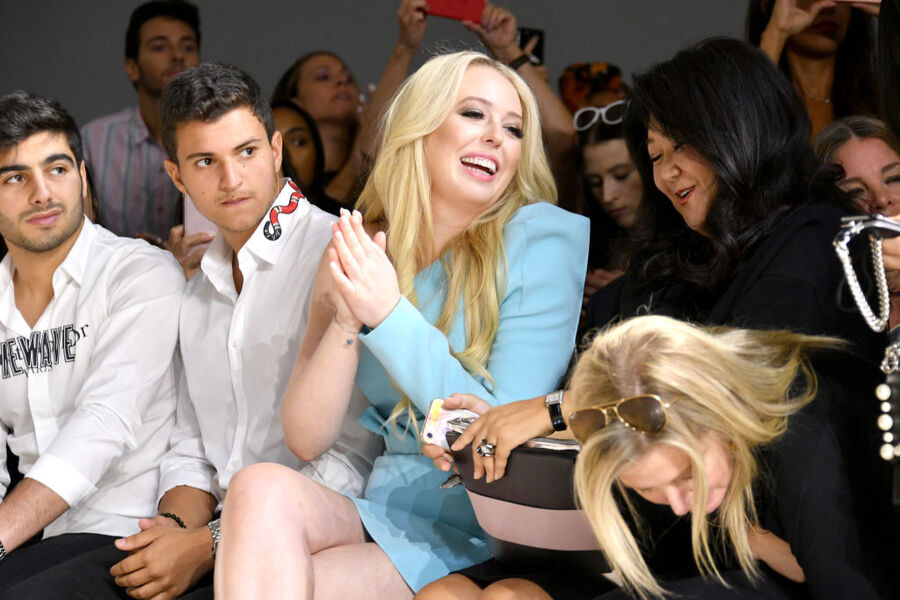 Recently, a private jet side swiped the infamous Trump branded Boeing 757 while it was parked at New York's La Guardia Airport. The owner of that jet is Guy Wildenstein – the ex-brother-in-law of plastic surgery queen Jocelyn Wildenstein. Jocelyn, for what it's worth, owns a full floor apartment in Trump World Tower. Guy Wildenstein's 1999 Global Express private jet clipped the President's plane. Guy and Trump have other things in common. For instance, they've both been on the wrong end of legal issues involving art. Guy is an art dealer who has been fighting tax fraud charges in France. Trump has been facing scrutiny for using funds from the Donald J. Trump Foundation to buy a portrait of himself.

Did Sheryl Sandberg Ask Facebook Staffers To Dig Up Dirt On George Soros?

Facebook COO Sheryl Sandberg reportedly asked for research on billionaire George Soros after the called Facebook a "menace to society." She wanted to know if he had made money "shorting" Facebook stock. Basically, Sandberg wanted to know if Soros stood to make money by slamming the social network. She asked for the information to a senior executive on Facebook's communications staff in January. The email came within days of a speech Soros gave at the World Economic Forum in which he attacked Facebook and Google as a menace to society. He called for the companies to be regulated. At the time, Facebook was mired in the scandal over its role in disseminating Russian propaganda.

Despite a near certainty of dying on the way and a climate that is inhospitable to human life, Elon Musk said in an interview on November 25th that he will probably move to Mars. The Tesla and SpaceX founder said that there is a 70% chance he will move to Mars. It is his goal to permanently relocate to the Red Planet and colonize it. This is just the latest in a series of bold announcements from the eccentric billionaire in recent years. Remember the time he said humans must merge with machines in order to not become monkeys? Or the time he said we were living in the Matrix? Yeah, we do too…