Billionaire Roundup: Running For President; Driving Into A Wall; Bouncing Some Balls; And Making Billions In Profit

It's another week and our favorite billionaires are out doing crazy things. A former New York City Mayor finally answered the question of whether or not he will enter the race for President of the United States. The former owner of the NBA's Oklahoma City Thunder took a long drive off a short bridge, avoiding jail time in the process. And finally, two of our favorite tech billionaires are highlighted in the latest edition of the Forbes billionaire list, for different reasons.

Michael Bloomberg Will Not Run For President

Three-term New York City Mayor Michael Bloomberg finally answered the question of whether he will or will not throw his hat into the three-ring circus that is the 2016 race for president. Bloomberg has opted not to run over concern that his independent bid for the White House would only hurt the Democratic nominee and thereby hand the presidency to Donald Trump or Ted Cruz.

Bloomberg spent several months mulling over a potential candidacy, but in the end, he decided that a three-way race would likely lead to no one being able to win a majority of the electoral votes. In that instance, the Republican controlled House of Representatives would take over and hand the race to one of the GOP frontrunners.

"That is not a risk I can take in good conscience," Bloomberg said. 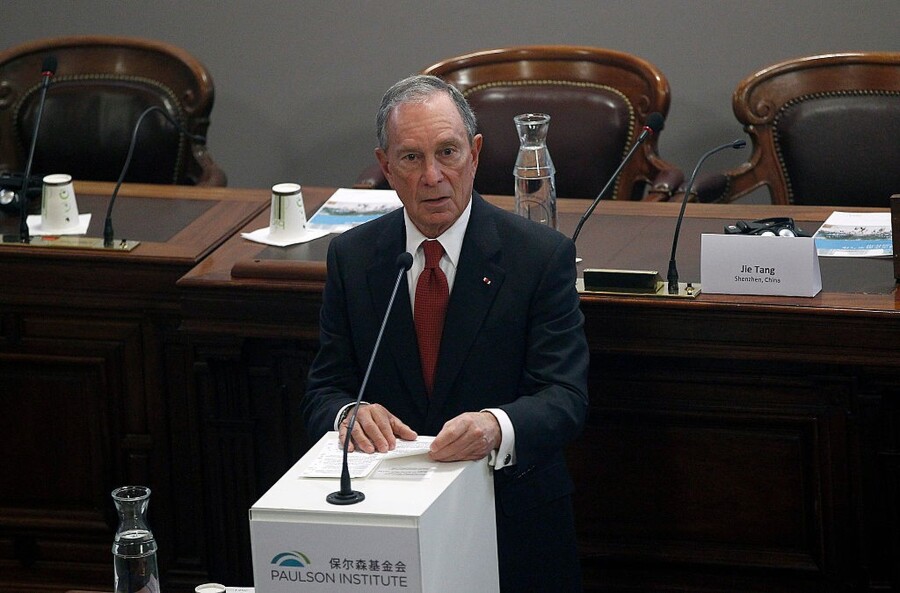 On a recent Wednesday morning, Aubrey McClendon, billionaire oil executive and pioneer of the U.S. fracking revolution, drove his 2013 Chevy Tahoe straight into a bridge on a quiet country road in Oklahoma. His SUV burst into flames instantly and killed the 56-year-old former NBA team owner. He was not wearing a seat belt.

The crash came just hours after McClendon was charged with conspiring to rig bids for oil and gas contracts by the U.S. Justice Department.

McClendon built Chesapeake Energy into the U.S.'s second largest producer of natural gas. He started the company with just $50,000 in seed money. The night before his fiery crash, McClendon vowed to fight to prove his innocence and clear his name. McClendon was charged following a four-year federal antitrust investigation in the alleged rigging of drilling rights in rural Oklahoma between December 2007 and March 2012. He faced up to ten years in prison and a fine of up to $1 million for each charge.

McClendon leaves behind his wife Katie and their three children, Jack, Callie, and Will. He was also the former owner of the NBA's Oklahoma City Thunder and part of the team instrumental in moving the Seattle Supersonics to Oklahoma.

Which Billionaire Is Pro Sports' Richest?

This week Forbes released its annual list of the world's wealthiest people. (Otherwise known as our bible.) This year's list features 63 billionaires across the globe who together own 81 professional sports teams in seven different sports. The very richest of all of these professional sports team owners, however, is former Microsoft CEO and Los Angeles Clippers owner Steve Ballmer, who has a net worth of $24 billion. He bought the NBA's Clippers for $2 billion in 2014 from Donald Sterling.

2015 was not the best year for billionaires. Oil prices were in the tank, the global stock market was volatile, and a number of tech stocks took a big tumble. In fact, there are 16 fewer billionaires this year than there were last year (sorry, Jack Dorsey). Many billionaires, like Mexico's richest man Carlos Slim Helu, saw their wealth decline.

That was not the case for Mark Zuckerberg. He added the biggest percentage to his net worth of all billionaires over the past year. His wealth went up $11.2 billion thanks to a 35% boost in Facebook share price. Mark Zuckerberg is now the sixth richest man in the world with a net worth of $50 billion.