By Amy Lamare on February 20, 2018 in Articles › Billionaire News

Hey there party people! It's been a rough week with another school shooting and all the other stuff going on in the world. If the Winter Olympics aren't enough of a distraction, we've got the latest edition of the Billionaire Roundup for you. Peter Theil has opinions about his fellow Silicon Valley residents and he's not afraid to speak up and then call the moving vans. Treasury Secretary Steven Mnuchin's wife Louise Linton is very, very, very, sorry for her Instagram gaffe. Steve Wynn was given the heave ho from his company and his severance package is… MIA. And finally, Michael Bloomberg is as sick of kids dying in school shootings as the rest of us are and he has a plan.

Billionaire Peter Thiel is pulling back from the tech industry in Silicon Valley due to his frustration with the left-leaning, liberal nature of San Francisco and the Bay Area. During an appearance last month at Stanford, Thiel said:

"Silicon Valley is a one-party state. That's when you get in trouble politically in our society, when you're all on one side."

Thiel is a vocal backer of Donald Trump – one of the few in the tech industry. The PayPal co-founder is packing up his business and his home and moving away from San Francisco.

Where is he moving?

Um, Peter, I hate to tell you, but Los Angeles is a one-party town, too. 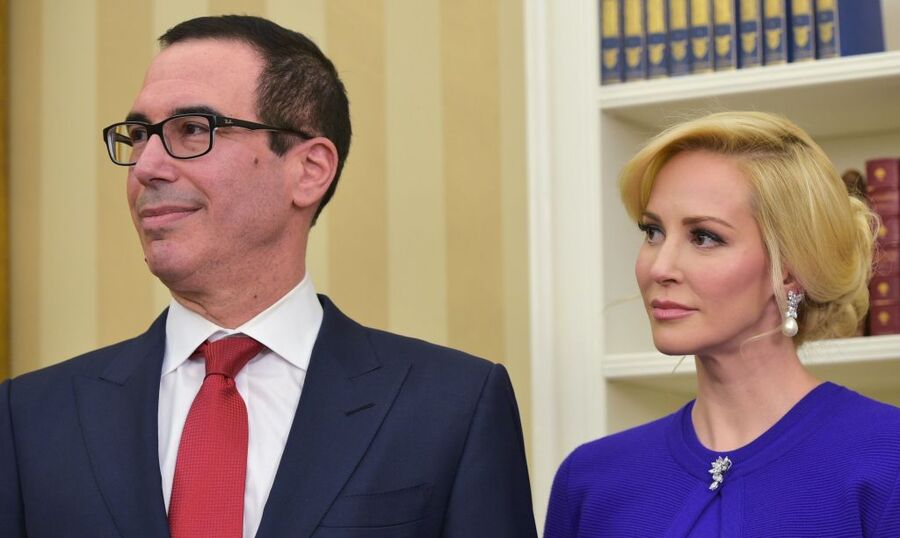 In August, the wife of Treasury Secretary Steve Mnuchin had a moment on Instagram. She posted a picture of herself with her husband getting off a federal flight and tagged a bunch of luxury brands that unabashedly was bragging about her affluence. An Instagram user called her out on the post and commented "Glad we could pay for your little getaway."

"Have you given more to the economy than me and my husband? Either as an individual earner in taxes OR in self sacrifice to your country? I'm pretty sure we paid more taxes toward our day 'trip' than you did. Pretty sure the amount we sacrifice per year is a lot more than you'd be willing to sacrifice if the choice was yours."

Needless to say, the post was tone deaf no matter which side of the aisle you sit on.

She later deleted the post and then recently apologized for it in an interview with Elle magazine. She wishes she could take it all back.

Linton's Instagram back-and-forth was just her first social media snafu. She is learning the ropes of political life as she goes. To be fair, the wives of Treasury secretaries are not usually targets for the political press. Her former investment banker husband's wealth.

Steve Wynn has reached a termination agreement with Wynn Resorts. He gets no compensation and cannot be involved in any gaming business that competes with Wynn Resorts for two years. Wynn stepped down as CEO of the company he founded earlier this month amid sweeping sexual misconduct allegations.

The billionaire casino mogul has denied the allegations and accused his ex-wife of orchestrating these claims against him.

Billionaire former New York City mayor Michael Bloomberg is sick of kids getting shot at school. He took to Twitter to announced that he will match donations given to Everytown for Gun Safety, a nonprofit organization he founded in 2014 that advocates for gun control.

"US has a gun violence problem. I'll match every donation. Give now."

Bloomberg has been an advocate for tighter gun regulations for a long time. Earlier this year, he pledged $25 million to fight a bill introduced that would make it legal for gun owners to travel between states with their firearm. The bill is going through the process in the House of Representatives right now.