Well party people, it's almost officially the summer season. If you think the news has been particularly bizarre of late, you're not alone. From Washington D.C. politics to London's terrorist attacks to the birth of George and Amal Clooney's twins – it's hard to catch your breath. That's why the Billionaire Roundup is going to boil down a few issues for you in an easily-digestible article. First, Donald Trump's decision to withdraw the U.S. from the Paris Climate Accord rubbed a lot of people the wrong way, especially Elon Musk. Second, there's a gubernatorial race in Illinois and its predictably bonkers. Right now, the state is going nuts trying to figure out just how wealthy one of its candidates is. And finally, Paul Allen has built a really, really, really big plane. No reports on whether that's compensating for anything. This is the latest edition of the Billionaire Roundup.

Elon Musk was not happy about President Donald Trump pulling out of the Paris Accord on climate change. The billionaire entrepreneur had given the president his explicit opinion that to do so would not be good for America, the planet, or for business. Musk was appointed to three White House economic advisory panels and has said if Trump left the Paris Accord, he would resign from all of them. Musk sits on Trump's manufacturing jobs council, his strategic and policy forum, and his infrastructure council.

Contrary to Musk's opinion, Trump has made up his mind that leaving the Paris climate agreement is a victory for the U.S. economy. Of course, Trump campaigned on a promise to pull out of the deal, citing a crippled economy and loss of jobs as a result of taking part in the Paris Accord as his reasoning.

It should be noted, almost no analysis of the U.S.'s involvement in the Paris Accord supports Trump's position that it cuts jobs or harms the economy. 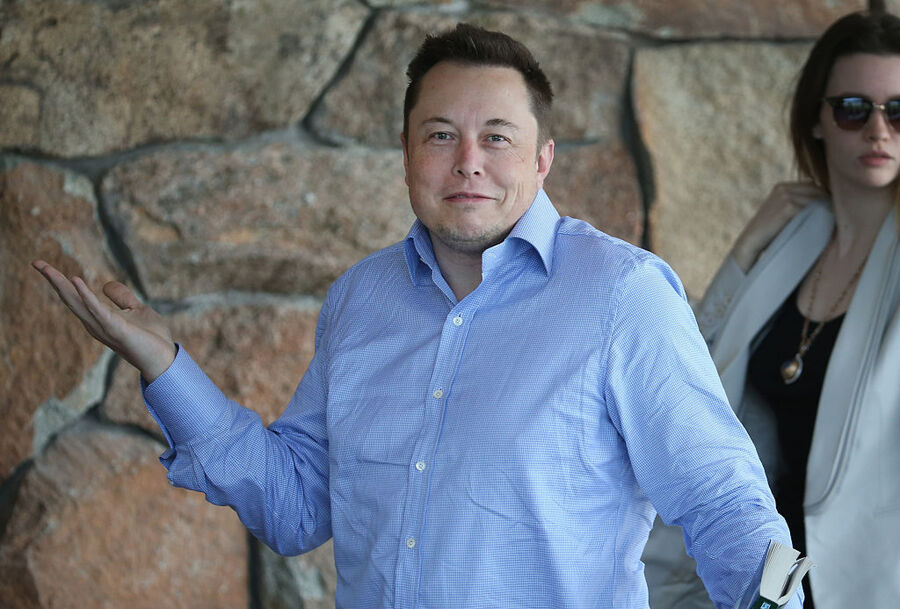 As Usual, The Illinois Governor's Race Is Insane

Another year, another bonkers gubernatorial race in Illinois. Recently, Democratic candidate for governor of the Land of Lincoln, Chris Kennedy based his rivals, J.B. Pritzker and sitting Governor Bruce Rauner, for their enormous wealth. He called himself the working man's candidate. But here's the thing, Kennedy is basically also a billionaire. He's a Kennedy. Yes, THOSE Kennedy's. Pot, meet kettle, you're black.

Chris Kennedy is the 53-year-old son of Robert F. and Ethel Kennedy. He is the Chair of the Joseph P. Kennedy Enterprises, Inc. As for his net worth, well, he didn't grow up on the wrong side of the tracks, that's for sure. The top 30 members of the Kennedy clan have a combined net worth over $1 billion. For Kennedy to call him the working man's candidate is a bit of a stretch. His family has yachts, not rusted-out cars with holes in the floor.

Sure, J.B. Pritzker and Governor Rauner may be individually more wealthy, but Kennedy comes from an American political dynasty. J.B. Pritzker has a net worth of $3.4 billion while Rauner's net worth is right around $1 billion.

Kennedy was quick to follow up when someone challenged him, asking it he wasn't also a very wealthy man. Kennedy simply stated that he wasn't in the same league as his fellow candidates. "It's significantly different," he said.

When asked just how different, Kennedy declined to answer. It is thought that his net worth is somewhere above the family average of $40 million. Fortunately, as part of his campaign for Governor of Illinois, Kennedy will be releasing his tax returns eventually.

Microsoft co-founder Paul Allen has just revealed a gigantic aircraft designed to launch rockets carrying satellites into space. The plane, called Stratolaunch, is the world's largest, based on its wingspan. The plane's wingspan is 385 feet, which is longer than a football field. The enormous plane was built in a hangar in California's Mojave Desert. Stratolaunch weighs 500,000 pounds, or 2500 tons. A typical commercial plane weighs between 75 (737) and 450 (747) tons, for comparison.

Allen launched the project six years ago with the idea to "revolutionize orbital travel."

The Stratolaunch runs using six 747 jet engines. It is set for its first demonstration in 2019.