Billionaire Roundup: Let's Launch Donald Trump Into Space Before The Robots And Dragons Take Over The World

By Amy Lamare on December 11, 2015 in Articles › Billionaire News

How many days until the 2016 U.S. presidential election? The answer is: too many. The campaigning has reached circus level quickly, with billionaire Donald Trump mouthing off to anyone who will listen. Fortunately, Amazon's Jeff Bezos has a solution for that particular problem. Another billionaire is warning the world of the loss of white-collar jobs to robots, and yet another billionaire is in the market for some Dragons. It's just another week of our billionaire roundup, folks.

Professional snake oil salesman Donald Trump got some shade thrown his way by Amazon's Jeff Bezos. To be fair, though, Trump threw the first punch when he attacked Bezos for running a "no profit company." The company Trump is referring to is, of course, Amazon, one of the most successful companies in the history of the world.

Trump aired his criticism of Bezos on Twitter, writing:

"The ‪@washingtonpost, which loses a fortune, is owned by ‪@JeffBezos for purposes of keeping taxes down at his no profit company, ‪@amazon."

"If ‪@amazon ever had to pay fair taxes, its stock would crash and it would crumble like a paper bag. The ‪@washingtonpost scam is saving it!" 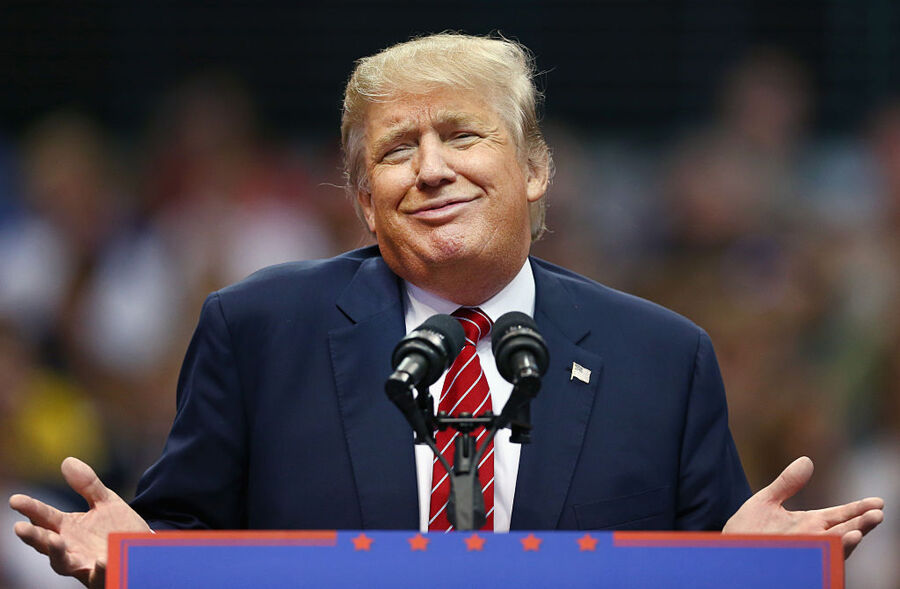 Jeff Bezos had previously tweeted just FOUR times since he joined the social media site in 2008. However, once Trump singled him out, Bezos took to his keyboard to retaliate:

"Finally trashed by ‪@realDonaldTrump. Will still reserve him a seat on the Blue Origin rocket. ‪#sendDonaldtospace"

And that, my friends, is what we call a mic drop.

Is Technology Coming To Take Your Cushy Office Job? This Billionaire Thinks So

Billionaire real estate mogul Jeff Greene has issued a grave warning to American workers: robots and technology are going to take your jobs. From touch-screen ordering at McDonald's to robots welding together car parts at car factories, to apps like Uber and Lyft making taxis all but obsolete, technology is going to make most human workers obsolete, or so says Greene. He cites the effect globalization has had on blue-collar jobs and the working class economy over the past 40 years. He believes that artificial intelligence, robotics, and big data will do the same thing to the white-collar economy but at a much faster rate. This takeover of white collar jobs by artificial intelligence will highlight the ever growing gap between the rich and the poor, according to Greene, because as a whole, people are not prepared for the inevitable automation of their job. Greene believes presidential candidates should be paying a greater amount of attention to the people who will soon lose their jobs to robots. For what it's worth, Greene unsuccessfully ran for a Senate seat in 2010. Jeff Greene resides in Florida.

Australian Billionaire In The Market For Dragons

Now hold your horses (or dragons as the case may be). This isn't what you think. Aussie media billionaire Bruce Gordon is indeed in the market for some Dragons, just not the mythical creature. He isn't crazy, well not in that way at least. What he is crazy about is his favorite sport, rugby, and his favorite team, the Dragons. Gordon made his money as the owner of the regional television network, WIN Corp., which he built into the country's largest privately held TV network. Before moving home to Australia to become a media mogul, Gordon spent 30 years in Hollywood working as a programming executive at Paramount Television.