Well, now we've got one month of 2021 under our belts and so far the verdict on whether or not this year is going to be better than 2020 hasn't come in. There's time for that to work itself out because besides the coronavirus vaccine finally getting out there, our favorite billionaires are out there living their best lives still. One billionaire businessman is blaming the whole GameStop brouhaha on Covid stimulus checks. Another billionaire deleted his Twitter after the Game Stop stuff, claiming he was receiving death threats. And finally, it's the end of an era at Amazon. This is the latest edition of the Billionaire Roundup.

Billionaire "Bond King" Jeff Gundlach is blaming the Covid stimulus checks from the government for the enormous surges in stocks, like GameStop, that have dealt huge losses to some of Wall Street's biggest hedge funds. Gundlach got his start as head of TCW Group's Total Return Bond Fund. While serving as head of the fund, he regularly finished in the top 2% of all funds invested. After he was fired from TCW in 2009, he, and a group of his co-workers, founded Doubleline Capital. He is the Chief Executive Officer and Chief Investment Officer at Doubleline and is widely recognized as the most knowledgeable investor currently working with regards to bonds and fixed-income investments.

"In this case thanks to primarily government policy there's wherewithal among investors if you want to call them that, with government money being sprayed all over the place, with checks to people, that they have the wherewithal to put it together into a real capital base. In this case, there were 2.1 million people that somehow got organized on Reddit and managed to get about $20bn in buying power, and they found an opportunity to pile drive these hedge funds."

Gundlach went on to express that he also had no sympathy for the affected hedge funds. He was also critical of the triumphant attitudes of the Reddit traders and chastised them for their hubris in this David vs. Goliath battle.

Billionaire Steve Cohen is taking a break from Twitter after the GameStop drama. The small, amateur investors who organized on Reddit apparently see Cohen as a threat. Cohen's spokesperson confirmed that he was leaving Twitter over threats he received against him and his family. On late Friday, January 29, Cohen tweeted, "I'm going to take a break for now…" and went on to reveal he has received what he called "personal threats." By Saturday, his account was no longer visible on Twitter. Cohen's Point72 did not reveal its GameStop holdings, if any, however, the firm, alongside Ken Griffin's Citadel gave a capital infusion to Melvin Capital, which had a large short position on the stock. That infusion allowed Melvin Capital to survive the large loss it took on its short position on GameStop.

Prior to deleting his Twitter account, Cohen primarily used it to engage with Mets fans after he bought a majority stake in the team last year. 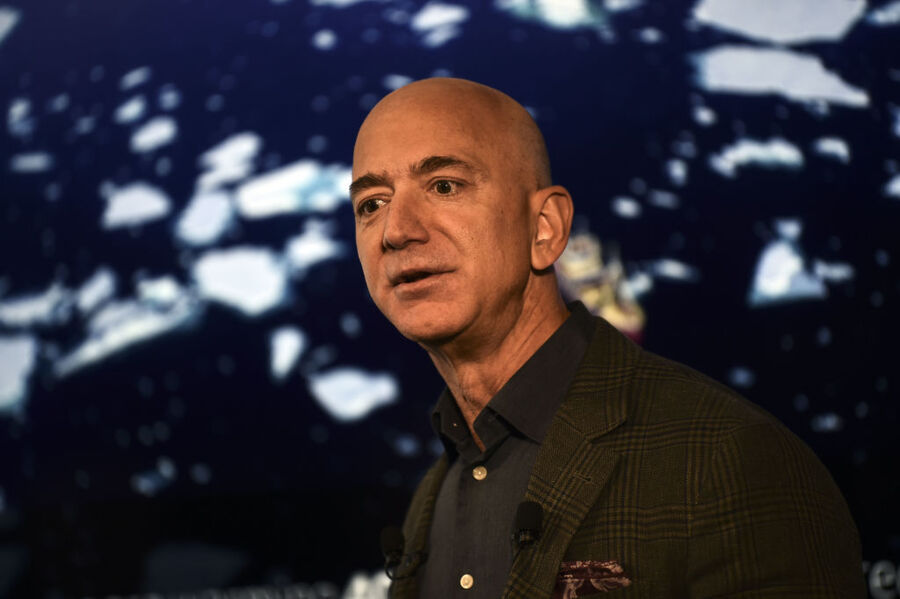 It's The End Of An Era At Amazon

On Tuesday, February 2nd, news broke that Jeff Bezos is stepping down as CEO of Amazon, 27 years after he founded the company. He will transition to the role of executive chair in the third quarter of 2021, which begins July 1. Amazon Web Services CEO Andy Jassy will succeed Bezos as CEO of Amazon. Bezos issued a memo to employees in which he said the move will give him "the time and energy I need to focus on the Day 1 Fund, the Bezos Earth Fund, Blue Origin, The Washington Post, and my other passions." Amazon has had a record year of growth with $21 billion in income from 2019 – at a 38% increase in net sales. Amazon's market value is closing in on $1.7 trillion.

Bezos is not leaving Amazon. How active he will be in the company is yet to be seen, but consider that Larry Ellison and Bill Gates also became executive chairmen of Oracle and Microsoft respectively and are still pretty involved in their companies.

Jassy is a longtime employee of Amazon. He joined the company in 1997 and built Amazon's cloud services business from a small addition to Amazon's e-commerce platform to one of the leaders in the cloud computing industry. AWS accounts for about 60% of Amazon's operating profit.