By Amy Lamare on January 23, 2021 in Articles › Billionaire News

Hey party people! I hope 2021 is treating you more gently than 2020 did, at least so far. We have a whole new administration taking office in the U.S. this week and there's change in the air. Do you know what doesn't change? The shenanigans our favorite billionaires and their families are up to. There's info on how Ivanka Trump and Jared Kushner treat their social security detail, which frankly isn't much of a surprise. Samsung's Jay Y. Lee is still having legal troubles and heading back to jail.  Finally, two billionaires have died – one at the far too young age of 57 and the other at 87. Buckle up, this is the latest edition of the Billionaire Roundup.

A wacky report came out this week claiming that although Ivanka Trump and Jared Kushner have six bathrooms in their home in Washington D.C.'s Kalorama neighborhood, they did not allow the Secret Service agents assigned to them to use any of those. As a result, the Secret Service spent months trying to find a bathroom to use on the job. The agents reportedly had to resort to using porta-potties or ringing the doorbells of nearby neighbors, like the Obamas and Mike Pence, to use their bathrooms. Another report claims that the federal government has been spending $3,000 a month to rent a studio apartment in the basement of a friend of the Kushner family since September 2017, so the agents have someplace to relieve themselves. For what it's worth, the Secret Service released a statement denying this story, but can't you easily imagine it's true? 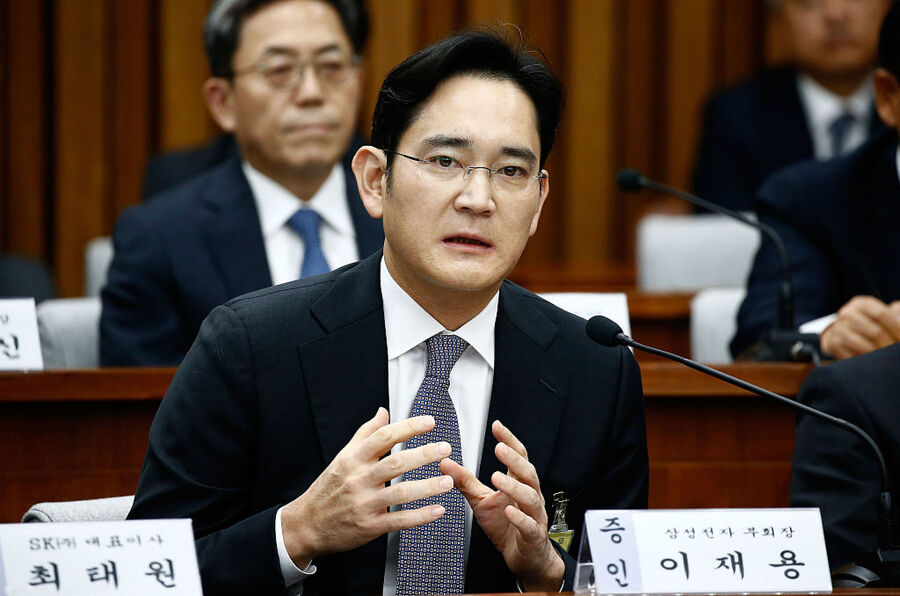 Samsung's billionaire vice chairman Jay Y. Lee (Lee Jae-yong) is still dealing with his legal dispute with South Korean prosecutors over allegations of bribery and corruption that date back to 2015. The second trial recently concluded and Lee has been found guilty of bribery, embezzlement, and concealment of criminal proceeds in the amount of $7.8 million. The court also said the independent compliance committee Samsung set up in early 2020 is not fully effective yet. The court's verdict ruled that Lee  "actively provided bribes and implicitly asked the president to use her power to help his smooth succession" at the head of Samsung. Lee was sentenced to two years and six months in prison. He has already spent some time behind bars, which will count toward time served, leaving Lee with about 18 months in jail.

Benjamin de Rothschild of the famous French Rothschild banking family has passed away suddenly at his home in Switzerland. He was 57. The cause of death was a heart attack. Benjamin was born July 30, 1963, to Edmond and Nadine de Rothschild. His paternal grandparents fled to Switzerland during World War II. He headed up the financial group the Edmond de Rothschild Group since 1997. His father founded the business in 1953. Under Baron, the group grew to manage more than $175 billion in assets with interests in France and Switzerland in restaurants and hotels. The Rothschild Empire grew from the slums of Frankfurt's 18th century Jewish ghetto seemingly overnight. One day, Mayer Amschel Rothschild ran a coin dealership and then in the blink of an eye became the head of the world's richest family, with financial operations managed by his five sons in London, Paris, Vienna, Naples, and Frankfurt. Benjamin de Rothschild leaves behind a wife and four daughters.

Sheldon Adelson had a heck of a life and career. He founded COMDEX in the late 1970s. He bought the Sands Hotel and Casino in Las Vegas for $110 million ($240,652,663 in today's money). In 1989 he built the Sands Expo and Convention Center, the only privately owned and operated convention center in the U.S. Then, in 1991, while honeymooning in Venice with his wife Miriam, he got the idea for a new resort and hotel. Once back home in Las Vegas, he demolished the Sands and spent $1.5 billion to build The Venetian, which opened in 1999. He also owned the Marina Bay Sands in Singapore as well as the Israeli newspaper "Israel Hayom" and the American newspaper the "Las Vegas Review-Journal." Adelson was also a well-known and big money supporter of the GOP. But interestingly, he was a Democrat until 1996. Adelson passed away at his home in Malibu, California on January 11, 2021. His body arrived in Israel on January 14 and he was laid to rest on January 15 in a small private ceremony at Jerusalem's Mount of Olives. He is survived by his beloved wife, Miriam Adelson.