By Amy Lamare on December 29, 2017 in Articles › Billionaire News

It's the most wonderful time of the year, so grab the champagne and get ready for the 2018 New Year's edition of the Billionaire Roundup, it's a doozy. One billionaire business owner is sharing his corporate tax cut with his employees – that's the spirit of the holidays. The world's first pizza billionaire is stepping down from the chain that bears his name. And yet another billionaire is suing his ex-fiancée and hawking a line of…colorful…shirts. Pour some more whiskey in your eggnog.

Bob Parsons made his billions as the founder of GoDaddy. Today he heads up YAM Worldwide and its 725 employees. He just announced that 594 of his employees who have worked for him for more than six months will all get a $2,000 bonus. The 131 who've worked for him for less time than that will each get $1,000.

The bonuses are Parson's way of celebrating the controversial tax plan.

"The passage of the tax credit is a catalyst for explosive economic growth. On a massive scale, the lowered federal tax burden on businesses will increase investment, entrepreneurship and corporate philanthropy. I've always believed in sharing good news and have decided to celebrate the tax plan by giving back to my staff."

Parsons is a self-made billionaire that grew up poor in inner city Baltimore. In 2011, he sold a majority stake to private equity investors. He stepped down as executive chairman of GoDaddy to focus on new businesses in Arizona. 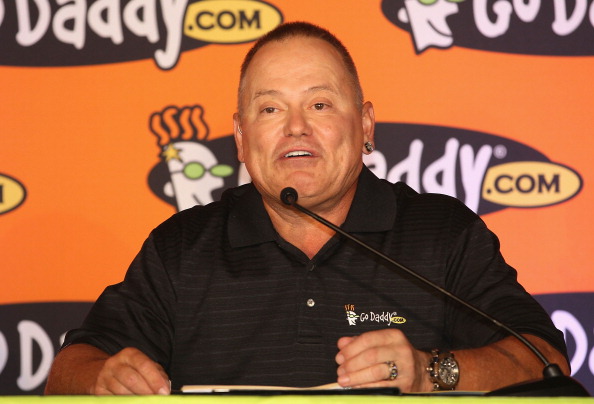 Papa John Schnatter, billionaire founder of the Papa John's pizza chain is stepping down as CEO. He will remain chairman of the company. There was no official reason given for his departure, but the company has had a string of public relations messes and falling sales. Schattner hasn't been shy about his opinion of NFL players who took a knee during the National Anthem. In fact, on a recent investor call he blamed the controversy for the chain's slumping sales.

That move forced the company to issue a statement saying they condemned racism in all forms.

Papa John's stock price is down more than 30% this year. Papa John's Pizza is the official pizza of the NFL.

Wyatt Koch is the son of billionaire Bill Koch and he is suing his ex-fiancée to get a $250,000 engagement ring back. Wyatt proposed to Ivie Slocumb with an 8.24 carat diamond ring that he paid $180,000 for back in March. Wyatt's lawyers are claiming the ring was recently appraised at $250,000. Slocumb ended the engagement in May. Wyatt has asked for the ring back several times. Wyatt is also seeking an additional $15,000 in damages from his ex. His daddy has a net worth of $3.3 billion. Oh, and by the way, Wyatt is a fashion designer. More on that below…

Wyatt Koch And His Ugly Shirts

Wyatt Koch is the heir to a billionaire, so he can do whatever he wants. What Koch has decided to devote himself to is a line of insanely ugly shirts. He designs these shirts under the brand name Wyatt Ingraham. The shirts look like an acid trip gone bad. They are money-themed, wild colors, and so hideous it is unbelievable. The shirts literally have fluorescent colored moneybags on them. Koch claims to have had a passion for fashion (so that's what he's calling it) since he was a kid. He launched his label in 2015. He claims to have received a lot of very positive feedback on his shirts, which is surely proof that we are living in an episode of Black Mirror.