Billionaire Roundup: Has JK Rowling Lost Her Mind? And Kanye West For President Of The United States?

Party people! How was your Fourth of July? Were you masked up and social distancing or were you partying like it was 1999 and we didn't know what a pandemic could do? Over the long weekend, our favorite billionaires were up to their usual stuff like getting their superyachts fixed, slamming trans people on Twitter, declaring a run for the presidency while benefitting from a Payroll Protection Program Loan (for shame!) and three billionaires are donating to political campaigns much more often than other people. Well, when we're talking about Dennis Washington, J.K. Rowling, Kanye West (twice), Sheldon Adelson, Mike Bloomberg, and Tom Steyer…we better just get right down to business.

American billionaire Dennis Washington's superyacht, the Attessa IV, has arrived in Vancouver, British Columbia, despite a ban on non-essential travel between the U.S. and Canada due to the out-of-control spread of Covid-19 in the U.S. The yacht is valued at $250 million. The 328-foot long vessel arrived in Vancouver from Port Angeles, Washington on Tuesday, June 30 with a crew aboard. Washington's company claims that the yacht is in B.C. for necessary repairs, all crew members have been tested for Covid-19, and the ship was cleared by the Canada Border Services Agency. IDK people, with film and television production shut down – and that's big business in Vancouver, it seems like the billionaire could have greased the wheels to allow his yacht entry to Canada.

Someone Needs To Take J.K. Rowling's Twitter Away And Educate Her On Trans Rights

Harry Potter author J.K. Rowling needs to step off the particular soapbox she's been tweeting from for weeks. Just last month, we reported on some trans-phobic tweets from the billionaire author. Rowling hasn't learned her lesson and was back at it over the 4th of July weekend. On Sunday, July 5th, Rowling tweeted:

"Many health professionals are concerned that young people struggling with their mental health are being shunted towards hormones and surgery when this may not be in their best interests."

Twitter rightly lost their mind as it is very easy to interpret Rowling's tweet's as accusing the medical community of pushing homosexual teens towards gender confirmation surgery. This tweet was just one in a thread where she attempted to defend herself after she was called out for comparing the hormone suppressing medications currently given to trans men and women to anti-depressants. Every time Rowling tweets she comes across more and more like an out of touch Karen who's trans-phobic. It isn't a good look. Millennials, who grew up with Rowling's beloved books and the movies made from them, are #Canceling her left and right. 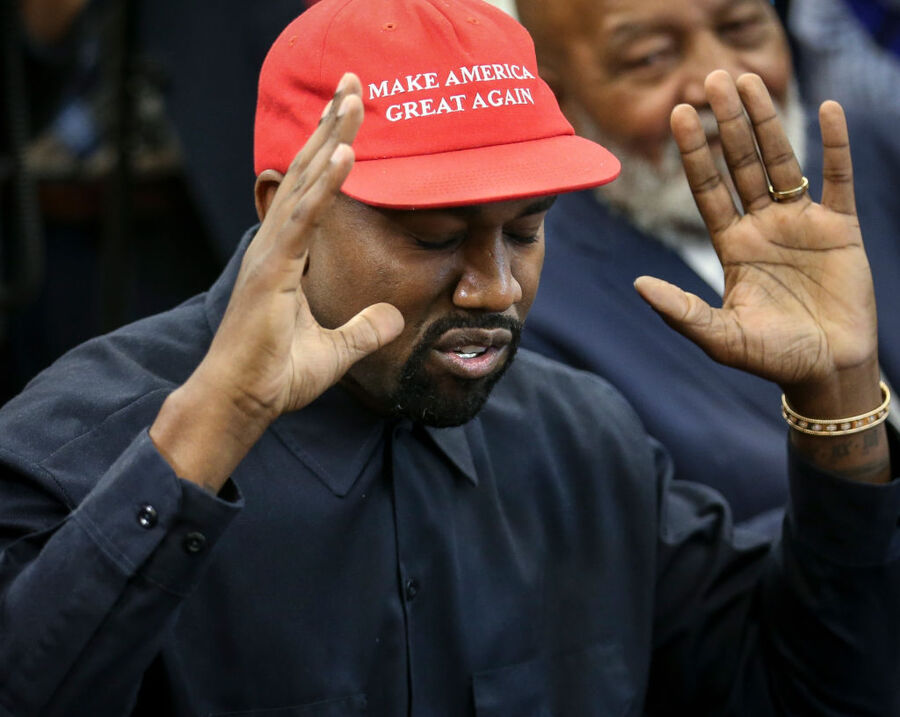 Well, who had Yeezy running for President in 2020 on their Apocalypse Bingo Cards? I sure didn't, yet we all woke up on Sunday, July 5, to the news that Kanye is running for President. Is he really, though? Or is this another "LOOK AT ME LOOK AT ME" stunt from the rapper who surely has some sort of narcissistic personality disorder. However, filing dates to get on the ballot in November have already passed in several states, meaning he would likely be forced to mount a write-in effort. If anyone can do that, it is Kanye West. And all he'd likely do is draw voters away from Joe Biden and deliver the election to Donald Trump. A quick perusal of Twitter shows he has a number of supporters for this hair-brained scam of his, including Travis Scott. Fortunately, there's not even one single sign that Kanye has filed the necessary paperwork to actually run for president. And he just dropped a new single, so my bet is on this being a P.R. stunt. 2020 has dealt up enough B.S. recently.

In further news from the planet Kanye West lives on, he was able to score one of the coveted Payroll Protection Program Loans. This shouldn't be a surprise, after all, he and Trump are buddies and Yeezy has been a very vocal supporter of Trump. Yeezy, LLC. received a multi-million loan between $2 million and $5 million as part of the CARES Act, which was designed to bring economic relief to small businesses during the coronavirus pandemic. Yeezy, LLC claims 160 jobs were saved via the loan. Seems like Kanye, net worth $3.2 billion, could have easily saved those 160 jobs without a loan designed for struggling companies. Yeezy and his wife and his in-laws are the exact opposite of the struggling businesses the PPP was designed to help.