By Amy Lamare on October 11, 2017 in Articles › Billionaire News

Hey there party people! Sad things keep happening in the world, but do you know what else happens? The good people step up. After the horrific massacre in Las Vegas, the community turned out to donate blood, supplies, and countless other things to the victims and their families. The Oakland Raiders aren't even set to move to Las Vegas until 2020 and the team donated $50,000 to the shooting victims. Those simple acts of kindness warm even my cold heart!  In other news, the world does keep spinning and our favorite billionaires keep doing their thing. Vinod Khosla has opened the gate to his private beach, Kris Jenner has cracked the mystery of the elusive Nigerian billionaire we all keep getting emails from, and Mark Cuban is eyeing a run for President. This is your Billionaire Roundup!

Martin's Beach Gate Open… But For How Long?

We've been covering the ongoing saga of Vinod Khosla, Martin's Beach, and the surfers, fishermen, and beach goers who were cut off from that beach. For five years now, the billionaire entrepreneur has been embroiled in a legal battle over Half Moon Bay, California's Martins Beach. Khosla bought Martins Beach for $32.8 million in 2008. The previous owners had always allowed the public to access the beach. For the first two years, Khosla played along and allowed access. Then he restricted access to the popular beach by installing a gate on the only road that leads to the property and hiring guards to make sure that the beach remained for Khosla's private use only.

Recently, a California court ruled that Khosla must open that gate. Even after being threatened with fines of more than $11,000 a day, he kept that gate locked. Now, it appears he's had a change of heart and everyone is wondering how long it will last.

Khosla's attorneys notified the California Coastal Commission that the gate would be open on certain days from 9 a.m. to 4:30 p.m., or so. While this is a start, it is still in violation of California law that states that all beaches are open to the public up to the mean tide line – the highest point of the waves crashing onto the sand.

While Khosla may feel that he is compromising, the parties bringing lawsuits against him, including the Surfrider Foundation, have no intention of compromising and will take this case all the way to the Supreme Court if they have to. 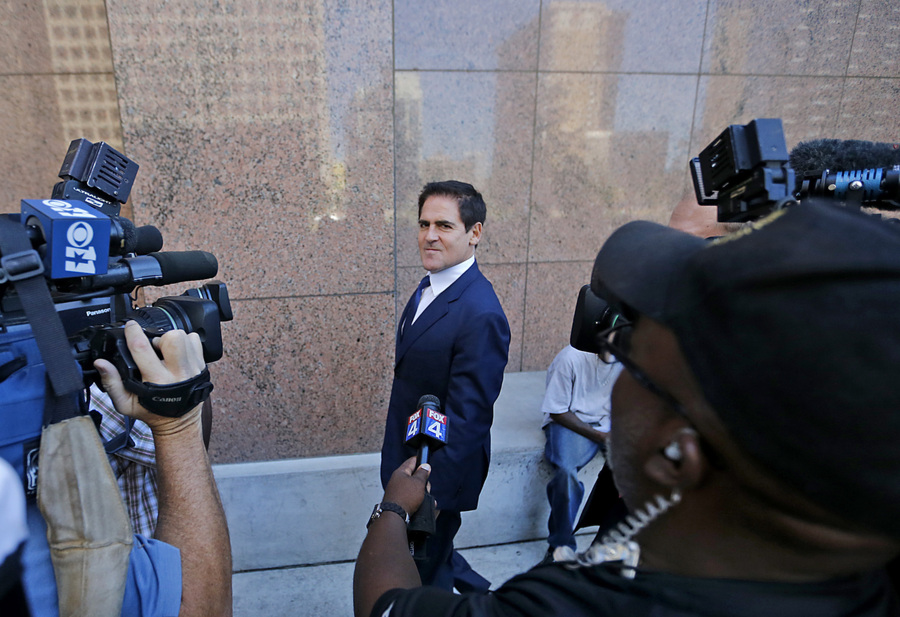 The next President of the United States? /Stewart F. House/Getty Images

Kris Jenner And The Nigerian Billionaire

Kris Jenner has a new boyfriend and he is a Nigerian billionaire. See? He does exist! Christopher Cunningham is the heir to his father's oil empire. No one knows how the two met or how long they've been an item. The good news is, Cunningham can afford Jenner's lifestyle.

Mark Cuban For President Of The United States?

After months of both hinting at it and denying it, billionaire Mark Cuban told CNBC's "Fast Money" that he is considering running for President of the United States in 2020. Cuban told CNBC that his reason for considering a run was pretty simple. He thinks he could do a better job. However, the key word in Cuban's statement is "considering." He also said that odds are overwhelmingly against him actually running because Cuban's wife and family are not on board with the idea. There are three years for a better candidate to declare themselves. If such a person comes along, Cuban said he would throw all of his support behind that person. Cuban has been a vocal opponent of President Trump both during his campaign and since he has taken office.