By Amy Lamare on September 20, 2017 in Articles › Billionaire News

Where did the summer go? It seems like just yesterday we were dusting off our swim suits, buying sunscreen, and enjoying sunny summer days. Now, Labor Day has passed, the kids are back in school, and life trudges along for all of us – and that includes our favorite billionaires. One billionaire saw his Caribbean dream float away in the wake of Hurricane Irma. Another billionaire is scratching his head and trying to figure out how to get Los Angeles interested in the NFL, and another billionaire just got a 400% raise. Must be nice. And finally, Martin Shkreli, the world's worst person, finally got his comeuppance.

It's no surprise that Richard Branson weathered the Category 5 Hurricane Irma like a boss. He is, after all, famous for being a daredevil. He and his guests and staff hunkered down in the wine cellar of his Necker Island home.

When he emerged (I imagine drunk on all that wine), he found his house was in shambles. The Category 5 hurricane packed winds of 185mph and cut a destructive path through the Caribbean. Hurricane Irma annihilated the islands of Barbuda, St. Martin, St. Thomas, St. John, Tortola, and Jost Van Dyke, to name just a few. The storm also destroyed most of the structures on Branson's Necker Island.

In an emotional post on his blog, Branson wrote about his experiences. His luxurious home was completely destroyed. Entire houses and trees vanished. He said he had never seen anything like this hurricane.

"Necker and the whole area have been completely and utterly devastated. We are still assessing the damage, but whole houses and trees have disappeared. Outside of the bunker, bathroom and bedroom doors and windows have flown 40 feet away."

The billionaire urges others in the path of Irma to put safety first. He also vows to help the Caribbean rebuild. 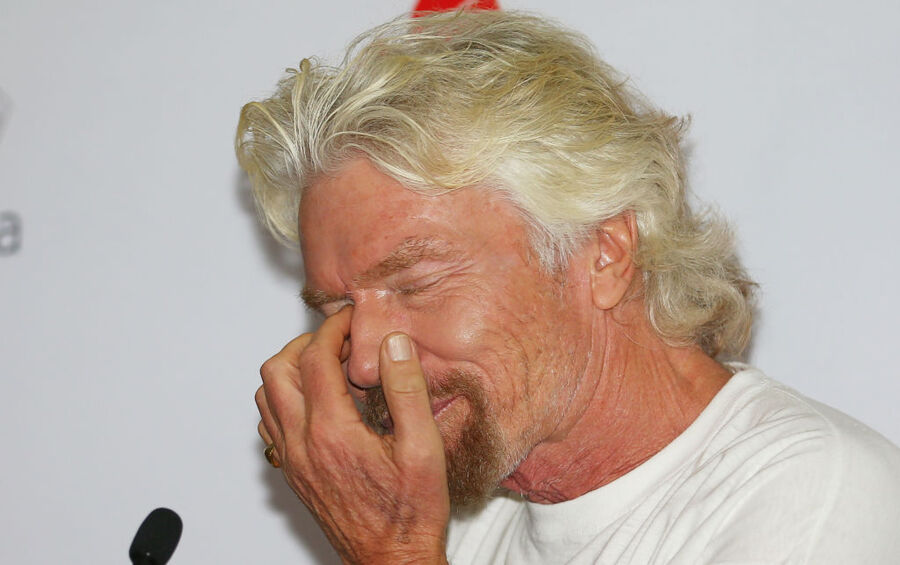 In 1994, both the Raiders and the Rams abandoned Los Angeles and moved to Oakland and St. Louis. Angelinos got used to Sundays without a local team. Now, the City of Angels has two NFL teams, the Rams and the Chargers. However, drawing people to the stadium for the games is proving to be harder than Rams owner Stan Kroenke thought it would be.

Kroenke made all the right moves. He hired a new coach and drafted the right players He's put his team on the path to rack up wins, such as the impressive 46-9 win over Indianapolis to open the 2017 NFL season.

Yet the Los Angeles Coliseum was pretty empty. The stadium packed a near capacity crowd the afternoon before for the USC game. The Rose Bowl was packed for the UCLA game. When it came time for the Rams to play the next day, the fans largely stayed home.

This is an equation Kroenke needs to figure out, and soon. A team cannot survive without an involved fan base. When even season ticket holders are staying home, there's something wrong.

It could be that Los Angeles is just not an NFL town.

Billionaire casino mogul Sheldon Adelson has just gotten one hell of a raise. Adelson signed his new employment agreement with Sands Corp. The new terms call for a salary of $5 million, five times higher than his previous salary. He is also in line to get a bonus of $12.5 million if the company beats its earning target. In his old contract, his bonus topped out at $7.89 million.

This new compensation package makes the controversial 84-year-old the highest-paid CEO in S&P 500 companies. Sheldon Adelson has a net worth of $35 billion.

Pharma Bro Goes To Jail, Does Not Pass Go, Goes Directly To Jail

Remember Martin Shkreli? He's the charmer who raised the price of life saving drug Daraprim from $13.50 per pill to $750 per pill just because he could. As you can imagine, that angered a lot of people. And let's face it, he's not exactly a likable guy to begin with. Last week, he made two Facebook posts offering $5,000  to anyone who could "grab a hair" from Hillary Clinton during her book tour. As you can imagine, this didn't go over well and a judge rescinded his bail. Now Shkreli is cooling his heels in prison and the Secret Service is investigating him.