Things are heating up, and we're not just talking about the weather. The major political parties' conventions are on the horizon and speakers are being announced. On the Democratic side, we know that Bernie Sanders and President Bill Clinton will speak at that party's convention. For the Republicans, well… people seem to be pulling out left and right. Mike Ditka was rumored but is a no-go. Tim Tebow stated that he was definitely not speaking. That's OK because the Repubs have eccentric tech billionaire Peter Thiel on their side. Speaking of eccentric billionaires, Sheldon Adelson has a plan to bring the NFL to Sin City. It is a doozy. And finally, one billionaire is exercising his altruistic tendencies: Paul Allen is doing some good deeds for the homeless. This is the latest installment of the Billionaire Roundup.

Peter Thiel To Stump For Trump At RNC

The Republican Convention kicks off on July 18th in Cleveland. They've released their list of speakers and it is…interesting. The UFC's Dana White is scheduled to speak, as are Ivanka Trump and astronaut Eileen Collins. However, it is Peter Thiel who stands out. The billionaire venture capitalist is scheduled to deliver his speech on the final night of the convention. Thiel, who has a net worth of $2.2 billion, is best known for founding PayPal and most recently for funding the lawsuit that is taking down Gawker. Thiel is also one of the earliest investors in Facebook. Basically, he has credentials and credibility.

Thiel's politics have always been more Libertarian than Republican. For instance, he once cofounded a nonprofit that wanted to develop floating cities where there would be few, if any laws. Thiel is also gay, and the GOP recently adopted what is considered to be a very anti-LGBTQ stance.

So all in all, it seems like Thiel would be at odds with the GOP platform. However, Thiel likes it when people are talking about him and wondering what he's up to. And, he does have a well-established reputation for going against conventional wisdom and supporting some of the fringiest ideas.

One thing is for sure: It is going to be good TV! 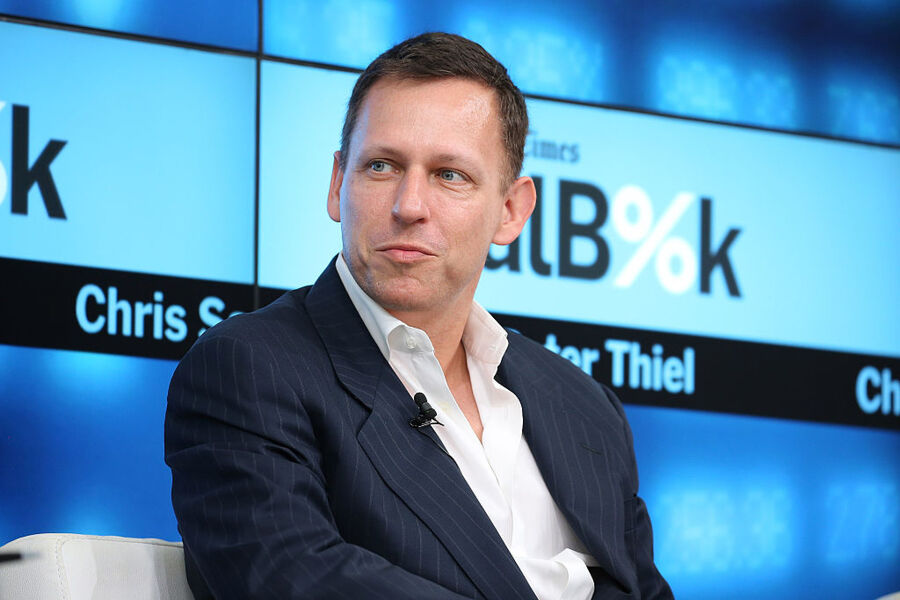 Sheldon Adelson's Bid To Bring The NFL To Las Vegas

Las Vegas has been trying to grow up lately. Sure, gambling and tourism are the city's bread and butter, but the Las Vegas metro area's two million residents long for the amenities of larger, older, more traditional cities. The Smith Center for the performing arts has brought culture to the city. The T-Mobile arena has given bands a place to play that is outside of casinos. The NHL recently announced an expansion to Vegas. Now, Sheldon Adelson is eyeing the NFL and has a plan to bring a team to the desert outpost.

The city is considering betting $750 million on a football stadium with the thought that if they build it, an NFL team will come… very Field of Dreams of them, right?

Well, maybe not. Mark Davis, owner of the Oakland Raiders has promised to move his beleaguered team to Las Vegas IF Nevada covers at least one third of the roughly $2.1 billion the construction of a modern state-of-the-art stadium is projected to cost. Oh, and by the way, this stadium would have to be a dome since temps regularly top 110 in Las Vegas.

Billionaire casino mogul Sheldon Adelson has partnered with Davis and Majestic Realty on the project, however, they claim they cannot move forward without that $750 million in public funding.

That is a hard pill to swallow, considering Nevada has no state income tax, no corporate tax, the lowest-ranking public school system in the country, and a rising crime rate due to a understaffed police department. A tax allocation that large is sure to raise some eyebrows in Nevada and across the country.

Backers of the plan claim that an increased hotel room tax would cover the public financing, placing the burden on tourists rather than locals. However, Adelson would like to see Las Vegas property taxes go up a bit to reimburse his own investment in the project.

Currently, the Raiders play in the 50-year-old Oakland Coliseum. Davis (and his father before him) has lobbied the city for a new stadium for years.

If this plan goes through, it would be the largest taxpayer subsidy ever provided for an NFL stadium. Sheldon Adelson would be a beneficiary of the public subsidy. With a net worth of $25.9 billion, one has to wonder if Las Vegas wants the NFL badly enough to line the pockets of one of the richest men in the world.

In more altruistic news, Paul Allen, billionaire co-founder of Microsoft, is donating $1 million to a non-profit to build housing for homeless people in Seattle's Columbia City neighborhood. The Compass Housing Alliance of Seattle will use Allen's donation to build a housing community in a 6,000 square foot parking lot.

The housing will be built out of steel modular units. It is thought that this would provide a more immediate solution than building affordable housing and would also be safer and more stable than a tent city.

This donation could not have come a moment sooner, as Seattle's homeless population has seen an 84% increase since 2011. In fact, Seattle's mayor has declared a state of emergency over the city's homeless crisis.