This week, it's all about the ladies. From a presidential candidate's daughter biting back at claims she copied another company's design, to the fiancée of a billionaire melting down when he played a certain song, to the strange case of a faked DNA test and the effect it had on a billionaire's will. This is the latest edition of the Billionaire Roundup.

Ivanka Trump has been accused of stealing the designs of an Italian shoe maker and producing less expensive knockoff versions of the shoe. However, The Donald's dear daughter is maintaining that she is not a copycat.

Ivanka has filed documents with the court denying that she copied the designer Aquazzura. The Italian company claims that Ivanka knocked off several of their designs.

Aquazzura filed a federal lawsuit against Ivanka Trump and her licensing company. The lawsuit claims that Ivanka's "Hettie" stiletto is identical to their "Wild Thing" pump, a shoe worn by celebrities such as Solange Knowles and Kendall Jenner. We've seen the pictures and the shoes are identical – the color, style, fringe, heel height all look exactly the same,

In the court documents, Ivanka denies that she engaged in any 'unfair competition or deceptive trade' and is demanding the entire lawsuit be tossed out of court. 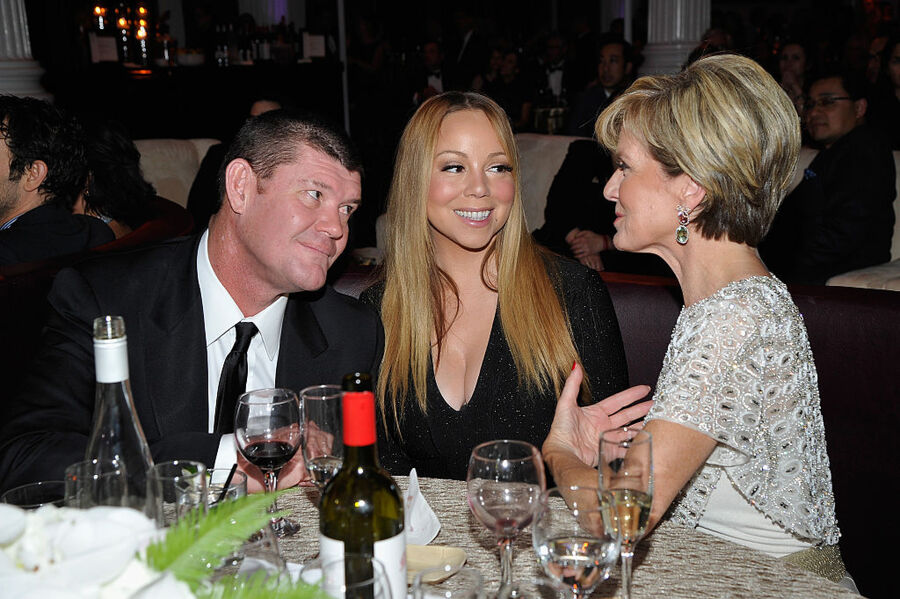 A Temper Tantrum Worthy Of A Diva

Mariah Carey's billionaire fiancée better clean up his iTunes catalog. Carey reportedly through his laptop out the window when James Packer dared to play a song by Beyoncé. Apparently, Packer was trying to get Carey into the mood for a little lovin' and turned on the Beyoncé hit "Crazy in Love." Wrong move, dude. Mariah picked up the computer, threw it out the window, and ran out of the room screaming.

After that, the couple retreated to separate parts of the house. Carey opened a bottle of wine to cool down and then faced off against her billionaire future husband with one demand: no other female pop stars' music is allowed to be played in her house.

That's a tantrum and a demand issued like a true diva.

Kira Kerkorian was raised as the daughter of Vegas billionaire Kirk Kerkorian, the founder of MGM Resorts International, who died in Los Angeles at 98 years old last June. However, she was at the center of a messy paternity battle for much of her life. Kira is an 18-year-old Floridian. Her mother, Lisa Bonder, was married to Kerkorian for 28 days in 1999. She claimed that the billionaire was her daughter's biological father and demanded child support. Kerkorian paid more than $100,000 per month in support for Kira's upbringing.

The investigator took a piece of dental floss from Bonder's ex-boyfriend Steve Bing's garbage. You remember Steve Bing, right? He was involved with actress Elizabeth Hurley some years ago. When Hurley became pregnant, Bing denied it was his. Unfortunately for him, the paternity tests were conclusive. Bing was the father.

That was also the case for Kira Kerkorian. Millionaire Steve Bing is her father, not billionaire Kirk Kerkorian. Nonetheless, Kirk continued to raise Kira as his own until she was 10 years old.

Lisa Bonder admitted during the middle of a custody dispute that she faked a DNA paternity test by using a sample from Kerkorian's other daughter, Tracy.

When Kirk Kerkorian's will was revealed, Kira couldn't really expect to get much. After all, he wasn't her father. Kerkorian surprised his erstwhile daughter, however and left her $8.5 million. In the end, Kirk still wanted to provide for Kira.

I guess, unlike our mamas always told us, sometimes lying does pay off.