By Amy Lamare on January 26, 2018 in Articles › Billionaire News

It has been a wild start to 2018. The flu has been ravaging the country, record cold temps blanketed the north east, the Philadelphia Eagles are going to the Super Bowl, and the U.S. government had a brief shutdown. It's hard to keep up! Fortunately, the world's billionaires keep doing and saying and being involved in some interesting stuff, so that keeps us busy here at Celebrity Net Worth. In today's edition of Billionaire Roundup we take a look at what's been going on in the investigation of the bizarre deaths of Canadian billionaires Barry and Honey Sherman. We also check in with a billionaire playboy who is having some hard luck in the wake of his high profile divorce. The Oracle of Omaha has some thoughts about the Bitcoin phenomenon and Richard Branson finds wisdom everywhere. Buckle up, party people, this is the Billionaire Roundup!

Remember the strange story of Barry and Honey Sherman? The billionaire couple was found hanged to death near the indoor pool in their Toronto mansion. Initially, the authorities thought it was a murder-suicide, even though the Shermans had a lot going on to look forward to, such as the marriage of one of their kids and a grandbaby on the way. Now, investigators are convinced that the couple was killed in a double-homicide. In fact, the cops think the philanthropic couple was murdered by a contract killer. A second autopsy performed on the couple revealed that they were strangled to death using a men's leather belt and then hung. They did not die by hanging. As a result of this new evidence, the couple's death has officially been ruled "suspicious."

Barry Sherman was the CEO of the generic drug company Apotex. 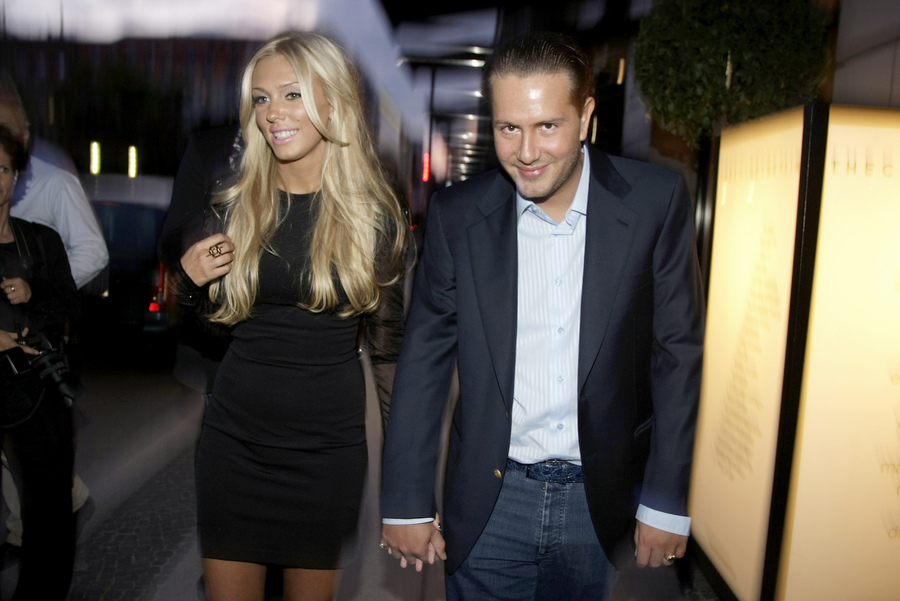 Poor little James Stunt. First his six year marriage to billionaire Formula 1 heiress Petra Ecclestone falls apart. Now he's been robbed of nearly $126 million in cash, gold, and gems from his London home. And the timing is not good since the 35-year-old playboy is involved in what could be a record breaking divorce settlement.

Apparently, Stunt had recently moved into the Belgravia area home and had not yet had time to install a security system. The items were reportedly stolen from his safe, which was located in the basement of the home. Stunt reported the robbery on December 14th. He allegedly considers it an inside job and suspects one of his five security guards, butler, or other domestic staff. There was no evidence of a break in.

Stunt was kicked out of the $95 million home after Petra sought help from the court after he allegedly threatened her and caused her to hide in a locked bathroom with their children. During a preliminary hearing for the couple's divorce, Stunt referred to his soon to be billionaire ex father-in-law, Bernie Ecclestone, as a certain crude four letter word that starts with a "c." Ecclestone is no fan of his son-in-law either. He has referred to Stunt as erratic, and said that he once threatened to blow Petra's head off during an argument. Stunt also allegedly tried to punch his former father-in-law before storming out of court.

Stunt signed a pre-nup worth slightly more than $17 million.

Warren Buffett Is Not A Fan Of Bitcoin

There are many fans of Bitcoin and other cryptocurrencies that see this new form of currency as a way to get rich. Warren Buffett is not amongst those fans. In a recent interview with CNBC, the Oracle of Omaha said:

"In terms of cryptocurrencies, generally, I can say with almost certainty that they will come to a bad ending We don't own any, we're not short any, we'll never have a position in them. I get into enough trouble with things I think I know something about."

Richard Branson looks for lessons and wisdom wherever he goes. The billionaire entrepreneur, island owner, and dare devil even once learned a key lesson about money from a cab driver. He recently took to his blog after a cab ride in Morocco to recount what the taxi driver said to him.

"You made money, not money made you."

Branson went on to say:

"Humbled, I thought he also made a really interesting point. I have never chased money for money's sake and I don't think it is the most important thing when starting a business. I have always believed that if you go into business to improve a product or a service and have a positive impact on people's lives then success and money will follow."

He went on to say this is why entrepreneurs seek industries to disrupt. Sounds like sound advice for aspiring billionaires.