Things are getting pretty crazy, people! A PayPal billionaire is backing Trump, Sheldon Adelson's little Las Vegas paper is losing reporters left, right, and center, and one Chinese business mogul took his employees on an all expense paid vacation abroad. Excuse me, I'm going to go update my resume and start learning Mandarin…

As we barrel toward the major political party conventions and the General Election, things get more and more interesting (or disturbing, depending on your view). Today, the news out of Silicon Valley is that PayPal cofounder Peter Thiel is listed on the California ballot as a delegate for Donald Trump. He is one of more than 165 approved names submitted to the California Secretary of State's office on Monday by the Trump campaign.

Thiel is a Libertarian, but in the past has supported GOP candidates. He was a large donor to Ron Paul's past bid for the presidency as well as Ted Cruz's 2012 run for the Texas Senate. In August, Thiel donated $2 million to a Super PAC supporting former Hewlett Packard CEO Carly Fiorina's campaign.

By and large, Silicon Valley's movers and shakers have been outspoken in their dislike of Trump. However, Thiel has always marched to the beat of his own drummer, often with significant controversy. In the past, Thiel has given money to teenagers to opt out of college and donated to an organization that plans to build a floating city in international waters. But, because he is a billionaire, we'll just call Thiel eccentric and leave it at that, OK? 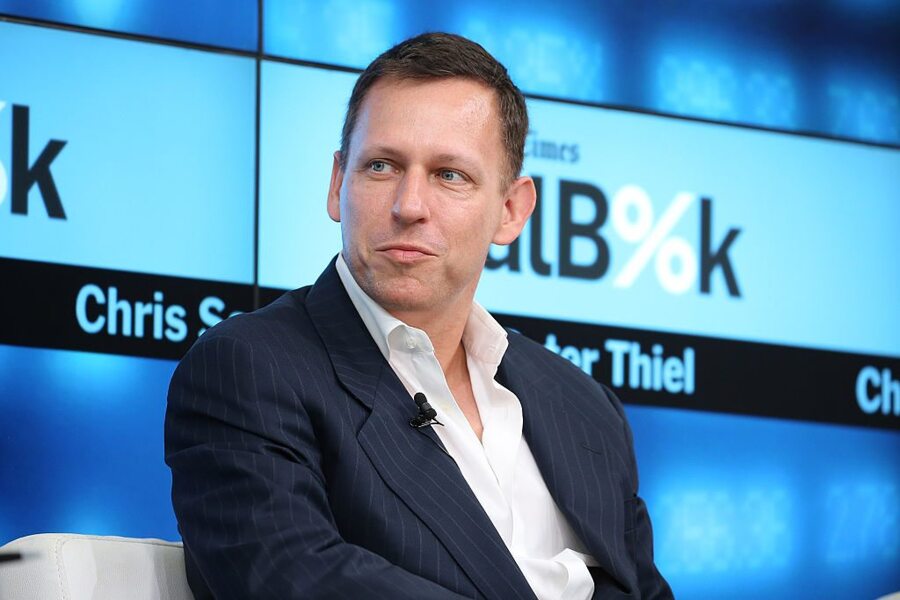 The Las Vegas Review Journal Is Running Out Of Reporters

Not so coincidentally, Robison, DeHaven, and Stutz were the three reporters who helped break the news of the secret sale of the newspaper to Sheldon Adelson.

After Adelson bought the paper, the RJ's reporters turned their investigative skills inward to uncover who their new boss was. This didn't sit well with Adelson, as he intended to keep his identity a secret, even from the newsroom. And now, nearly everyone associated with that reporting and with past features on Adelson is no longer with the newspaper. That's pretty shady…

This is a job with perks! Li Jinyuan is the founder of the pharmaceutical conglomerate Tiens Group. He has a net worth of $800 million. He took 3,000 of his top salespeople on an all expense paid trip to Madrid. While there, he treated them to a traditional paella dinner, a bullfight, a tour of King Felipe VI's palace, and plenty of sangria.

The trip was a bonus for Li's top performers. Spain was chosen because his employees are fond of Spanish food, soccer, and the country's history and culture. Last year, Li took 6,400 employees to France. Fewer people went this year, due to higher sales targets that are required to meet the bonus.