Billionaire Roundup: Battle Of The Billionaires And The Ludicrous Nature Of Politics

By Amy Lamare on February 3, 2016 in Articles › Billionaire News

Well, it seems that the race for president of the United States is going to come down to a battle of the billionaires. Former New York City Mayor Michael Bloomberg is eyeing a run for America's highest office. If he decides to run, it will be a battle of New York City billionaires… at least until Donald Trump's campaign finally runs out of steam. Speaking of Donald Trump, in his ancestral homeland of Kallstadt, Germany, his distant Dumpf (his family's original last name) relatives aren't too impressed by their American cousin. Also, pharma bro Martin Shkreli has started a war with the Wu Tang Clan's Ghostface Killah. That cannot be a good idea. And finally, though the stock market is slumping, one billionaire from Hong Kong is continuing to make enormous purchases.

The Battle Of The New York City Billionaires: Bloomberg vs. Trump

Rumor has it former New York City Mayor and billionaire Michael Bloomberg is eyeing a presidential run. That sets up this election cycle as a battle of the New York City billionaires. Bloomberg's net worth of $36.5 billion trumps, well, Trump's paltry by comparison $4.5 billion. Bloomberg is worth more than nine times what Trump is, and unlike the former reality TV star, he is willing to spend it on his campaign. Trump is, of course, seeking the Republican nomination while Bloomberg would be running on a third party ticket. This is getting interesting, folks! 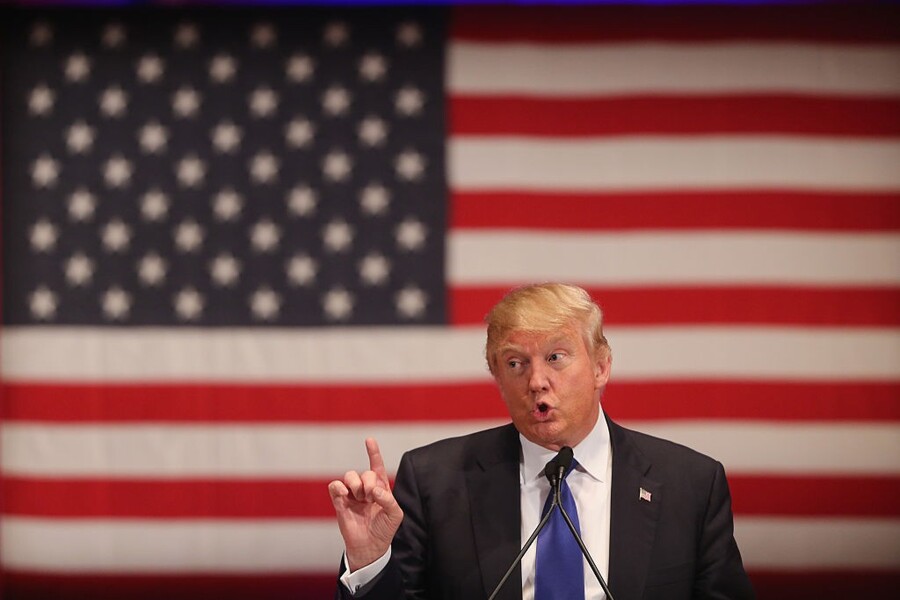 Pharma Bro To Ghostface Killah:"Without Me You're Nothing" At some point, Martin Shkreli is just going to complete his metamorphosis into a comic book villain. First, he raised the price of a life saving drug, then he got arrested for securities fraud, then he was ousted from Turing Pharmaceuticals, now he's got a beef with rapper Ghostface Killah. Is this guy for real? On Thursday, Shkreli released a two minute and 18 second video during which he demanded a handwritten apology from "the heart" from Ghostface Killah for making fun of his nose. Last week, the rapper compared Shkreli's nose to Michael Jackson and called him a sh*thead.

Let's be clear on this. Shkreli made a video of himself surrounded by three masked henchmen and said: "Without me you're nothing. Even though I pity you, I have to give you some punishment." He also addressed Ghostface Killah by his given name, Dennis, which I imagine Shkreli thought was the sickest burn of all.

If Ghostface Killah does not deliver a heartfelt, handwritten apology to Shkreli, the pharma bro said he will erase the rapper from the unreleased Wu Tang Album "Once Upon A Time in Shaolin."  Shkreli owns the rights to the album.

Remember Joseph Lau, the Hong Kong billionaire who bought the world's most expensive diamond for his young daughter? In November he plunked down almost $71 million in less than 24 hours for two diamonds for his seven-year-old daughter Josephine. Well, now he's back and set to lay down a heck of a lot of cash once again. This time he is eyeing a London skyscraper located at 88 Wood Street. The building will cost Lau more than $350 million.

It's a good thing he sold that house in Belgravia with the gold-lined swimming pool.

Presidential hopeful Donald Trump's distant German relatives still live in the sleepy village his family left and they are well aware of their American cousin's campaign. The 1,200 people in the village of Kallstadt have the dubious distinction of living in the ancestral home of the Trump family. Trump's grandfather, Friedrich Dumpf, left the village in 1885 in search of a better life. Local restaurant owner Bernd Weisenborn said: "My father is Donald Trump's third cousin, but we don't talk much about the Trump's in the family."

The Donald's grandfather was 16 years old when he arrived in New York and began working as a barber. After Friedrich died, Trump' grandmother Elisabeth started the E. Trump & Son company, which evolved into the real estate empire Donald inherited.

A Kallstadt local who made a 2014 documentary about the village and its ties to Donald Trump said: "Many locals find Mr. Trump to be a little spooky."