By Amy Lamare on January 7, 2016 in Articles › Billionaire News

Happy New Year, people! Our favorite billionaires have been up to various shenanigans over the holidays, proving that they are always newsworthy. Especially one Mr. Donald Trump. As his hopefully ill-fated campaign creeps forward, more and more interesting news comes out. It also turns out that fears over billionaire mogul Sheldon Adelson's acquisition of the Las Vegas Review Journal may have some basis for true worry. And finally, a tech and clean energy billionaire is in a battle over a beach. There's never a dull moment!

Trump's Ghostwriter Has Opinions About The Donald's Campaign

When the people who have been paid to follow you around and report on your life think you are a lying sack of… well, you might be in trouble. Such is the case with Dave Shiflett and Donald Trump. Shiflett is the co-writer of Trump's book, The America We Deserve. Shiflett has made it clear that he will not be casting his vote for Trump as the next President of the United States of America. This news comes on the heels the announcement that an al-Qaeda affiliate released a recruitment video that features Donald Trump.

Shiflett made his remarks on Alan Colmes' Fox News radio show. He called the memoir he wrote with Trump his "first work of fiction." He also went on to say that Trump has shown no class on the campaign trail. Back in 2000, when Shiflett was working with Trump, the real estate mogul was considering running for president on the Reform Party ticket. The author said that Trump's politics 15-years ago were very progressive and liberal. In 2000, Trump was in favor of single-payer health care and tax increases for the wealthiest Americans. 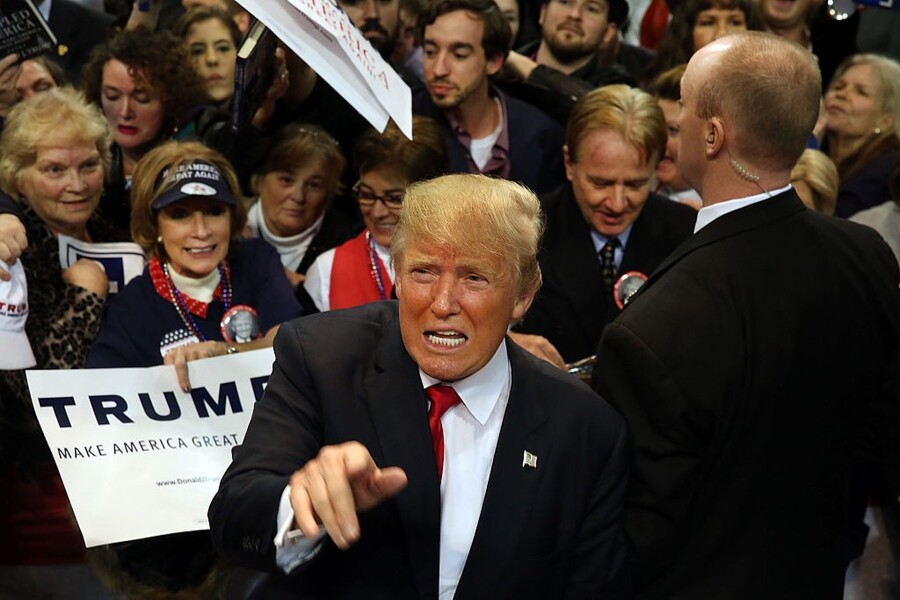 Recently, billionaire casino mogul, Sheldon Adelson, purchased Las Vegas's Review-Journal newspaper. This was a cause for concern in the newspaper industry due to Adelson being a massive GOP donor. Well, the stuff is literally hitting the fan, and just not in Las Vegas. At Connecticut's Bristol Press, veteran reporter Steve Collins abruptly quit after more than 20 years at the paper. His reasoning? The owner of the Bristol Press, Michael Schroeder, published a plagiarized article under a pseudonym that criticized a Nevada judge who has been critical of Sheldon Adelson's business dealings. It should be noted that Schroeder is the manager of News + Media Capital Group, LLC, and Adelson shell company. Collins alleged gross misconduct before resigning.

For four years, billionaire Indian-American entrepreneur Vinod Khosla has been embroiled in a legal battle for over Half Moon Bay, California' Martins Beach. Khosla bought Martins Beach in 2008 and then restricted access to the popular beach by installing a gate on the only road that leads to the property. The beach's previous owners had always allowed the public to access the beach. The spot is popular with fishermen, surfers, and picnickers. Khosla, on the other hand, prefers the beach to remain for his private use only. The problem is that California law states that all beaches are open to the public up to the mean tide line – the highest point of the waves crashing onto the sand. The California Coastal Commission has fined Khosla $11,250 PER DAY since 2008 for restricting access to the beach. Over eight years, Khosla has been fined nearly $33 million.

Khosla has offered to trade the property to the State Lands Commission for a similar beach with private access. The state of California has the right under eminent domain to forcibly purchase the land from Khosla in order to reopen access to the beach.