Billionaire Roundup: A Divorce; Some Investment Plans; And A Fiery Car Wreck

The billionaires of the world are out there getting married and divorced, buying stock and selling it, investing in startups, and buying yachts and expensive cars – and we're here to write about all of it.

Last week, Elon Musk and his – on again, off again, on again and almost off again – wife are once again filing divorce proceedings. Also, polish up your business plans, tech entrepreneurs because PayPal founder Peter Thiel has raised $1 billion and he plans to invest it in startups. Finally, former NBA owner Aubrey McClendon was driving awfully fast when he had his fatal car crash.

The Case Of The On Again, Off Again Billionaire Marriage

Tesla founder and billionaire Elon Musk and his wife, Talulah Riley, have filed for divorce for the third time. The 44-year-old entrepreneur and 30-year-old actress first married in 2010. They divorced in 2012. The couple remarried in July 2013. In December 2014, Musk filed for divorce from Riley. That action was withdrawn seven months later. Now it looks like this divorce petition is the real deal.

The divorce is reportedly amicable, with the couple agreeing that Riley would be the one to file the petition this time around. The statement released by the couple revealed that they have been living separately for the past six months. They plan to remain friends.

Musk and Riley do not have any children together. Musk has five sons from a previous marriage.

PayPal co-founder Peter Thiel has put together yet another billion-dollar tech fund. He will launch his venture capital firm's sixth fund very soon – possibly even this week. Thiel was an early investor in Facebook and has since placed big money on cancer research, marijuana, and space travel. His 10-year-old Founders Fund has nailed down commitments of more than $1 billion for this latest fund.

This is a significant achievement, considering that the volatility of the stock market has pummeled the valuations of high-profile tech companies, including Dropbox, Snapchat, Twitter, and Palantir – the secretive data-sleuthing startup that Thiel co-founded in 2004. 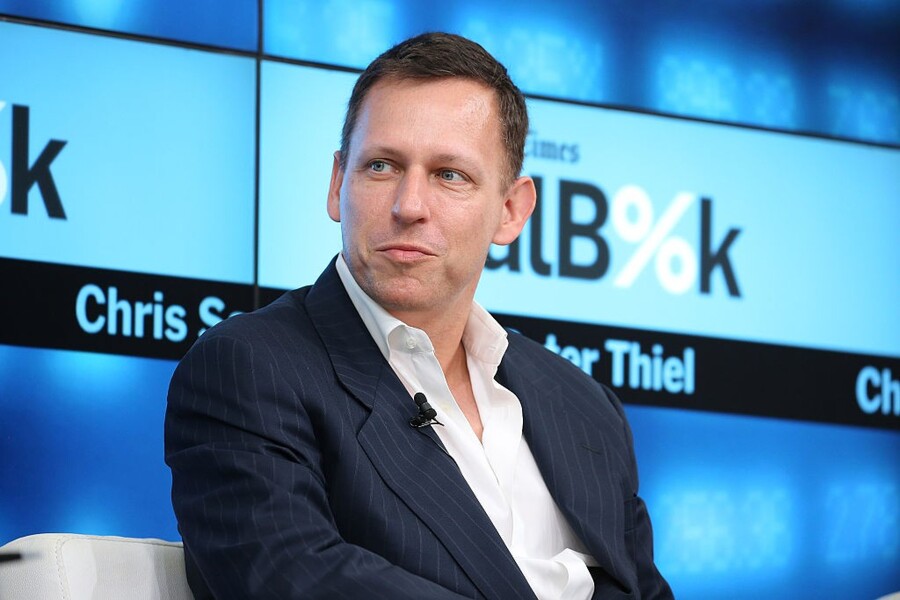 It is believed that tech companies valued at $1 billion or more may have a hard time securing new financing from venture firms this year. Currently, smaller tech firms are driving innovation more than are Fortune 500 companies.

Thiel's new fund hasn't revealed much about its specific plans. However, it is a good bet that it will invest in startups in the fields of spacecraft, robots, and revolutionary medical treatments. After all, Thiel has been an investor in Elon Musk's SpaceX since 2008. At the time, SpaceX was valued at just over $300 million. The company had an $11 billion valuation during its last valuation analysis, in 2015.

McClendon Was Driving 88MPH When He Crashed

Former Oklahoma Thunder owner and Chesapeake Energy CEO, Aubrey McClendon, perished in a fiery car wreck earlier this month. At the time of the crash, McClendon was driving 88 miles per hour. He slammed into a bridge. There were no signs that he attempted to slow down, and he was not wearing a seat belt. In all likelihood, the chest and head trauma he sustained in such a high-impact crash killed him before the car burst into flames.

McClendon's death sent shockwaves through the oil and gas industry. Less than 24 hours before his fatal wreck, he had been indicted on conspiracy charges.

The toxicology report and official cause of death will take several more weeks to process.