By Joseph Gibson on December 3, 2016 in Articles › Billionaire News

The desert retreat formerly owned by legendary comedian Bob Hope and his wife, Dolores, in Palm Springs, California now has a new owner: billionaire Ron Burkle. Burkle shelled out $13 million for the property according to the Los Angeles Times, and even though that makes it among the most expensive homes in the Coachella Valley area, it's a downright bargain compared to how much it was listed for initially.

The original listing price for the Bob & Dolores estate was $50 million, a price point that was most recently chopped down to a little under $25 million before Burkle came in with $13 million. That reflects not just the celebrity status of Hope, but the house's distinctive architecture by famed Modernist John Lautner. The 23,366-square-foot home is the largest private home ever designed by Lautner, built from concrete, steel and glass back in 1979 for the Son of Paleface star. 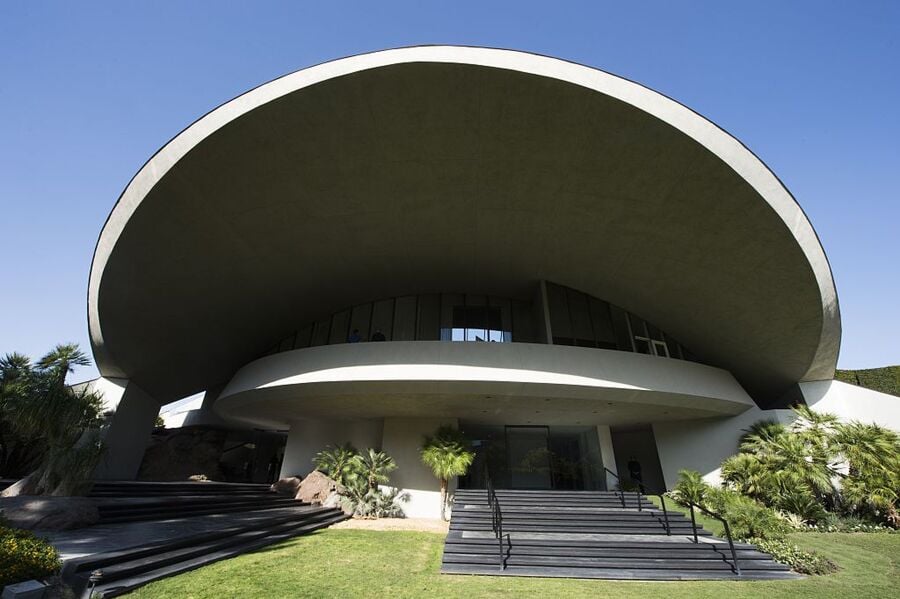 The house has a very interesting and futuristic design. Underneath its signature curving copper roof, it has 10 bedrooms, 13 bathrooms, two fireplaces, and main floor work by Malibu Getty muralist Garth Benton. Outside, there's another fireplace, another Benton mural near the pool, a tennis court, pond, waterfall, and extensive landscaping keeping with the desert theme of the six-acre property.

Interestingly, this is not the first home owned by Burkle to be designed by John Lautner. Previously, the billionaire had Lautner's famous Elrod House, as seen in the 1971 James Bond film Diamonds Are Forever, recently purchased by fashion designer Jeremy Scott for $7.7 million.