By Amy Lamare on December 27, 2019 in Articles › Billionaire News

Anthony Wood is pretty much responsible for the way we watch television programming today. He created one of the first DVRs that allowed us to fast-forward through commercials. He also worked at Netflix. He founded Roku. Now he's backtracking. The man that taught us to hate commercials is embracing them for Roku's next move. Oh, and, as the title of this article says, Wood has quadrupled his net worth over the past year.

Roku's original business, of course, was selling its inexpensive TV accessory that allows viewers to stream content from Netflix, YouTube, Hulu, Disney+ and more. The thing is, Roku never turned a profit. And while Roku is a pioneer in the streaming business, the company is facing stiff competition these days from Apple, Amazon, Google, gaming consoles, and smart TVs. So now, Wood is betting that Roku can evolve from a hardware-only business into a software business that measures the reach and effectiveness of ads on streaming apps. Basically, he's looking to replace Nielsen ratings. Wood's measurement of the ads can tell a company that out of everyone who saw the ad, the exact percentage of those people who went to the website and bought something. 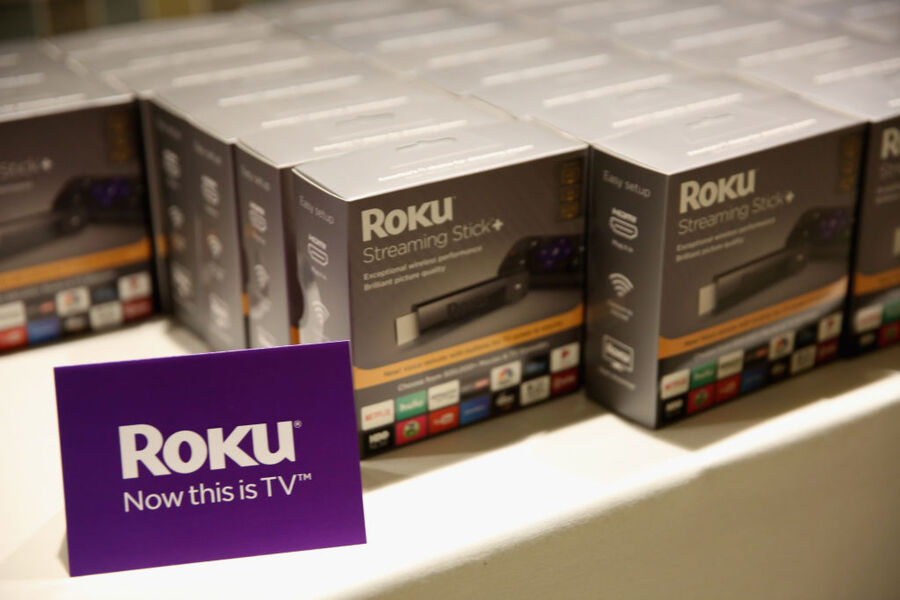 This plan to cater to advertisers is an old plan of Wood's. And it was born out of failure. In the early 90s, he was frustrated trying to record episodes of his favorite TV show – Star Trek: The Next Generation – on VHS tapes, so he invented the DVR. ReplayTV was his brainchild. It was released in 1999 and retailed for $1,000. That was his big mistake. TiVo came out around the same time and sold its DVRs for half that amount. As a result, TiVo won the market share game.

In 2001, Wood sold ReplayTV to SonicBlue for $42 million. He stayed on to run the company. He released a version of ReplayTV with a commercial skipping feature to differentiate it from TiVo. The company was sued by pretty much every major studio. SonicBlue went bankrupt.

Woods was down but not out. He founded Roku in 2002. He called Reed Hastings at Netflix and asked him to lunch. Hastings asked Wood to come to Netflix as the vice president of internet TV in 2007 and guide the company's streaming player project through production. Wood left Netflix 10 months later but there were no hard feelings. Netflix became an early investor in Roku.

In 2008, the first Roku boxes hit the market for $99.99. Today the cheapest Roku sells for less than a third of that. Roku has 41% of the market share of streaming devices as of 2018. That's more than Amazon's FireTV, Google's Chromecast, and Apple TV. In order to both stay relevant and ahead of the competition, Roku partnered with a number of TV manufacturers in 2014, including TCL, Hitachi, Hisense, and Sanyo Electric to build Roku's operating systems directly into smart TVs. As a result, Roku's OS is in one of every three smart TVs sold in the U.S. from January through September 2019. Rivals took note. All Samsung TVs will now start coming with Apple TV built-in.

In 2015, 84% of Roku's $320 million in revenue came from hardware. Advertising and content was good for 16% or $50 million of its revenue. Now advertising and content is the company's fastest-growing division. In October, Roku acquired dataxu, a tech company that allows clients to plan and buy video ad campaigns, for $150 million, showing that Woods intends to keep going down this path for Roku. Investors are responding positively to this shift in Roku's core business. Stock is up 340% since the beginning of 2019. This has pushed Wood's net worth up $2.6 billion to $3.3 billion since January.