Robert F. Smith is the 54-year-old founder of the private equity firm, Vista Equity Partners. Vista deals in the not-so-sexy category of enterprise software, which might be why he's flown largely under the radar. In 2000, Smith launched Vista Equity Partners and in the 16 years since then, Vista has grown to nearly $16 billion in assets and generated insane returns for its investors. Vista has delivered a whopping 31 percent average annual rate of return to its investors since 2000. His net worth of $2.5 billion makes him the second wealthiest African American behind Oprah Winfrey.

Smith has been making news lately – he was on the cover of Forbes Magazine's Richest Americans issue, he married Playboy Playmate of the year Hope Dworaczyk in a splashy and expensive ceremony, donated $20 million to the National Museum of African American History and Culture, and he is paying education of 24 girls from the Chibok community, including the 21 who escaped from captivity by Nigeria's militant Islamist group, the Boko Haram. He also made a $50 million commitment to his alma mater, Cornell University's School of Engineering. The school will be renamed the Robert Frederick Smith School of Chemical and Biomolecular Engineering at Cornell. Smith's donation will also fund the Robert Frederick Smith Tech Scholars Program which will provide financial aid for minority and female students. 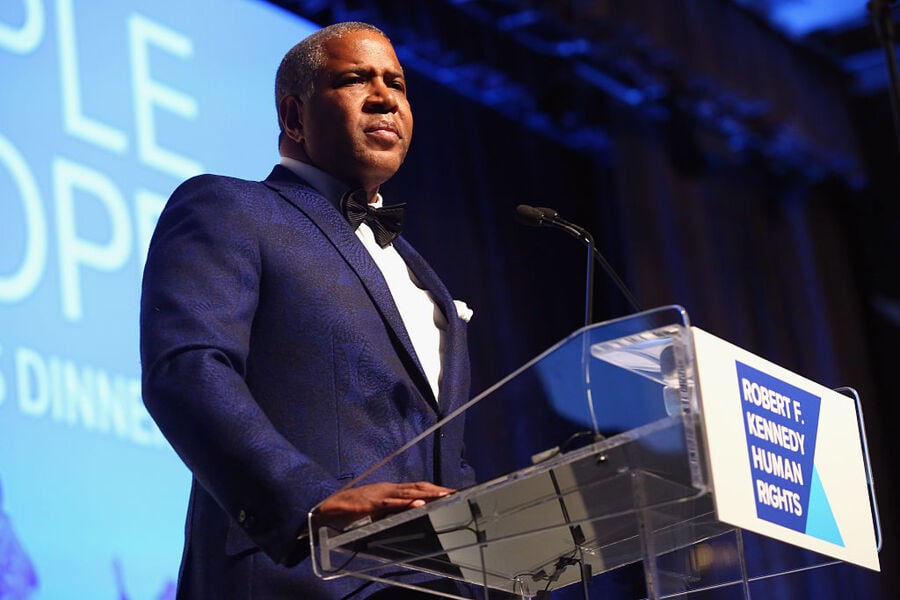 Basically, Robert F. Smith is a pretty generous guy. That much is obvious from his history of giving. Well now he's upped the ante and joined Bill Gates, Warren Buffett, and a slew of other billionaires in the Giving Pledge. The pledge requires that you give away a majority of of your fortune in your lifetime.

The Giving Pledge was created in 2010 by Bill and Melinda Gates and Warren Buffett. Their goal is to encourage charitable giving around the world. One aim of The Giving Pledge is to change how philanthropy is done. "Over the long-term, the Giving Pledge hopes to help shift the social norms of philanthropy toward giving more, giving sooner and giving smarter," it said in a statement. Since Robert F. Smith has already proven he's philanthropically minded, he shouldn't have any trouble fitting in.