By Joseph Gibson on October 6, 2016 in Articles › Billionaire News

The recently-opened Washington, DC National Museum of African American History and Culture from the Smithsonian Institution's largest donor was an extremely famous individual: Oprah Winfrey, who bestowed an impressive $21 million gift to help get the museum up and running. But the second-place donor is a far-less famous billionaire out of Denver, Colorado: Investor Robert F. Smith.

Interestingly, Smith is reported to be the second-wealthiest African American in the United States, right behind Oprah herself, and like Oprah, Smith is known for his frequent and generous contributions to various non-profit organizations. Smith's causes of choice run towards human rights advocacy, black cultural advocacy (like the new National Museum of African American History and Culture), and music outreach, according to a recent profile in the Washington Post of the relatively reclusive billionaire. But in that interview, Smith's outlook on the state of the world today isn't exactly optimistic:

"The vision I was sold as a kid is unraveling. I see the little tears in the fabric of society every day. This cannot be." 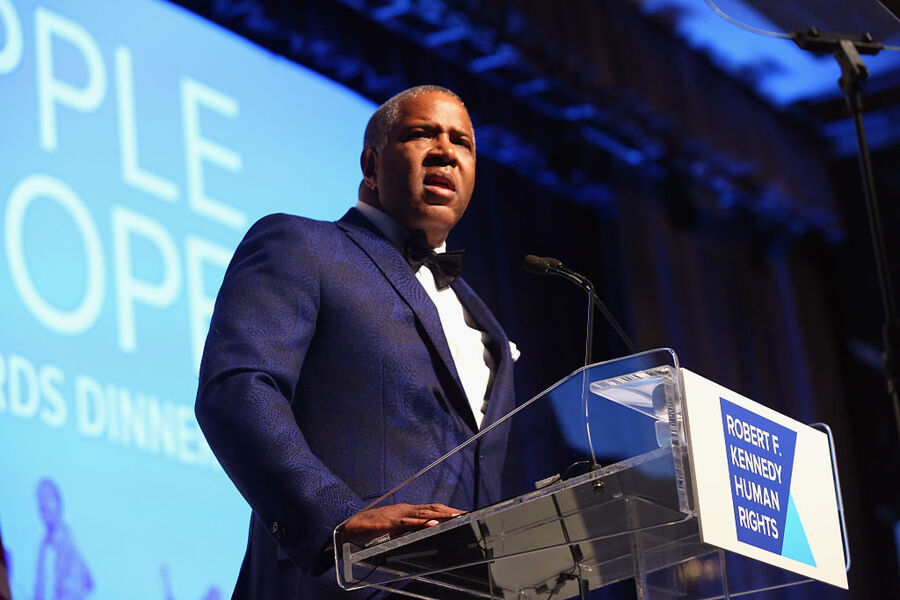 With that in mind, a $20 million donation to a museum devoted to African American history is an even more worthy contribution. It's an especially admirable gift because Smith, Like Winfrey, does not live in Washington where the museum is located. As founder and CEO of Vista Equity Partners, he currently calls Austin, Texas home, but with an estimated $2.5 billion net worth a trip to DC every now and then to check out the museum probably isn't out of the cards.