The dream of a civilian jet that breaks the sound barrier has been just that – a dream – since the last Concorde flight in 2003. But creating a new supersonic civilian jet, one with all the luxuries a billionaire would be accustomed to traveling with, has been the specific dream of one such billionaire: Robert Bass, who is now in talks with General Electric to make that dream a reality, according to a recent Bloomberg report. 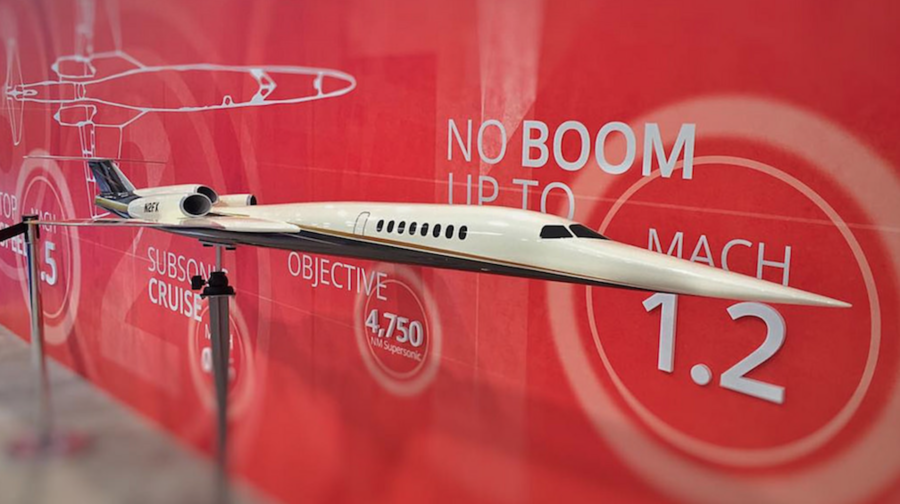 Aerion Corp., controlled by Bass, is now negotiating with GE to collaborate on the AS2 plane, which would be the first supersonic airplane available to civilians since the Concorde. Trans-Atlantic flights could be shortened by as much as three hours, while longer flights across the Pacific would be shorter by as much as six. If the negotiations are successful, the AS2 would be one step closer to reality, as would be the engines that meet cost and noise specifications and that need to be developed in order to make the AS2 possible. More specifically, the AS2 will require a quieter engine than the Concorde, since backlash against the famous "sonic boom" created when the sound barrier is broken as well as other engine noises is said to have contributed to its downfall. The plan for the AS2 is to stay just under supersonic speed while over land, and limiting its full speed of Mach 1.5 (1.5 times the speed of sound) and the accompanying sonic booms to when the plane is above the water.

Aerion has reportedly already lined up a buyer for the plane once it comes into being, getting a commitment to buy 20 AS2s from fractional jet ownership firm Flexjet. But if you're hoping to buy one for yourself, it might be time for you to start saving up now, because the plane's current list price is $120 million.