By Joseph Gibson on July 28, 2022 in Articles › Billionaire News

Sheikh Hamad Bin Abdullah Al Thani, billionaire cousin to Sheikh Tamim Bin Hamad Al Thani, the Emir of Qatar, is known for his opulent wealth that even makes the Queen of England jealous. Upon visiting his massive London mansion, the Queen reportedly gushed that his home made "Buckingham Palace look dull."

Outside of making the Queen envious, Sheikh Hamad generally spends his time investing in art. His legendary art habit has recently found its way into the tabloid headlines thanks to a lawsuit filed against respected London art dealer named John Eskenazi. Sheikh Hamad claims Eskenazi sold him more than $5 million worth of what were supposed to be authentic ancient statues, but in reality they were allegedly fakes. 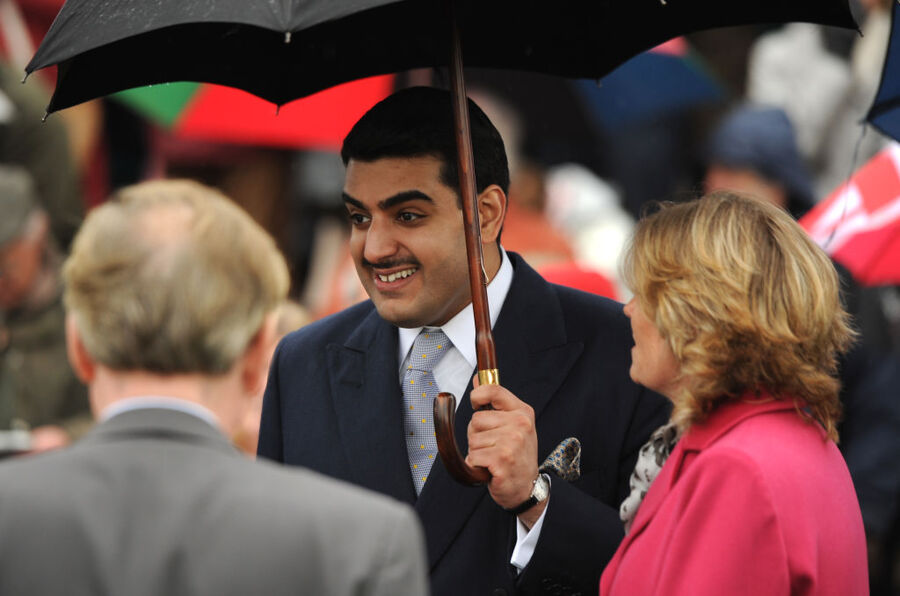 In the suit, Hamad says he paid "top dollar" for seven pieces of what he was led to believe was nearly priceless ancient art, like a carved head of god Dionysus and another statue depicting the goddess Hari Hara. Altogether, and according to current exchange rates, he paid more than $5 million for the statues, believing them all to be between 1,400 and 2,000 years old.

At some point after making the purchase, Hamad grew suspicious of their authenticity, alleging to have found bits of plastic in the supposedly ancient ceramics. He also says in the suit that the pieces are too well preserved for their purported dating to be accurate.

Hamad wants his money back, and is claiming in court that Eskenazi knew at least one of the pieces was fake when he sold them.

Eskenazi says otherwise and is filing countersuit to prove the pieces are in fact authentic.

In court, Hamad's legal team reportedly called attention to various chemicals and plastics found in the statues, suggesting that these were evidence that the pieces were the work of a modern forger. But Eskenazi's lawyer says the evidence is inconclusive:

"Conservation and restoration treatments, particularly the more invasive and stringent methods used until the very recent past, self-evidently interfere with an object's surface including any weathering patterns; and are likely to introduce foreign materials to an object, whether in the form of the residue of the tools used, modern materials used in restoration, the application of aesthetic deposits, or the removal of existing patinas."

These treatments, according to Eskenazi's lawyer, can make true authentication of such pieces impossible. And he denied the possibility that an art dealer with a reputation like Eskenazi would risk his business on selling forgeries to such a prominent client as the Sheikh. Instead, he characterized the suit as a simple case of buyer's remorse, spurned on by claims of inauthenticity made by a rival dealer.

The case is ongoing, and eventually a judge will decide whether Sheikh Hamad's claims of forgery are legitimate, and whether he might be entitled to get that $5 million back from Eskenazi.