By Beth McDonald on March 1, 2016 in Articles › Billionaire News

Nike Co-Founder and Chairman, Philip Knight, recently pledged to give his former school, Stanford University, $400 million. The donation is one of the largest ever made by a single person to a university, rivaling that of hedge fund billionaire John Paulson's $400 million donation to Harvard University in 2015.

The donation will be put towards the establishment of a fellowship program to help fund research and living expenses for graduate students who have committed to working on serious social and global challenges, such as climate change and income inequality. Specifically, the fellowship, which will be called the Knight-Hennessy Scholars Program and begin enrollment in 2018, will fully-fund 100 graduate students per year as they tackle these big issues. "This is using education to benefit mankind and I think it really could be transformative," said Knight recently to The New York Times. "I jumped on it right away."

This isn't Knight's first mega donation. In fact, Knight, who has a net worth of $26 billion, has donated hundreds of millions of dollars over the years to educational institutions and causes. In 2006, for example, he gave Stanford University's business school $105 million for a new campus, including eight new buildings. He and his wife, Penny, also pledged $100 million to the University of Oregon in 2007 to support athletic programs and again donated $500 million in 2015 to the school to fund cancer research. 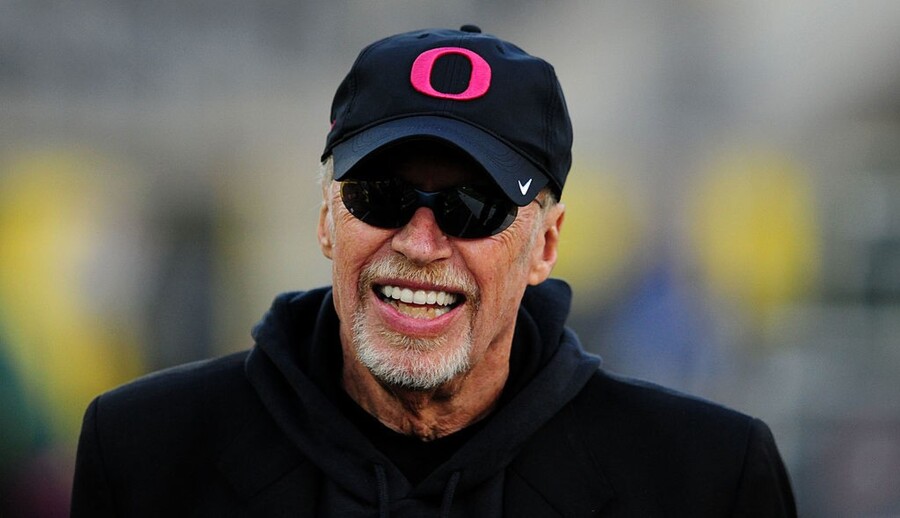 While many people have applauded Knight's and other billionaire businessmen's altruism and loyalty to their alma maters, others are critical of these mega donations to already wealthy, elite colleges and universities, noting the money should be instead given to organizations and charities that are already working on the front-lines of social, medical, economic, and environmental issues, and desperately need funding.

Stanford University and Harvard University raised over $1.6 billion and $1 billion, respectively, in donations and gifts from individuals and foundations in 2015 alone, according to a report by the Council for Aid to Education. Other top colleges and universities, including Cornell, Columbia, Princeton, Yale, and Duke received hundreds of millions of dollars in donations last year, as well.

Why do rich individuals donate to already wealthy colleges and universities that don't need it? According to Market Watch, many enjoy the attention and fame associated with giving to a prestigious, well-known university, while others believe their donations to a top-tier school will have a trickle-down effect to other institutions. Whatever the reason may be, these mega-gifts are quickly becoming viewed by many as out of touch with the real needs of charitable foundations and aggravate the already widening disparity between wealthy ivy-league schools and smaller private and public institutions.