By Joseph Gibson on May 7, 2021 in Articles › Billionaire News

Billionaire Mukesh Ambani is the new owner of the UK's Stoke Park Ltd. – a luxury golf course made famous in several classic films. Mukesh made the acquisition through his company Reliance Industries Ltd., paying $79 million.

To the moviegoing public, Stoke Park is known as the golf course where James Bond played against a cheating Auric Goldfinger in the 1964 film, "Goldfinger." The course also appeared in "Tomorrow Never Dies," another Bond adventure, and more recent projects like "The Crown" and "Bridget Jones's Diary".

However, Ambani probably didn't purchase Stoke Park for its movie memorabilia status; the property is also home to a 49-room luxury hotel, 13 tennis courts, and 14 acres of gardens. That's all in addition to its famous 27-hole golf course.

According to the park itself, it has a history that goes back an incredible 900 years, which purportedly earns it the designation of the first country club in all of Britain. But it was a private residence until relatively recently – 1908, when it was turned into the now legendary country club it is today.

A business filing involving the purchase of Stoke Park by Reliance says that the latter "will look to enhance the sports and leisure facilities at this heritage site" following the deal. Chester King, the property's managing director and member of the family that sold it to Reliance, released a press statement on the park's new owners and its future:

"It has been a great honor for my family to have been the owners and custodians of Stoke Park over the past 33 years. I am delighted that the new owners share the same respect for the club's incredible heritage, its values and longer-term vision and I look forward to working closely with them. As soon as we met with Reliance it was clear that this represents business as usual for our members, customers, and the local community."

Ambani has prior experience in hospitality, counting the luxury Oberoi Hotels in India among his many corporate holdings, and now he's expanding into the UK and a golf course with centuries of history behind it. 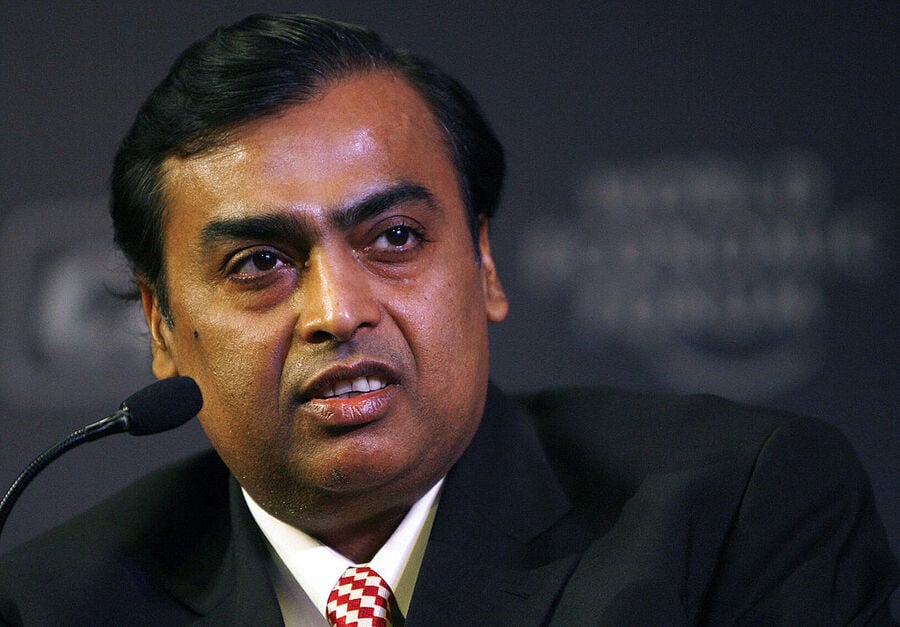 Who Is Mukesh Ambani?

Mukesh may not be well-known to most Americans, but don't let his relative obscurity fool you. Mukesh is extremely rich.

Mukesh earned his fortune thanks to Reliance Industries Limited which was founded by his father Dhirubhai Ambani in 1973. The company initially started out in the textile business, eventually expanding into telecommunications, petrochemicals, oil refining, natural gas and more. Dhirubhai took the company public in 1977. Today the company's subsidiary Reliance Retail is the largest retailer in India.

Mukesh left Stanford's MBA program in 1981 to return home and work for the family business.

Dhirubhai died in 2002 without a will. A three-year bitter legal feud was launched between Mukesh and his brother Anil. Their mother eventually had to step in and broker a peace agreement.

Unfortunately, that deal would prove to be incredibly good for Mukesh and horrifically bad for Anil.

How horrifically bad? Well, remember, Mukesh is currently the 12th-richest person in the world with a net worth of $70 billion. Anil is currently worth ZERO. That's not an exaggeration. n a February 2020 court filing Anil claimed:

"My net worth is zero after taking into account my liabilities. In summary, I do not hold any meaningful assets which can be liquidated for the purposes of these proceedings."

At the time a judge ordered him to set aside $100 million in a court account while he is being sued over a $700 million debt owed to several state-controlled Chinese banks.

Anil has been described as "one of the fastest destroyers of wealth in history", having reduced the market cap of his half of the business by 90%.

Unclear if he will be allowed to play golf at his brother's new course. Or use it as a residence.