By Joseph Gibson on September 21, 2018 in Articles › Billionaire News

All over the world, there are currently 62 billionaires who own at least one professional sports team. Of this select group, India's Mukesh Ambani is the wealthiest, with a net worth of $47.7 billion. He's the owner of the Mumbai Indians, a team affiliated with Indian Premier League cricket.

That's right, the richest sports team owner in the world doesn't own a US or European football team, but a Mumbai cricket club. But a recent CNBC profile tells the tale of how Ambani made his billions through Reliance Industries, the huge conglomerate based in Mumbai that he owns. Reliance is a massive entity now, with companies in the fields of energy, retail, telecommunications, and textiles, but it began as a small company in the latter field when the company was started by Ambani's father. When it came time for his father to decide how he wanted his children educated, he brought them up in a somewhat unusual way. Having never finished high school himself, he thought it important that his kids get firsthand experience of the real world. As Ambani explained in a New York Times interview in 2008:

"We never studied. We went out and learned how to play hockey. And we went by bus, and we went by train, and we said, 'This is what life looks like.'" 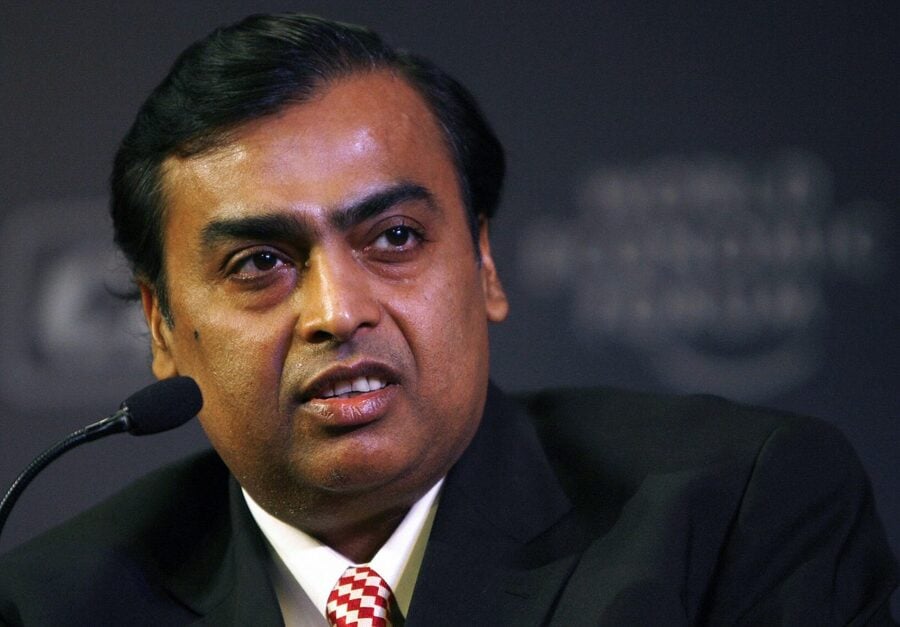 Flash forward to Ambani's acceptance into the Stanford MBA program, and his father calls him back to his home to run a "yarn manufacturing project" at Reliance. From there, the company continued to grow to its present stature, with a galaxy of companies under its umbrella, and Ambani is its largest shareholder with a 40 percent stake.

Ambani purchased the Mumbai Indians for a little over $100 million in 2008, acting through a subsidiary of Reliance Industries. At the time, that made him the wealthiest owner in cricket, but now his wealth has grown to surpass even that fiscal accomplishment.