By Amy Lamare on November 27, 2015 in Articles › Billionaire News

For Seattle residents, the name Martin Selig is nearly synonymous with their celebrated city skyline. Through his development company, Selig has been building luxury high rises in Seattle for almost 60 years. Two of his most impressive projects – the Fifth & Jackson and Fifth and Yesler buildings – have forever changed the Seattle skyline. Selig is also the man responsible for the 76 story, Columbia Center, which was once the city's tallest skyscraper when it was completed in 1985. To keep fit, Selig ran up and down the stairs of his building. 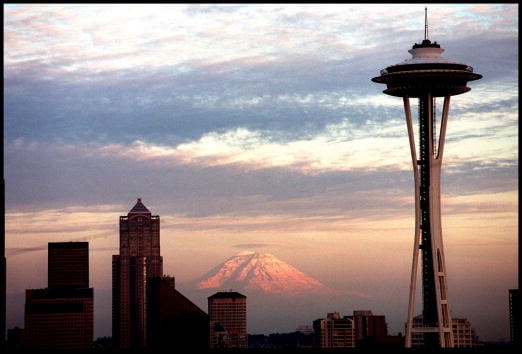 It was 1939, and two-year old Selig fled Germany with his family after receiving a tip late one night that told them to get out of the country right away. The Selig family made their way through Poland to Russia and snuck onto the Trans Siberian Railroad. The family then made their way to Korea and Japan, fleeing the threat Adolf Hitler and the Nazis posed for so many Jewish families. They secured passage to America on a ship – in steerage – and randomly chose Seattle as their destination. Selig has been there ever since.

As a young man, Selig worked in his father's children's clothing store. He bought his first building and founded Martin Selig Real Estate in 1958 while he was still in college at the University of Washington. He put a $2,000 down payment on what was a $50,000 building at the edge of what would eventually become the upscale shopping mall University Village.

Selig built his first shopping center in 1962. Before he built it, he secured the tenants for it. Selig then used the proceeds from the sale of that shopping center to buy a one-story building in 1969 that led to the development of his first commercial office building, a five-story, 60,000 square foot property.

Over the next two decades, Selig developed a building a year. He survived the economic downturns of the city, which led him to sell off key properties such as the Columbia Center, which he sold in 1989 for $354 million. When asked why he went into real estate, Selig has frequently said it is because he didn't trust the stock market.

When Selig is not reshaping Seattle's skyline, he likes to ride his Harley motorcycle. In fact, he was once part of a group of Seattle CEOs known as "Hell's Rotarians," who donned their leather riding gear and roared off together on their Harleys.

Selig is also an avid art collector. He inherited an impressive collection from his father that includes a few Rembrandts and some Toulouse-Lautrec pieces. The elder Selig bought the art with the monthly reparation checks he received from the German government.

Selig is married with three grown children. He doesn't plan to slow down anytime soon. He has no partners in Martin Selig Real Estate, and never has. Since arriving in Seattle nearly 76 years ago, Martin Selig has done it his way.