Billionaire Lineup: Spring Has Sprung, Vaccines Are Out, Billionaire Space Mission All Set To Go

By Amy Lamare on April 6, 2021 in Articles › Billionaire News

Hey party people! Spring is officially here and with it comes longer days and warmer temperatures. As usual, our favorite billionaires are out there living their best lives. Billionaire Jared Isaacman has chosen the three people that will accompany him on a SpaceX flight orbiting the moon. Controversial Governor of West Virginia Jim Justice is no longer a billionaire. And finally, a Swiss billionaire who lives in Wyoming wants to buy Tribune Publishing, the parent company of "The Daily News," "The Baltimore Sun," and "The Chicago Tribune." Buckle up people, this is the latest edition of the Billionaire Roundup.

A Billionaire In Space

Jared Isaacman bought out an entire SpaceX flight to the moon called Inspiration 4 in the name of raising money for St. Jude's Children's Hospital. He's chosen his co-astronauts and the two latest turn out to be huge fans of space. Sian Proctor is a community college professor and scientist from Tempe, Arizona. Proctor beat out 200 businesses to get the seat reserved for a customer of Isaacson's company Shift4payments. Proctor applied to NASA's astronaut corps three times. Her father worked at a NASA tracking station for the Apollo moonshots with Neil Armstrong and Buzz Aldrin. Chris Sembroski, from Everett, Washington, is a former Air Force missileman. His college friend actually won the seat and gifted it to Sembroski, who was a counselor at Space Camp in college and volunteered for a number of space advocacy groups. The third passenger, 29-year-old Hayler Arceneau, is a physician's assistant at St. Jude. She was treated at St. Jude's as a child for bone cancer. Isaacman will be the commander of the spacecraft. 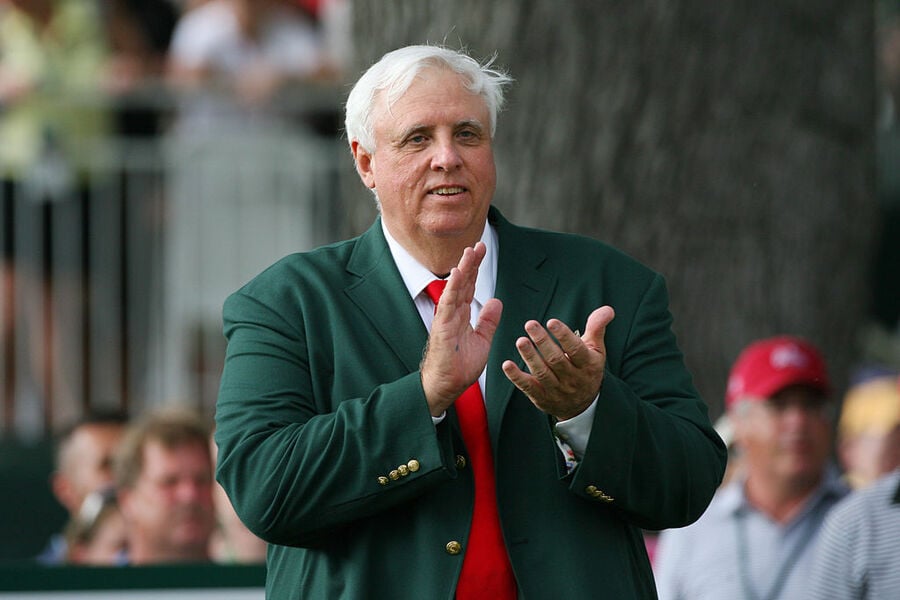 West Virginia Governor Jim Justice made his fortune when he sold Bluestone Ventures, a collection of coal mines, in 2009 for $500 million. That deal pushed him into the ranks of billionaires with a $1.1 billion net worth. His net worth eventually topped out at $1.68 billion. Since then, however, the coal industry that he held stock in has tanked. The Russian company he sold Bluestone to demanded he buy it back. So he did for $5 million and $300 million in environmental and legal obligations. The Russians apparently mismanaged the company and left it in a shambles. Justice and his son were able to return the company to profitability eventually, but they needed capital to do that. So he took out the first of what would eventually rack up to $850 million in loans from Greensill Capital. Greensill filed for bankruptcy in the U.K. in March and now those $850 million in loans Justice took out have been called in. Assuming he uses some of his $1.68 billion net worth to pay them off, this brings his net worth down below a billion dollars.

In more bad news for Justice and his net worth, the PGA Tour permanently canceled its tournament at Justice's Greenbrier Hotel last year. The property was badly damaged in a 2016 flood and it appears it has yet to be fully repaired despite a reported $200 million Justice and his insurance company have paid for renovations.

In all likelihood, Justice will settle the $850 million in debt with Greensill for pennies on the dollar. Until then though, he really can't be considered a billionaire when half his net worth is tied up in debt.

Hansjorg Wyss, an octogenarian Swiss billionaire, has teamed up with Maryland-based hotelier Stewart W. Bainum Jr. to place a bid to buy Tribune Publishing. Wyss made his money as the former CEO of Synthes, a medical device manufacturer. Wyss is also an environmentalist who has donated a significant portion of his fortune to helping preserve wildlife habitats in Wyoming, Montana, and Maine. He reportedly wants to buy Tribune Publishing because he believes the U.S. needs a more robust press. The current owner, a hedge fund called Alden Global Capital, is particularly known for cutting costs drastically at the newspapers it owns. Alden owns a 32% stake in Tribune Publishing and has an agreement to buy out the rest of the company at $17.25 per share. That deal also gave Bainum the right to put together a nonprofit group to buy the "Baltimore Sun" and two other Tribune-owned newspapers in Maryland for $65 million. That deal fell apart and that's when Bainum turned to Wyss. The Swiss billionaire has no problem letting Bainum have and run the Maryland newspapers. He wants the company's flagship newspaper and plans to find people to buy the seven other Tribune-owned daily newspapers. Wyss just wants the "Chicago Tribune" to be better than ever, and he believes he's just the person to make that happen.