By Joseph Gibson on July 13, 2022 in Articles › Billionaire News

Billionaire John Paulson filed for divorce from wife Jenica Paulson in September of last year. As is sometimes the case, the divorce is contentious, and the couple reportedly had no prenup. Now, Bloomberg reports that Jenica is accusing her soon-to-be former husband of hiding "billions" of dollars' worth of assets in various secret trusts, in order to keep the money from her.

Jenica Paulson has sued John Paulson in New York state court, and her lawsuit alleges that John has been engaged in some creative accounting with the help of "a cadre of hand-picked agents and advisors." According to the lawsuit, this consisted of three separate trusts hiding billions of dollars, all to prevent her from claiming a "fair and equitable share of assets" in the couple's divorce. Now, she wants another $1 billion in damages from her husband, whom the suit describes as being "astronomically wealthy." 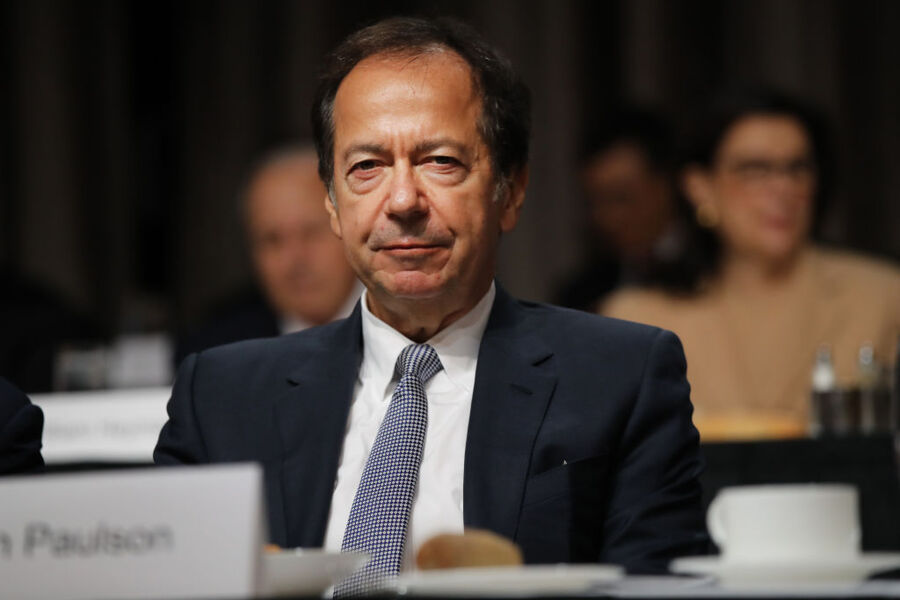 The Paulsens were married for over 20 years and have two children together, but Jenica says in her lawsuit that she learned of John's divorce filing by reading about it in the New York Post. The lawsuit goes on:

"While the trusts created by Mr. Paulson ostensibly served as vehicles for the financial benefit of his family, in reality they were post-nuptial substitutes made unilaterally by one spouse without the other's knowledge or consent and served to evade Mr. Paulson's lawful obligations in the event of divorce…Mr. Paulson's attempt to dispose – unilaterally and in secret – of billions in assets violates the well-settled protections established for spousal creditors in this State."

John Paulsen himself hasn't commented publicly on the suit as of this writing. But the Bloomberg story also points out that the Paulsens also have extensive real estate holdings that will have to be worked out in their divorce, including a Hamptons estate they paid a reported $41 million for in 2008.