By Amy Lamare on August 1, 2019 in Articles › Billionaire News

John Arnold and his wife Laura are billionaire philanthropists who are sick and tired of other wealthy people taking advantage of a controversial tax loophole that allows donors to stash more than $100 billion in assets by saying it is slated for charity. The thing is, it doesn't ever really have to be donated. Donor-advised funds (DAF) are philanthropic middlemen. Wealthy people cut a check to a DAF to avoid paying capital gains taxes today. They then, in theory at least, donated the money in the DAF over a long period of time. However, critics of this process, including Arnold, call this a tax scam because people who donate to DAFs don't actually give enough to charity to warrant the tax break. Most of the outrage about DAFs comes from charitable consultants and academics. After all, there's no reason for the wealthy to complain.

Enter John Arnold, a Houston-based billionaire who is considered one of the most thoughtful philanthropists. He has come out criticizing DAFs and people took notice largely because he is one of the first billionaires to criticize this system that so benefits billionaires. Arnold believes that giving is more effective when it is tied directly to the person who is funding the decisions. When professional staff manages large foundations, it becomes more bureaucratic and the willingness to take risks – one of the cornerstones of effective giving – decreases. 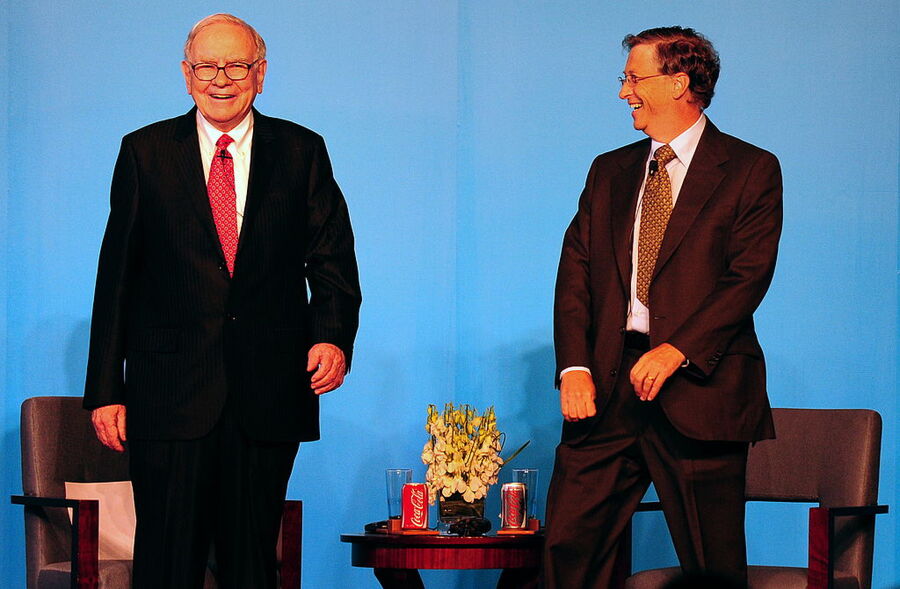 John Arnold is a former energy trader implicated in the Enron scandal. He was raised in Dallas and graduated from Vanderbilt University in 1995 with a degree in math and economics. It took him just three years to complete college. He began his career at Enron as an oil analyst but was promoted to assistant trader quickly. In 1996, one year after graduating from college, he was moved to the Natural Gas Desk to trade natural gas derivatives. He is credited with making three quarters of a billion for Enron in 2001 using the company's new Internet based trading network, EnronOnline. As a result, he was awarded the largest bonus in Enron history – $8 million – just days before the company declared bankruptcy, costing shareholders $74 billion.

Arnold used his Enron bonus to found Centaurus in 2002. Centaurus quickly became one of the major players in energy trading, returning as much as 150% in 2005.

John and Laura Arnold joined the Giving Pledge in 2008, the same year they formed the Laura and John Arnold Foundation. Since that time, the foundation has given more than $1 billion in the areas of pension reform, pretrial and criminal justice reform, prescription drug price reform, the quality of academic research, combating predatory higher education practices, the evaluation of social programs, school system governance reform, and electoral reform.

Arnold felt the need to speak out against DAFs because philanthropic foundations have very little accountability. Arnold worries that DAFs delay and reduce charitable giving. He believes that this generation has a moral imperative to solve this generation's problem and stashing that money away to be spent in the future, by someone else, is inefficient. When wealthy people delay giving and find themselves at the end of their life, they end up having to write large checks – which can only go to organizations that can accept a large check. There are three types that can accept big checks: colleges, universities, and hospitals. Arnold's beef with this is that those sectors are well funded already and social services are in desperate need of funding.

DAFs such as the Silicon Valley Community Foundation are making token donations every few years and essentially letting the money build up. DAFs can go an entire calendar year without donating any money and that is perfectly legal. This practice effectively makes DAFs just an investment fund. Arnold believes that every DAF should meet the minimum 5% donation level. He simply believes that the influence of dead people should decrease as time passes. After all, they don't live in the world today or know the issues today's society faces.

Now, all of that said, Arnold and his wife did convert the Laura and John Arnold foundation into a DAF in 2019. Now called Arnold Ventures LLC, the new entity's mission is "to remove barriers between data and decisive action, working swiftly across the policy-change spectrum." The difference with Arnold's DAF is, as of right now, it would be shut down because it ran out of money five years after he and his wife's deaths. The couple doesn't want any of their entities to exist five years after they die. If they died tomorrow, a much higher spend rate over the next five years would have to be implemented.

Arnold is married to Laura Munoz Arnold. She is a graduate of Harvard, Yale Law School, and has a Master of Philosophy in European Studies from Cambridge. She was formerly an attorney and oil company executive in Houston. The couple has three children.