By Joseph Gibson on September 12, 2016 in Articles › Billionaire News

Hong Kong's wealthiest residents have been the victims of a string of daring burglaries over the last month, and the latest is American billionaire Jim Thompson. According to the South China Morning Post, Thompson's HK residence in the wealthy district of Deep Water Bay was burgled earlier this week, with the businessman's prestigious Gold Bauhinia Star medal and several pieces of jewelry being taken from his home while he was away on vacation.

The total value of the stolen items hasn't been released, since authorities recovered them soon after the burglary was discovered, taking a 26-year-old man visiting Hong Kong from mainland China into custody in connection with the stolen loot. A source within the Hong Kong police department described the burglary as follows:

"They cut open a metal wire net at a hillside to break into the luxury private housing estate and then climbed into the three-story house by prying open the ground-floor study room's window. The master bedroom, closet and study room were ransacked before they escaped through the same route."

While Thompson was on vacation, a 50-year-old "domestic worker" was in the house at the time of the burglary, but he didn't discover anything was amiss until about two hours later that night. Although the goods were successfully recovered following a police sweep, authorities are reportedly still on the lookout for the apprehended suspect's partner, and are trying to ascertain whether the burglars could have been hired by a larger gang or are somehow connected to the other five burglaries of wealthy homes within Hong Kong in the last month. 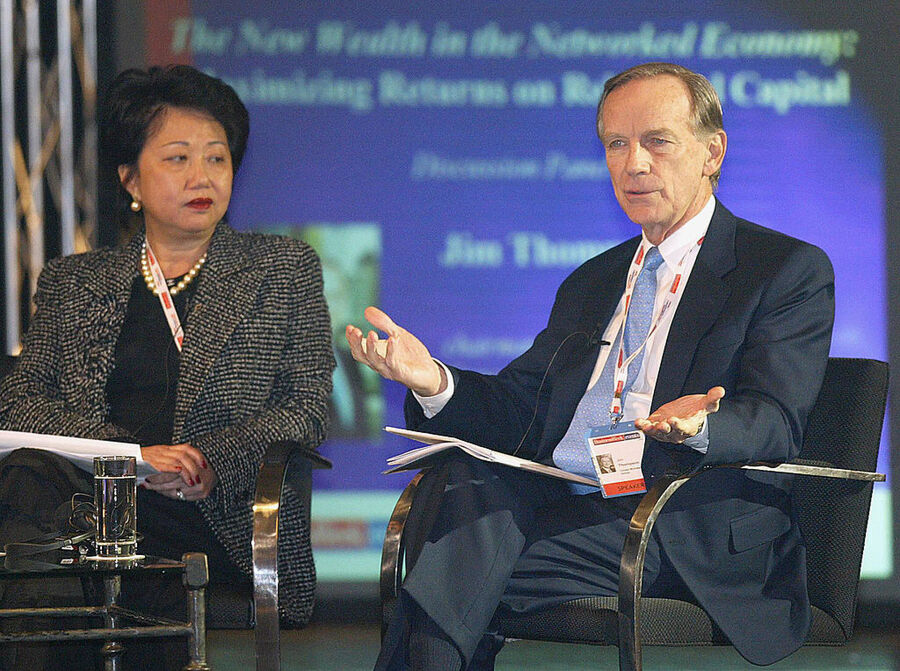 As chairman of the Crown Worldwide Group headquartered there, Jim Thompson is one of the richest people in Hong Kong, with a net worth of about a billion dollars. But last month, this burglary spree (if it does indeed turn out to be the work of one gang) started at the home of Cheng Yu-tung, the third richest person in Hong Kong – so if you're extremely wealthy and you have anything worth stealing in Hong Kong, now may be a good time to upgrade your security system.