By Joseph Gibson on January 23, 2020 in Articles › Billionaire News

Spanish billionaire art collector Jaime Botín has been in trouble regarding a Picasso painting entitled Head of a Young Woman. The painting was seized aboard Botín's yacht back in 2015, after authorities alleged he was attempting to smuggle the work out of Spain in order to sell it in London. And now, the BBC reports that he's been sentenced to 18 months in jail and a $58 million fine.

In Spain, it's a crime to take any piece of art more than 100 years old (the painting dates back to 1906) and which qualifies as a national treasure out of the country without declaring it. Botín purchased the painting in London back in 1977 and had already asked permission to take it out of Spain, and was denied. In court he argued he was taking the painting into Geneva to store it there, and also that the painting was not truly a rightful Spanish national treasure since it had only been on Spanish territory for about six months since he bought it more than 40 years ago. 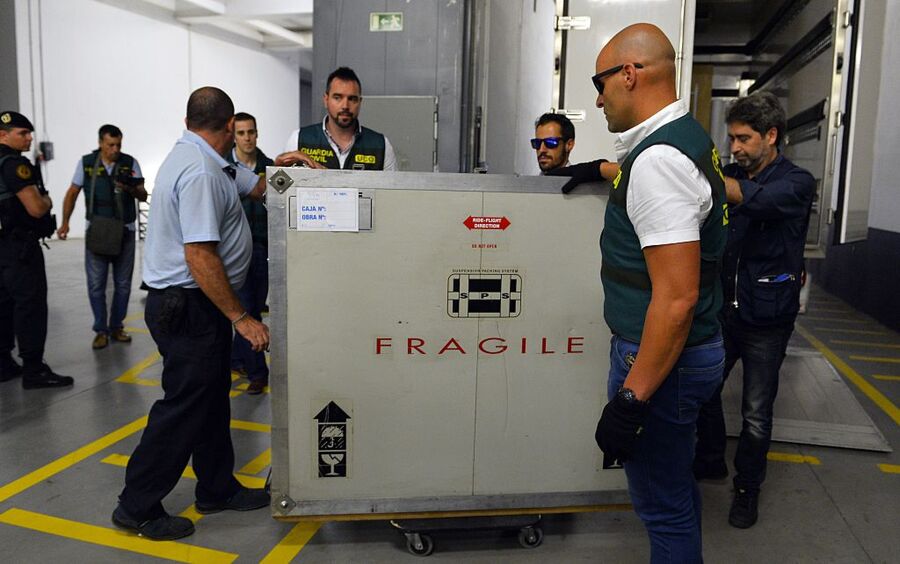 Botín still has the option to appeal the sentence, which he reportedly might do, but it's also unlikely he will actually seen any jail time thanks to a law in Spain that usually suspends prison sentences for first-time, non-violent offenders. In addition to the fine, however, he was also required to forfeit the Picasso, which was confiscated by the Spanish government (the photo above shows it being siezed by authorities) and donated to Madrid's Reina Sofia art museum. And this is also not Botín's first brush with Spanish authorities – back in 2010 he settled up with the government for nearly $1 million after allegedly hiding financial assets in order to avoid taxes.

Botín is the grandson of the founder of the Santander bank, an institution which he served as vice president until his retirement in 2004.