By Joseph Gibson on February 9, 2019 in Articles › Billionaire News

As climate change continues to cause the Earth to warm and increasingly alarming environmental side effects continue to pile up, the race to see if the human race can solve (or at least deal with) the problem is heating up as well. And in the leading pack, you almost have to give it up for billionaire investor Jeremy Grantham, who has pledged a billion dollars – some 98 percent of his net worth – to the fight against climate change.

The pledge comes as Grantham and his wife Hanne are already donating roughly $30 million a year to eight large nonprofit organizations involved in environmental activism, as well as 30 smaller ones, but in a presentation he gives to investors and other interested parties called The Race of Our Lives, he makes clear why the fight to ameliorate and adapt to approaching climate-based changes will take a lot more than that. In these presentations, he focuses on what he says is the key point to all of the alarming data about Earth's changing climate: Agriculture. As he explains to Bloomberg:

"Agriculture is in fact the real underlying problem produced by climate change… Even without climate change, it would be somewhere between hard and impossible to feed 11.2 billion." 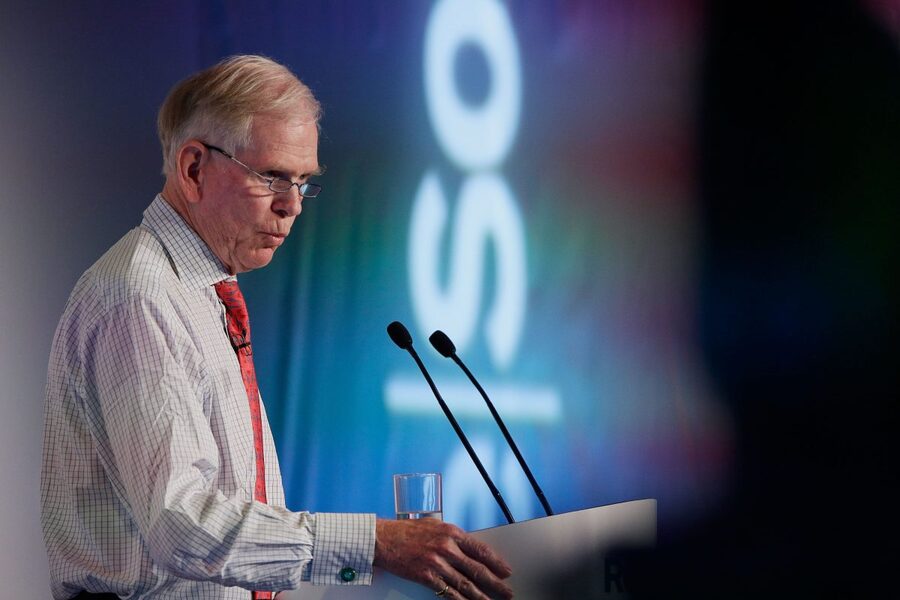 That's what the United Nations estimates Earth's population will be in the year 2100. Grantham's goal is no less than the complete "decarbonization" of the global economy, and even though he's pledging the bulk of his fortune to make that happen he expects to be able to make some money too, making investments in companies and commodities that would benefit from the decarbonized economy – clean energy, agriculture, water, energy efficiency, being just a few of the businesses that would fall under that sphere.

All of Grantham's environmental work happens in a "small, nondescript room" at Grantham Mayo Van Otterloo, the investment firm he co-founded. The room belongs to Ramsay Ravenel' GMO's executive director and one of just two full-time staff members for the massive project. That surprisingly small staff gives it a fleetness that Grantham says is an advantage compared to other, larger organizations:

"We can move fast. We answer to nobody… On at least a monthly basis, including yesterday, we sit down and say, basically: 'Wipe your mind clean, what are we trying to do here?'"

Now, the formerly apolitical "liberal Republican" turned hardcore environmental activist knows that at 80 years old, his time is even more limited than the planet's. But hopefully, he will continue to make the most of it and put a dent in the fight against climate change.