By Joseph Gibson on November 5, 2019 in Articles › Billionaire News

Divorce can be a contentious situation no matter how much money you have. But if you're in a dispute with an ex over property, consider the split between billionaire Harry Macklowe and his ex-wife Linda Macklowe, who The New York Times reports are currently feuding over an art collection valued at nearly a billion dollars.

You might remember Macklowe as the man who emblazoned a giant photograph of his new wife on the side of a building in New York City. But now he and his ex-wife are still embroiled in a dispute over how their property is to be split up, and the highlight is probably the incredible art collection featuring more than 150 works from artists like Picasso, Rothko, and celebrity sculptor Jeff Koons. The dispute encompasses not just who gets what, but how much the individual pieces are worth – the Times cites a rare congruence between the two parties valuing a certain Andy Warhol piece depicting Marilyn Monroe at $50 million – but it's reportedly been estimated to be worth almost $1 billion all told. 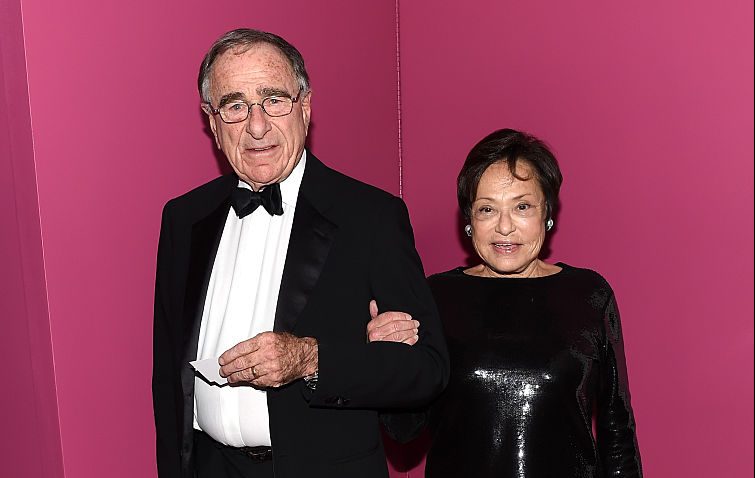 The divorce between the Macklowes was granted towards the end of last year, but the property disputes between them are ongoing, thanks to the massive amount (and value) of possessions the two managed to accumulate over nearly 60 years of marriage. Recently, an appeals court confirmed a lower court's ruling that Linda was entitled to $39 million worth of their art collection, plus their former Plaza apartment, but the remainder of the collection, including that Warhol piece, will be sold at auction. But the art is especially difficult to distribute fairly given that the two parties can't seem to agree on how much it's worth. During one lower court proceeding an expert hired by Harry said the collection was worth $788 million, while one hired by Linda appraised it at $625 million – both totals are significantly less than the one reached by Christie's back in 2015 for insurance purposes: $937.5 million.

A former Sotheby's vice chairman says that soon it won't just be the Macklowes fighting over the art, but the entire "art world," which will understandably be abuzz about a collection he calls "fairly staggering" and "one of the great prizes." Of course, one option would have been to simply sell all the art and to split the proceeds, but since Linda had no desire to part with the art and wished instead to enjoy it, as a ruling from one presiding judge states:

"She stated that she wished to enjoy the collection and sell individual pieces only as necessary to support her standard of living."

That's all well and good, explains Harry's attorney, but it would have created a bit of a tax bite for his client:

"The wife wanted all the major pieces of art to go to her, and she would decide what to sell and when to sell it…The husband would have to pay taxes on what would be sold, because the value that would be attributed to the works would be the after-tax value. She would keep the art, the art would get sold and he would pay the taxes."

So now it seems that much of the collection at least will be auctioned off after all, if for no other reason than to sustain the lifestyles that both Macklowes have grown accustomed to, a necessity given that according to one attorney 60 to 75 percent of the former couple's assets are tied up in the collection.