By Joseph Gibson on August 15, 2016 in Articles › Billionaire News

The moon, like free lending libraries and national parks, has been, up until now, a completely public domain of the United States. But with private space travel picking up speed, it was really only a matter of time before a privately-funded craft took one small step for profit margins, one giant leap for stockholders – and now, Moon Express, a company co-founded by billionaire Naveen Jain, has gotten approval for plans to put an unmanned craft on the surface of the moon.

Jain is joined by Bob Richards and Barney Pell in the Moon Express endeavor, which last week got official approval from the Federal Aviation Administration for their MX-1 lunar lander, which, if the mission is successful, will be the first privately-owned craft ever to land on the surface of the moon. As you can imagine, this is a big point for Jain, who emphasized it heavily during a brief interview with NBC News:

"This approval makes us the first company ever in history to ever be granted an approval to leave Earth's orbit and land on a celestial body."

In case you're wondering why Moon Express, or any private company, requires governmental approval to land on the moon, it has to do with the United Nations' Outer Space Treaty, signed and instituted during the 1960s. It subjects non-governmental entities to state approval before launching a craft into space, which at the time might have seemed like a crazy science-fiction scenario, but has gradually become a realistic and plausible one. 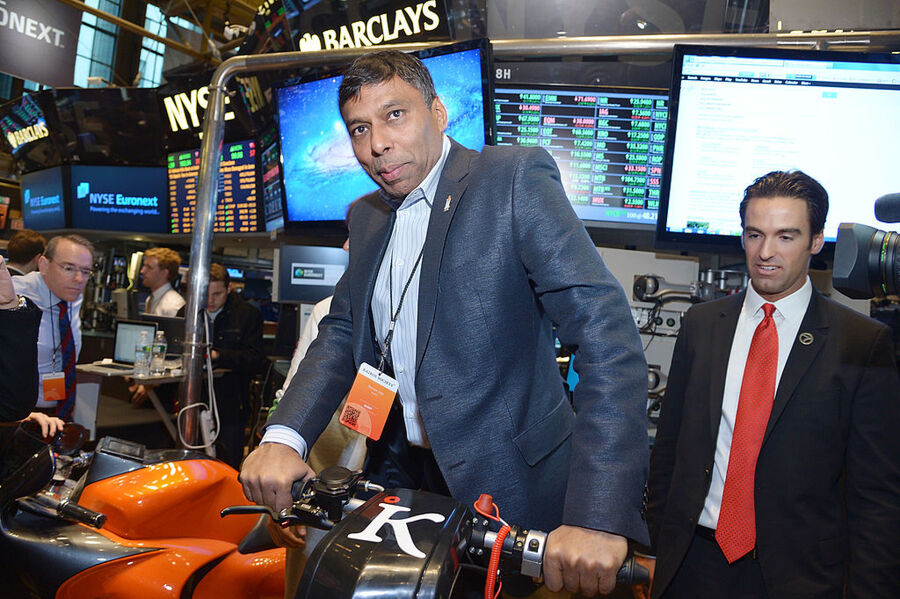 Unlike the United States in the 60s, which wanted to make it to the moon just to prove it could, Moon Express plans to get their money's worth from their trip to the moon. The plan is to harvest myriad natural resources that have, so far, been out of reach on and under the surface of the moon, including valuable metals, like titanium and platinum. Here's Jain again, going into detail on all the lunar goodies he hopes to bring back to Earth from the moon:

"The moon has been collecting the asteroid material for the past four billion years and has an abundance of real Earth elements and water. It's good for business. Imagine getting engaged and instead of a diamond, giving your fiance a moon rock ring."

For now, though, the plan is to put a relatively inexpensive $5 million lander on the moon's surface that will be able to "hop" around the moon and collect data. Jain and his Moon Express company's plans go much further than simple exploration, however, and his ambitions include literal honeymoon trips to the moon (perhaps made by couples having worn moon rock engagement rings), as well as using the moon as a checkpoint in missions to colonize Mars for human habitation. It's an exciting time to be alive if you're interested in man's journey to the stars, that's for sure.