The Albrecht family is the billionaire clan behind Aldi and Trader Joe's. They are feuding because one of Aldi's founders cut her grandchildren and daughter-in-law out of her will due to their lavish spending. Cacilie Albrecht is the wife of Theo Albrecht, who founded Aldi with his brother Karl. She accused the five children of her late son Berthold and his widow Babette, of spending excessively, which is way out of line with the company's frugal philosophy.

Cacilie died in November 2018. In her will, she accused Babette and her children of taking $112 million from one of the family's company's foundations to fund their jet setting lifestyles. She also alleged that they blocked decision making within the company and should no longer have any say in the Aldi parent company in the future. Babette and her children have denied the allegations against them.

Theo and Karl Albrecht took their small family grocery store and turned it into a global discount grocery empire. Their idea was that people in the industrial and working class areas weren't concerned with fancy packaging or sleek stores – they just wanted affordable food they could buy daily. Aldi stores' slogan was "The best quality at the lowest price." The stores were spartan – they didn't even have shelving. The company did no advertising. The Albrecht brothers changed the name of the store to Albrechts. By the early 1960s, they had more than 300 stores and had changed the name one more time. They now called their chain of discount grocery stores Aldi, which is an abbreviation of Albrecht Discount. 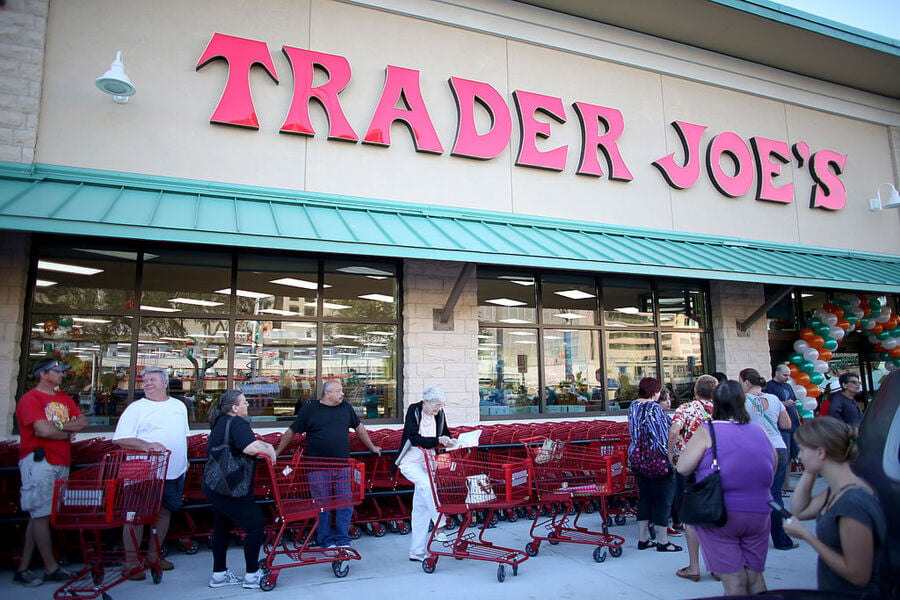 In the 1960s, the brothers agreed to split the company in half. Theo took over Aldi Nord (north) and Karl took over Aldi Sud (south). The companies are often lumped together but have been operating as completely separate businesses since 1966. Over the next several decades, Aldi Nord and Aldi Sud expanded rapidly. Aldi began expanding internationally in 1967 when Karl's Aldi Sud bought the Austrian grocery chain Hofer. Theo's Aldi Nord opened its first stores abroad in the Netherlands in 1973. Other countries soon followed. Aldi opened its first U.S. store in Iowa in 1976.  In 1979, Theo's Aldi Nord bought Trader Joe's. The company controls 100% of Trader Joe's to this day. In 2015, Aldi Sud announced it would be expanding into the Southern California market, the home of the bulk of Aldi Nord's Trader Joe's stores.

In her will, Cacilie Albrecht referred to the frugal nature of the family by saying:

"With this document I undertake to ensure the preservation of the philosophy of our family, which is to serve the consortium Aldi Nord and to foster this, at the same time as setting aside self-interests and practicing a modest and abstemious way of life."

She also said that before his death, her son Berthold had expressed concerns that his kids did not understand the hard work of the family. The will states"

"Berthold himself said when he was alive that he had considerable doubts as to the suitability of his children to respect the life's work of my husband who, with my support, built the consortium Aldi Nord, and to serve it with respect and with responsibility towards its thousands of employees."

Reportedly, some members of the family have distanced themselves from Babette Albrecht because of her lavish spending on vintage cars, art, and her lifestyle. She once appeared on a German reality TV competition.

Aldi Sud operates in the US, UK, Ireland, China, and Australia. Aldi Nord operates in Belgium, Denmark, France, Luxembourg, the Netherlands, Poland, Portugal, and Spain.The Albrecht family also owns the popular grocery store Trader Joe's, which has nearly 500 stores in the U.S. and $13 billion in annual revenue. The Albrecht family has a net worth of $38.8 billion, making them the 11th wealthiest family in the world. Theo Albrecht died in 2010. Karl Albrecht died in 2014. They are a notoriously private family who rarely granted interviews or made public appearances.