By Joseph Gibson on December 16, 2015 in Articles › Billionaire News

If you don't know anything about sailing, you might assume that the "Jules Verne Trophy" is some kind of award given out to science-fiction authors, or maybe submarine enthusiasts. But actually it's a prize given to the sail around the world in the shortest amount of time – a record, which, incidentally, is a lot less than the figure posited Verne's Around the World in Eighty Days (then again, Phileas Fogg wasn't speed-sailing the whole time).

Right now, Swiss billionaire Dona Bertarelli is making an attempt to beat the record and take home the Jules Verne Trophy along with partner Yann Guichard. And as of this writing they're about 1700 nautical miles ahead of schedule, about three and a half weeks into their voyage around the world. If she can circumnavigate the entire globe in under 45 days, 13 hours, 42 minutes and 53 seconds, she'll be the new holder of the Jules Verne Trophy. That record was established back in 2012 by Loick Peyron, who probably feels some kind of way about having his trophy in jeopardy after such a short span of time. Interestingly, the craft they're using to make this journey around the world is the former and renamed Banque Populaire V, the boat piloted by Peyron to set that record. Clearly, when you're a billionaire you can afford the very best equipment for whatever it is you choose to do. And it was as close to an impulse buy as such a thing could be, according to Bertarelli as quoted in a recent CNN story about her record attempt:

"We just bought it and I was just keeping my fingers crossed that I would enjoy it, that I would not be sick, that I would be able to have a role on board which I really wanted, that I would be able to help — because that was my challenge. It was really during the Discovery Route that we did three years ago, doing that offshore sailing and that record. We were 10 days at sea when we arrived back in Miami and I said, 'I want to go, let's go back, I'm ready for some more.' I just loved it and the Jules Verne came just right after that, I said, 'Okay the ultimate challenge, then it's 45 days at sea,' and I prepared for that challenge ever since." 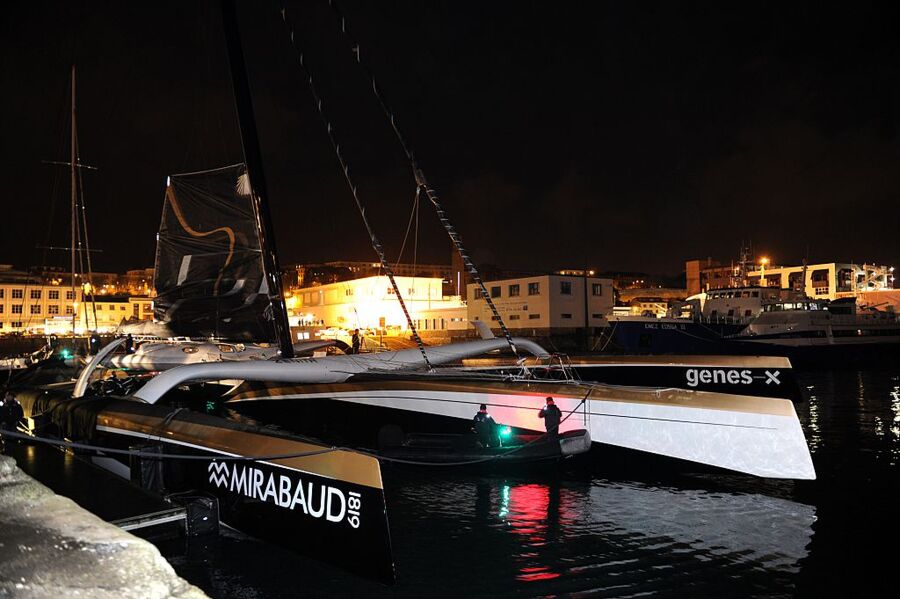 Bertarelli, in addition to being one of the most successful businesswomen in Europe with a net worth of around $4.5 billion, is also an experienced sailor, but she only got into off-shore sailing recently in an effort to find sailing projects she could embark on along with Guichard (he being an experienced off-shore sailor). If they make it, they will be joining a fraternity of eight sailing crews in history to have set the world record, with only 15 others having even attempted to win the Jules Verne Trophy. And with about three weeks left to go before the record is lost, they have plenty of reason to be optimistic.