By Joseph Gibson on July 30, 2019 in Articles › Billionaire News

It has been said that a meeting with the Dalai Lama can change your life forever, giving you a new perspective on the world, its inhabitants, and how they all relate to one another. We saw it happen with Carl Spackler, and now we're seeing it with billionaire philanthropist Denny Sanford, who has pledged a gift of $100 million to UC San Diego to study empathy and compassion, and he says it was a recent meeting with the Dalai Lama that inspired the pledge.

Sanford, who has already made something of a life's work from his large philanthropic donations, announced the pledge in a press statement, in which he discusses a private meeting with His Holiness back in 2017, when the Dalai Lama was on the UCSD campus to deliver a commencement address (pictured below):

"I have been inspired by the work and teachings of the Dalai Lama, whose interest in the intersection where science and faith meet is deep and profound…I have had the opportunity to see how grace, humanity and kindness can change people and the world. This gift extends that vision." 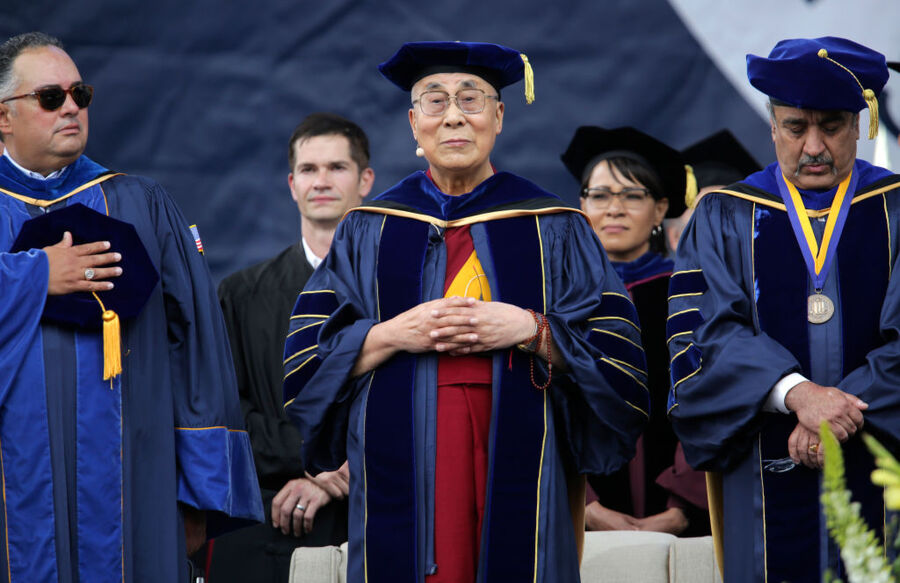 The grant will go towards studying compassion and empathy specifically as they pertain to those in the medical field, who Sanford says can sometimes lose sight of these qualities in the often harsh, ultra-scientific worlds they inhabit:

"Doctors work in a world where compassion is essential, but often lost in the harsh realities of modern medicine. If we can help medical professionals preserve and promote their compassion, based on the findings of hard science, the world can be a happier, healthier place."

It's not often that a university gets a grant of this size for something like this, more often than not such a gift would go towards something much more pragmatic, as Chronicle of Philanthropy managing editor Dan Parks told The San Diego Union-Tribune:

"It's no longer unusual to see universities get $100 million gifts for things like sports complexes and business schools, which quite often draw controversy about whether its the best use of the donor's money…But it is highly unusual to see a gift of this size to study such things as empathy and compassion."

If it sounds like a pie-in-the-sky dream to get scientific insights into things like compassion, recent advances in brain monitoring technology make it possible to study these qualities in a more objective and yes, scientific way than ever before. Sanford is hoping that with $100 million worth of resources, researchers as UCSD will be able to figure out ways to optimize compassionate and empathetic feelings among doctors and other medical professionals, improving the quality of care for everyone. And it's all thanks to a conversation with the Dalai Lama.