The Billionaire Denim Impresario Who Lives Like A Rock Star

By Amy Lamare on October 1, 2016 in Articles › Billionaire News

Renzo Rosso looks more like a rock star than a fashion designer, and that is reflected in the style of his brand, Diesel. From the start, the Italian entrepreneur took an aggressive approach to building his brand. His first Diesel Jeans store was deliberately located directly across the street from a Levi's store on Manhattan's Lexington Avenue. This bravado, coupled with his design talent, have led to his nickname "Jeans Genius" and his $3.5 billion dollar fortune, built from his 100% ownership of Diesel Jeans.

Rosso was born in 1955 in Northeastern Italian village of Brugine. He grew up living the simple life of the son of farmers. He helped his dad in the fields after school and, after seeing how hard the life of a farmer was, became determined to do something else with his life. In 1970 he began studying industrial textile manufacturing. It was during this time that he made his first pair of jeans – a low-waisted, bell-bottomed pair made on his mother's sewing machine. He continued to experiment with denim, making different styles of jeans that he would give to friends or sell at school. 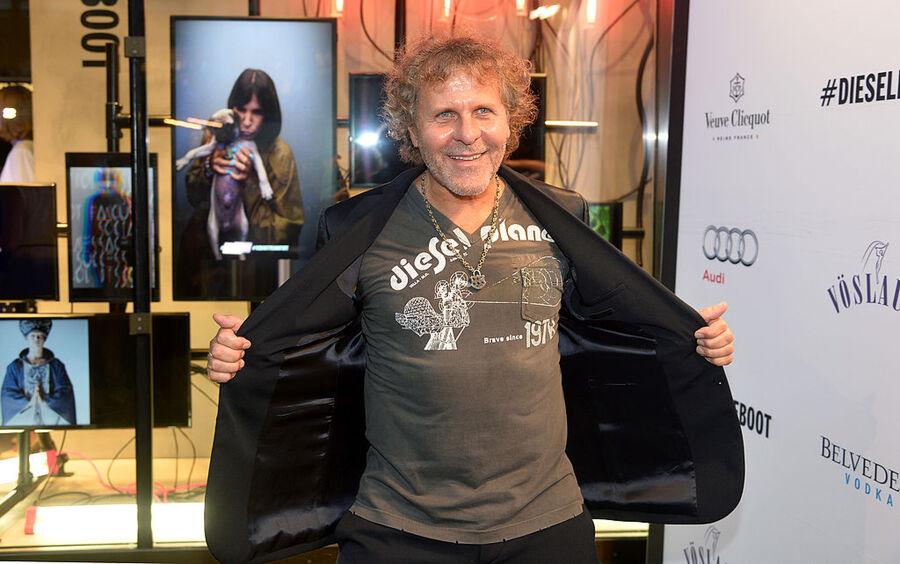 Renzo dropped out of college in 1975 and went to work as a production manager at local clothing manufacturer Moltex, which made trousers for several Italian clothing labels. Moltex grew rapidly during Rosso's first two years there and in 1978, after he had increased the company's production beyond what his bosses ever considered possible, he was ready to leave and strike out on his own.

Renzo Rosso chose Diesel as the name of his company because diesel was considered to be an alternative fuel during the oil crisis of the time and he liked the idea of his brand being perceived as an alternative jeans brand. It also helped that the word is an international term pronounced the same way all over the world, appealing to Rosso's view that fashion should not be segmented by country, but rather by lifestyle.

Rosso's view was right on the money as in 2004, after following his core values for almost 20 years, CNN proclaimed Diesel the "first brand to believe truly in the global village and to embrace it with open arms." Since 1978 Diesel has sold more than 100,000,000 pairs of jeans.

By the late 1990s, Diesel was getting hotter worldwide in fashion circles, thanks in big part to advertising and the Internet. Diesel was the first major fashion brand to launch a website in 1995. In 1997 Rosso followed that up with an online store. In the late 1990s, Diesel opened a number of stores around the world, starting with Lexington Avenue in New York, as well as Milan, Paris, and Rome.

From the start, Rosso has looked at fashion from a global perspective. Diesel wasn't going to be limited to Milan and Rome, or even Europe. He wanted to go global. Clearly he succeeded at that. In the 2000s Rosso focused on increasing Diesel's global reach even more, through opening more company owned stores, strategic brand collaborations, and expanding the business and product line of Diesel.

In the early 2000s, Rosso also began investing in other designers and companies – but only those whose creativity he admitted. He created the holding group OTB (Only the Brave) in 2008 and today owns not just Diesel, but also Viktor & Rolf, Marni, Maison Martin Margiela, and Staff International. OTB employs more than 7,500 people worldwide.

Rosso paved the way for the designer denim explosion of the post-2000 era. Rosso has extraordinary vision both creatively, corporately, and when it comes to investments. He's been called the 'Jeans Genius,' the 'Denim God,' and the 'King of high-end casual wear.'

Rosso's entire career trajectory has been balls out flamboyant. He knew what he wanted and he went after it with gusto. The entrepreneur created high-end denim and transformed the jeans market, becoming a billionaire along the way.