By Amy Lamare on September 1, 2017 in Articles › Billionaire News

A little more than a year ago, we told you the tale of Vinod Khosla and his private beach. For five years now, billionaire Indian-American entrepreneur has been embroiled in a legal battle over Half Moon Bay, California's Martins Beach. Khosla bought Martins Beach for $32.8 million in 2008. The previous owners had always allowed the public to access the beach. The spot is popular with fishermen, surfers, and picnickers. For the first two years, Khosla played along and allowed access to the beach. Then he restricted access to the popular beach by installing a gate on the only road that leads to the property and hiring guards to make sure that the beach remained for Khosla's private use only.

The problem is that California law states that all beaches are open to the public up to the mean tide line – the highest point of the waves crashing onto the sand. Now, a California court has issued an order to Khosla to open the beach. However, he is refusing to do so and the gate across the road leading to Martin's Beach remains closed with 'No Trespassing' signs clearly posted. 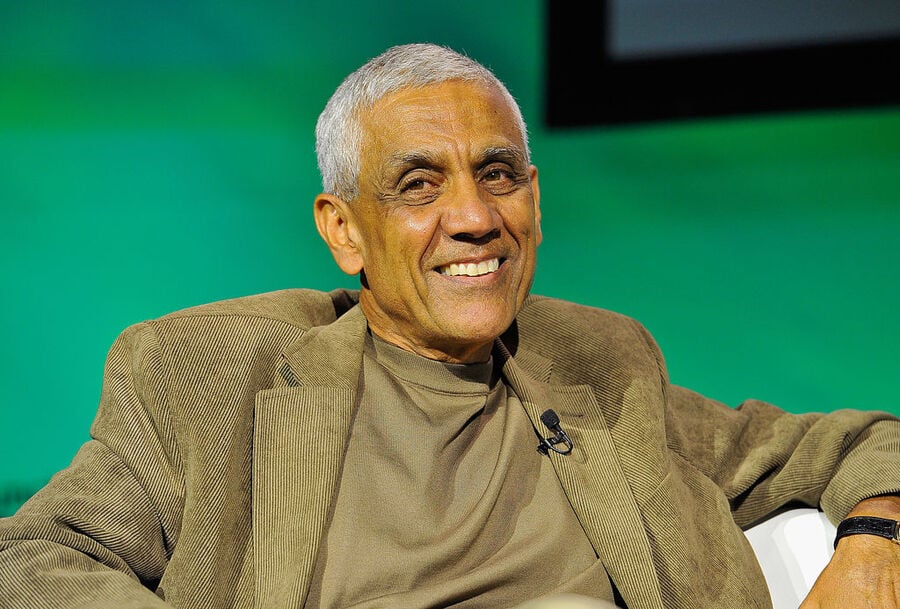 Vinod Khosla is the co-founder of Sun Microsystems. After he stopped allowing free access to the beach as the previous owners had, he tried charging a small fee to access the beach. That lasted less than a year before he erected a gate with a remote controlled lock. He also painted over the billboard that advertised the access to the beach.

The road to the beach leads to several oceanfront cabins. For what it's worth, Khosla claims that people staying in those have access to the road but only at Khosla's discretion.

The Surfrider Foundation sued Khosla's Martins Beach LLC, arguing that closing access to the beach required development permit from the California Coastal Commission and was a violation of the Coastal Act that requires public access to the coast. That case is pending, however an appellate court ruled that the gate must remain open as the case moves through the legal system.

As of last weekend, Khosla was defying the court order. The gate was locked and the 'No Trespassing' signs remained in place.

The San Mateo County Sheriff's Office is not going to enforce trespassing violations at Martins Beach.

At least one enterprising beach goer found a way around Khosla's locked gate. He simply walked around it.