By Joseph Gibson on June 18, 2015 in Articles › Billionaire News

What's the best three week stretch you've ever had? I don't know when it was or what it was for me, but it's a safe bet that it wasn't as good as the one experienced by Wang Han, whose 27 percent share in Juneyao Airlines – inherited from his father– recently hit a spike and made him one of the youngest billionaires on Earth at the tender age of 27. More precisely, he has a net worth of around $1.2 billion (in American dollars), making him one of the few billionaires to earn that title while still in their 20s. Of course, for him to have earned the title of youngest billionaire on Earth, both fellow countryman Perenna Kei and Snapchat founder Evan Spiegel, among others, would need to hit a streak of bad luck, since they're both younger than Mr. Han.

Han inherited his Juneyao stock back in 2004 when his father died, but it wasn't until an initial public offering at the end of last month that it really started to pay off. Since the IPO on May 27th, the company has gone up in value by ten cents a share a day, which happens to be the limit in China's state-regulated stock market exchange. The regulations don't seem to be keeping anyone from making off like bandits, though, as the Shanghai Composite Index  has experienced a reported 58 percent surge in value over the past year alone, and the surge has created more than 75 billionaires in China in that span of time. 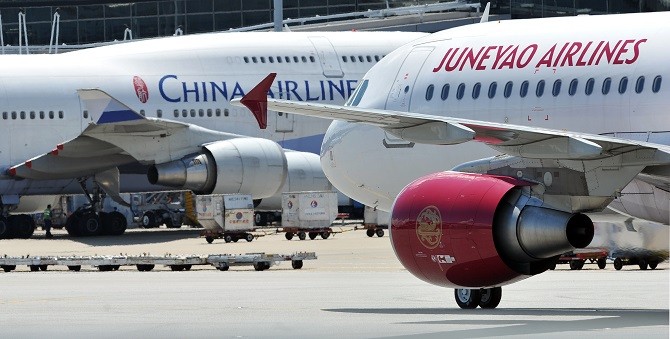 Depending on how you count them, as many as three of those billionaires come directly from the Juneyao Airlines payroll. There's Wang Han, and also his uncle Wang Junjin, who serves as chairman of the company and owns a 26 percent share of its stock. Then there's another uncle, Wang Junhao, who's well on his way to a billion dollar net worth as the company's stock continues to grow.

One interesting thing about Juneyao Airlines' fortune is that in China, aviation is a notoriously difficult field in which to make a killing, with profit margins on the low side. But Juneyao appears to have caught on with investors, and thanks to his recent inheritance, Wang Han is reaping the rewards.

As for Wang Han's life, apart from having become a billionaire in the family airline business, he doesn't appear to have lived much of his life in the public eye, at least not in the English speaking world. But at age 27, and with $1.2 billion to his name, he can definitely afford to pursue any kind of life he wants as he moves forward.